This is the third plane that I am using R9slim+ receiver with Fport setup. the plane still get failsafe type of messages. here is log file. can anyone help me to take a look of this log and tell me what was wrong?

Reason =3 is a radio failsafe.

Just because RSSI is above zero doesn’t mean it still works. It looks pretty consistent that when the RSSI drops below ~.65 for any time you start to get the fail safes. It suggests that even though there is still signal, the quality of the signals is poor enough that it’s not getting reliable communication. Or there is interference that is causing the issues. At that point you’ve flown a long way out so perhaps for that location you’re at the limit of that radio.

Check your antennas. Make sure the connections are good, and there’s no bad solder joints. Are they all orientated the same way on the plane and your radio. I don’t know the R9 setup to suggest any tweaks there.

have this problem with r9slim’s too

I replaced the R9slim+ receiver today. and I still receive the message of failsafe kind. could it possible of some bug of the firmware?

Maybe. But I doubt it.

You fly further away, RSSI goes down, fail safes start to happen. You get closer, RSSI goes back up, failsafes stop. What other things could be causing interference? Is there a power line near by? You’re flying near homes, could someone have another transmitter in the area that is outputting a conflicting signal? Is there something wrong with your antennas? Are they both placed in the correct orientation? Is there something between you and the plane when it’s flying?

Thank you for your reply.
In order to avoid any possible bad connection I have changed the connector from receiver to FC and I gave another try this afternoon and it still act same.I can get falesafe message less than 100 meters.

I frequently go to this site to fly. And usually it goes 10 kilometers as a minimum. The furthest distance I have ever done is 22 kilometers at this site. It was Inav though. This plane used to flashed with inav. And it never gets this falesafe message. Anyway, I have got a new antenna and I will try again and let you the result.

I also contact Frsky. They don’t think it’s the firmware problem of their receiver. But they’re checking on it now.

I gave another try this afternoon with a new antenna. It gets little better. Just like what you said when the rss drops 60 below failsafe starts.

I have a question, is there any param that we can set this a number of 60 lower to 10 or 20 something.

@Alexey_Degterev
Can I ask you one question How much of the number of RSSI when your failsafe message starts?

Not that I know of. The RSSI value doesn’t trigger the fail safe, its value only correlates what’s going on. The failsafe will be triggered by the fact the FC is not getting the data it needs at the rate it’s expecting.

From the Wiki regarding the cause of failsafes:

Recognizing that you’ll get failsafes when the value goes below 60 is a way to warn you of trouble. And that value is dependent on the type link you’re using, the way you’ve installed it, and the area you’re flying in. That’s why you don’t see magic numbers of what is good RSSI and what is bad.

hello. Did your standard antenna break?
Check it in this place 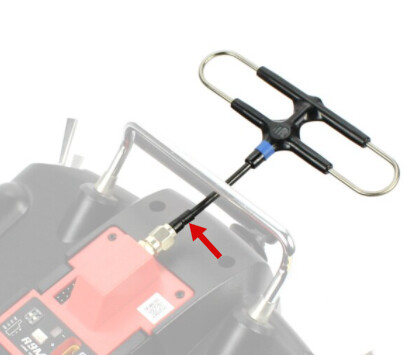 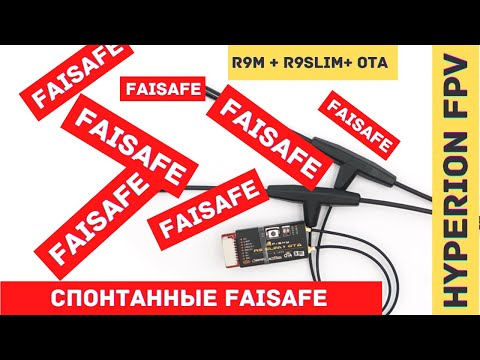 here video with failsafe problem.
after this i flew two times on another plane without any failsafe

I was wondering if anyone got a fix for this? I have an r9m and I get this exact same issue. Running 4.1.7.

It seems there are quite some people in this forum with this issue so I don’t believe at this point it’s a setup issue.

Is there is a setting in Ardupilot for the timing of a failsafe? For example, how long to wait until a failsafe is activated?

I fly iNav on this also but I don’t get the failsafe but I notice iNav has a setting to wait for a failsafe. So I’m wondering … fro whatever reason there is a blip in the matrix but it would be nice to be able to ignore the blip for a few seconds to stop the failsafe ?

Is there is a setting in Ardupilot for the timing of a failsafe? For example, how long to wait until a failsafe is activated?

have you fixed it? I still have this issue on the 4.2.1 stable firmware.

This still happens on my aircraft, seems to randomly go into a failsafe short event, then comes back, this can happen even at close proximity flying. I haven’t tried the latest firmware. At this point I’m unsure if it is a hardware or software issue.

Not sure what else to suggest apart from try another Frsky model, slim+?

Expensive but you could try another R9M module for the transmitter?

yes, the failsafe does not matter to the distance. it happens every flight. I tried on inav and it was all fine. so I suppose it is software issue.

what is the another R9M? mode type?

I think they’re suggesting that you try a different receiver.

yes I did try other r9m. it still act same.