I’m using a companion computer to send velocity commands over Mavlink to ArduCopter (modified 3.4 version) running on PixHawk through FTDI-USB cable. This works quite well.

But sometimes, when I try switching to Guided mode this fails.
The PixHawk makes a beeping sound and then tries to land.
At the same time there is a message on Mission Planner saying “failed to upload home location (1)”.
This error doesn’t happen each time I try to go into guided mode, but half of the times it does.
If I then switch a few times between loiter and guided mode in flight, it at some point doesn’t give the error anymore and just goes into guided mode.

What could be the reason for this?

First step would be to try that with an unmodified Copter release, and also place some vehicle logs to see why the command was refused. Also those modes, by default, require a good GPS status and can be refused if the GPS status is not good enough, but again logs help to trace this.

Thanks for the fast response.
I doubt that my modifications, how little they are, in ArduCopter might be the source, but I won’t rule it out.
I’ve downloaded the logs and found two errors: 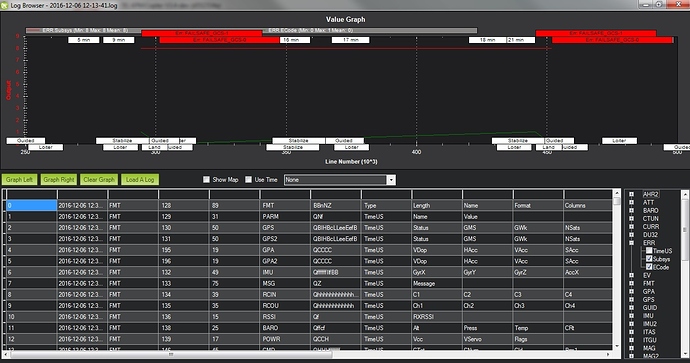 Do you or anybody know what this means?

That means the GCS failsafe triggers (1) and clears (0).

It did indeed.
I’ve set FS_GCS_ENABLE equal to zero as my primary control is a RC transmitter and Mission Planner is for monitoring only, so short communication loss is acceptable.
Thanks!

That means the GCS failsafehttp://ardupilot.org/copter/docs/gcs-failsafe.html triggers (1) and clears (0).