Failed to control plane in xplane 10 hil test with qgroundcontrol

I need help with performing hardware in the loop test using QGroundControl (v3.2.4) to virtually fly an aircraft in X-Plane 10. I’m having trouble when arming the system due to (what I believe) a “GPS fix lost” error which is causing the GPS indication of the plane behave erratically (see attached screengrab). FYI, I have performed all the sensor and RC calibration prior to connecting to X-Plane.
I’m using:

Has anyone resolved this same problem before and could you point me in the right direction?

It is worth noting that when I installed the developer’s build version of the firmware and had the option to disable the sensors under the SYS_HITL parameter, I was able to use the RC to fly the aircraft in X-Plane but faced another issue with the elevons moving asymmetrically when pitching up for take-off (causing it to bank right after take-off). 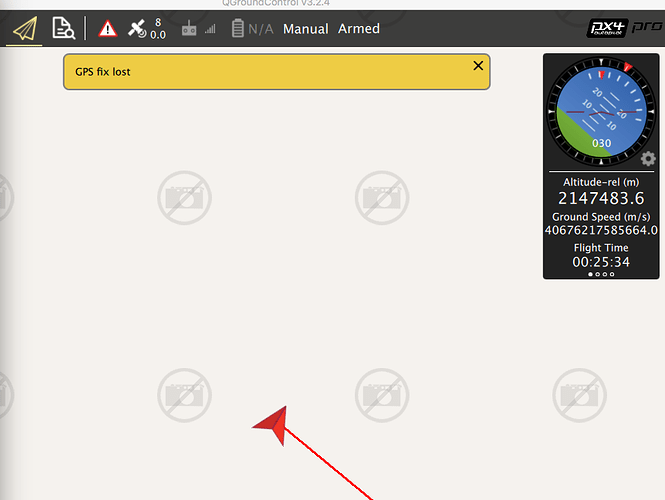 I"d ask this question on the PX4 firmware forums. Seems more like a firmware problem.