Hello, I am a Korean who is making the f-35b. Please understand that I do not speak English and use Google Translate.

I’m trying to hover as my first target with pixhawk4.
Transition flight is the second goal.
This is my first time using Ardupilot and I don’t know anything about it as it’s a beginner’s skill.

I’m studying hard, but I’m having a hard time setting parameters.
The problem is not seen even when I look for Q_TILT_ENABLE = “1”.

Features of the F-35B
There are two tilt servos for roll and yaw.
The switching FBWA servo is separate.

This is the value I set. Since I am a beginner, there may be some mistakes.

This video contains paid advertisements. If there is a problem, I will delete the link. 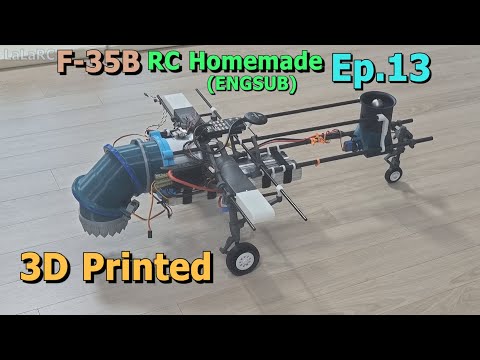 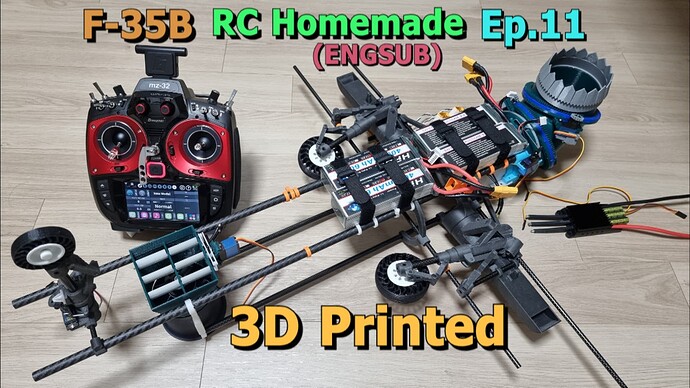 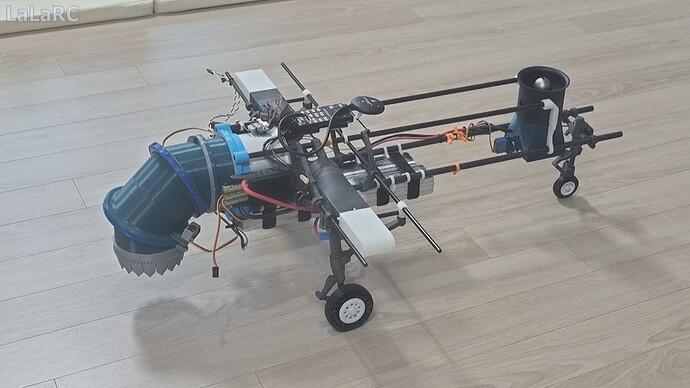 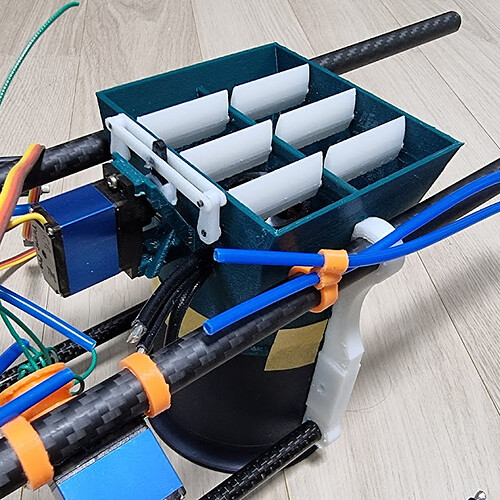 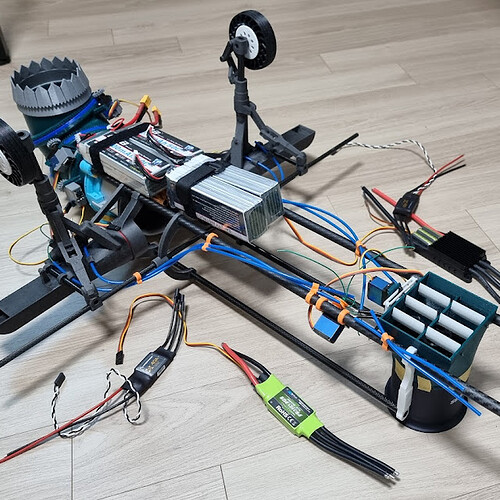 In principle, the parameterization should be done like this: 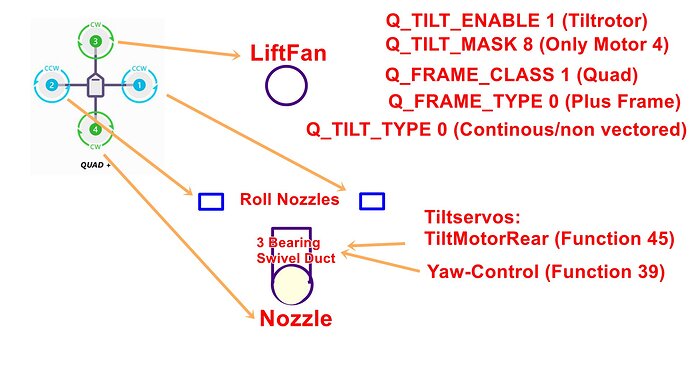 The arrangement of the thrusters corresponds to a Quad Plus Frame.

For yaw control, the control via different torques of the impellers is of course not possible. Therefore, the solution remains with a non-vectored yaw. I assume that the control electronics of the Swifel Duct work via a yaw and a tilt servo input.

Thank you so much for such a thoughtful comment.
I set it up as you taught me, but
If Q_FRAME_TYPE = 0, the 1~4 motors operates during yaw(stick rudder ch4).
Normal hovering does not work.
Therefore, I set Q_FRAME_TYPE = 16.
During TEST, the rear has no reaction and the front has a reaction, so there is no problem.
Currently, the most important problem is that the servo for yaw is not responding (Function 39).
There is no response even if Q_FRAME_TYPE = 0.
It would be nice if only the TailTilt Servo responds, but it would be nice if there is no function yet or if it is improved.

Now, I’m going to try setting it up as a Tricopter and testing it.
Thanks again for your kind comments.