More than three years ago Emlid was born with the idea of building a versatile and powerful drone controller. We’ve pursued the concept of a controller that will become a primary platform for customizable drone projects when your goals go beyond the limits of traditional autopilot boards. Today we are thrilled to announce advanced drone controller Edge. 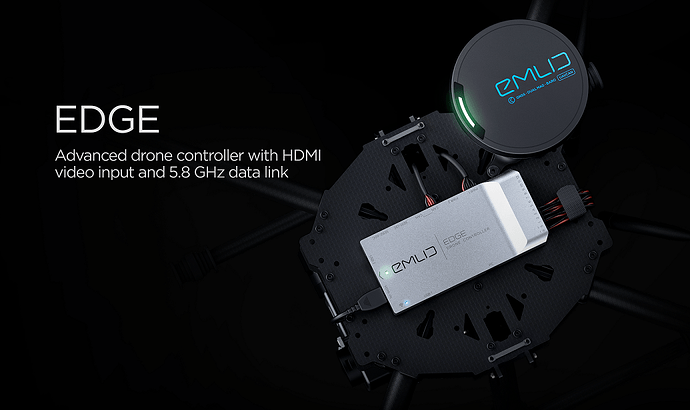 Emlid Edge is the first autopilot platform to feature an integrated HDMI input and video compression engine allowing it to capture Full HD video from an onboard camera such as GoPro or any other HDMI-capable camera. Video is streamed directly to the Ground Control Station over a long-range 5.8 GHz Wi-Fi link. 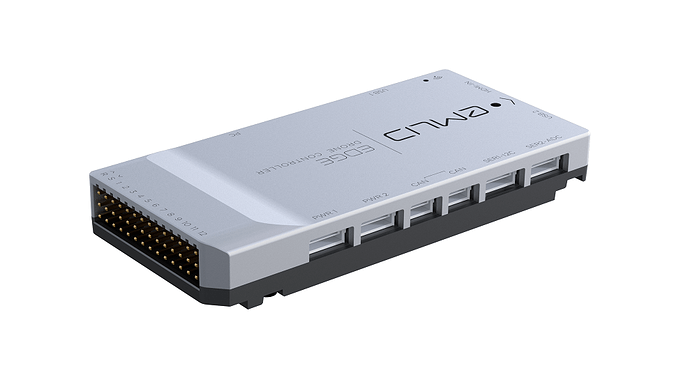 At its core Edge runs ArduPilot - the most fully-featured and robust open source autopilot software. Support for Edge is added in a user-friendly and cross-platform QGroundControl GCS. Mission planning, firmware updates, vehicle configuration and video stream viewing – everything is handled through a single application.

The kits are available for $699 and will be shipped in early November 2017. The limited quantity of kits is available in the first batch.

See the full specs on the Edge webpage and preorder now!

Join the discussion on Emlid forum

@dmitriyershov
Nice, I have few questions :
A) ARM Cortex-A53 64-bit quad-core CPU is a Broadcom - Like the RPI 3 ?
B) Is the video is a Wifibroadcast type of transmission ?
C) What resolution -vs- latency should we expect with the video streaming on QGroundControl GCS ?

Does it have internal IMU vibration isolation?

From your specs and before a serious review (that I’d like to do, if given the opportunity),

I already like:
-EMLID innovation/initiative in a crowded autopilot market.
-Ardupilot support
-the form factor (in my opinion ten times better than a cube+daughter board)
-the side connectors rather than top connectors : very useful for compact builds
-the overall size is rather compact in comparison to overall the functionality

I also wonder:
-how is the electronicc overall quality inside
-how/what are the SMD components, which suppliers/models ?
-how are the IMUs isolated from vibrations, or if there is any dampening system

Given the shape of the case, it might be the compute module 3 with a HDMI to CSI bridge?

Congrats on the release! Sounds like a great set of features - the dual IMU, hall-sensor power module and built-in video in particular. Very slick appearance as well.

Maybe, but it would be much appreciated if @dmitriyershov could answer our questions so we dont have to speculate

Some interesting bits from the Drone & Sundry interview:

Given Emlid’s industry experience and position products, this is looking like it could be an excellent bit of kit.

Also, the cutaway view on the main product page appears to confirm a SODIMM based SBC:

Hey guys, let me pitch in on behalf of Emlid.

To begin with, thank you all for your comments and question!

@GuyMcCaldin great summary of Igor’s talk from Drone & Sundry, thanks!

Confirming:
Edge uses full-fledged network connection. 2km hit during the tests.
100-200ms latency depending on the video configuration.
No dampening, but IMU heating and fast sampling. Dampening is left for implementation by an end user to make it flexible and keep the compact form-factor.

Yes, it is built on RPi Compute Module 3, we are not hiding it, but don’t make an emphasis on it since it could’ve been any other module.

I think the RPi CM 3 is a solid foundation that greatly facilitates open source support. It’s a reasonable compromise between performance, value, and ease of development.

Hi,
Thanks for your comments!

Edge kit components will be offered separately later when the second batch is produced, so it would be possible to order only the pieces you need.
There is an RTK option - our beloved Reach RTK module. We will be working on making the integration as easy as possible.

Regarding the electronics quality - we only use electronic components from reliable suppliers, list of sensor ICs can be found in the specs (in the end of the page).

Yeah, unfortunately the external isolation results in an overall form-factor that just won’t fit on my system. Otherwise I’d be very interested.

But the answer is at least well-reasoned. Everything is an engineering compromise. The only wrong answer is “doesn’t need isolation.” That sort of thing makes me cross hardware vendors off my list.

Great that the components, incl RTK, will be sold separately.

Another question : what do you mean in the specs with the following about the power module ?:

Does the board support only 60A without resoldering Something ? and then what needs to be soldered to get to 200A ?

Well done Emlid! The Ardupilot ecosystem has been missing a ready to use high res video transmission solution like this for a long time. Wish you major success!

Power module comes with wires and XT60 connectors that support 60A, if higher current is required it is possible to change the connectors, use wider wires and solder directly.

Nice. I would be intrested in a separate video transmission system to use with different FC units. It looks like this would be possible in a price range of $300,-
Can this be a future off spring?

For me to bay this kit is the video link. So far there is no affordable video link (digital) on the market