After running the CanberraUAV workshop last month, I found that a many Windows users are not experienced or confident using terminal commands to set up the Ardupilot SITL environment.

So I’ve made a set of automated scripts to install and run the SITL environment on any Windows computer.

The scripts can be downloaded from https://github.com/stephendade/SimpleSITL, along with the instructions (there’s a couple of steps!).

The scripts should (hopefully) work on any Windows computer.

Any additional features of bugs - let me know. Or send me a pull request on Github 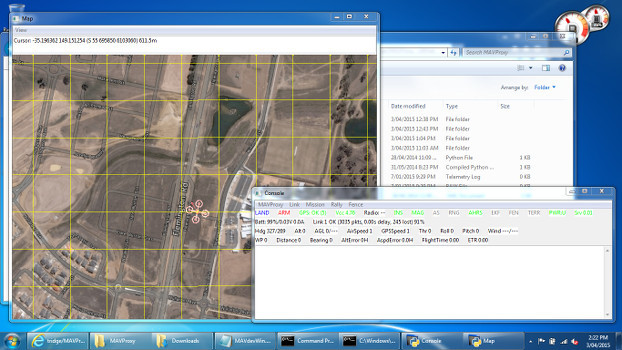 thanks Stephen!
would you consider adding these to Tools/WindowsSITL directory in ArduPilot git tree?

As an update, I’ve re-done the install script in PowerShell format. Now it’s 1 single script to download and install everything. Much simpler!

would you consider adding these to Tools/WindowsSITL directory in ArduPilot git tree?

Yep, I’ll do a pull request sometime during the week