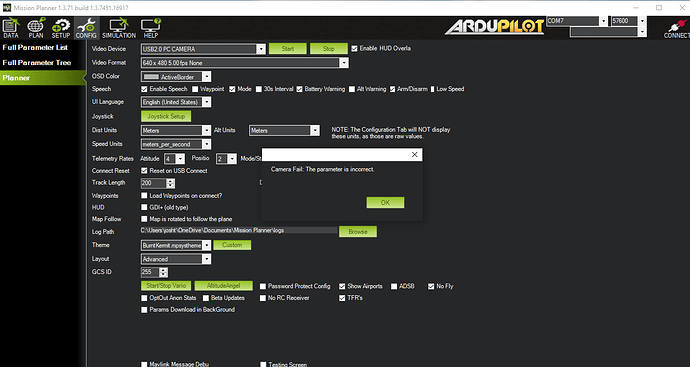 can you try changing the video format’s and see if any of those work?

I’ll try, but on a different computer with the same version it works. And thanks for the reply by the way.

@Michael_Oborne i tried changing the video formats still got the same error. again, this reciver worked in a different computer using the same mission planner version, so maybe its a driver issue on my PC? i tried updating the drive via the device manager but it said i have the latest driver installed and it had no rollback option enabeld.