I’m still working out some PID issues on my drone. I think I’m going to risk it and use autotune even though the motors are around 400kv.

But the other issue I have is that during takeoff the drone tilts forward. To get it in the air, I have to give it full throttle so that it gets off the ground before tilting too far. Once in the air it levels out and starts acting like I would expect it to (minus the stability issues with the PIDs).

The weight is pretty close to centered, if anything it is slight heavier towards the back so I would have thought that would help.

Here is a video that shows the behavior during takeoff. My wife was kind enough to take the video for me haha. 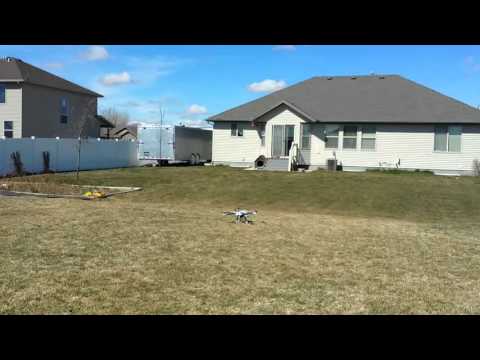 One last comment, sometimes, and more recently, it has been a much more pronounce forward tilt, like flying about 10 to 15 feet forward before leveling off.

A flight log would be more valuable here. With slow motors it takes longer for it to correct and will lead to poor position hold. By the time the flight controller corrects it already has moved too far leading to over correction. PID toning would help.

Have you calibrated the ESCs?

How do I paste a flight log? They are too long to paste as text.

Did you try the upload button. Also Google drive or one drive and past a shared link.

Here is the log, both BIN or Text, not sure which you need.

I don’t know what to look for in the logs.

thank you for your help with this.

This is development version and not ready for prime time. I would switch back to 3.3.3.

This version made some major changes to how the motors work and your PID’s don’t look right and maybe causing your issue.

After reading your reply, I’m looking in how to switch back to a different version. I’m using the Navio2 and I’m not a linux/programming expert. But according to a reply the their forums it looks like I won’t be able to use 3.3.3?

This was the reply when I asked about going to a stable version:

You need to compile the code yourself:
http://docs.emlid.com/navio2/Navio-APM/building-from-sources/

just be sure to use the correct tag for the version, so it really is the version you want.

Then your going to need to get your PID closer to what they need to be before it will fly.

Moved from uncategoriezed to copter
http://discuss.ardupilot.org/t/dont-post-here-m-kay/10949