Ok so as it turns out, I did not have the motors in the right order. So after I tested to make sure A was Front Right B was Rear Right C was Rear Left and D was Front left and they were. However, I still had some problems with my stick input spinning the correct motors faster (like moving the right stick to the left in a roll would turn the left motors faster and not the right ones) so I went on my Tx (FSI6X) and reversed the roll channel which I think fixed it. Unfortunately, after I had presumably fixed the problem, my battery turned out to be defective I think (the cells were not balanced at all (the second cell had 1.2 Volts while the other ones had around 3) and it didn’t charge) so I most likely will have to get a new battery preventing me from testing for a short period of time. But given that the motors did not work when they were plugged in to the wrong ports, do you think that moving them to the correct ports fixed the entirety of my stability/takeoff problem? 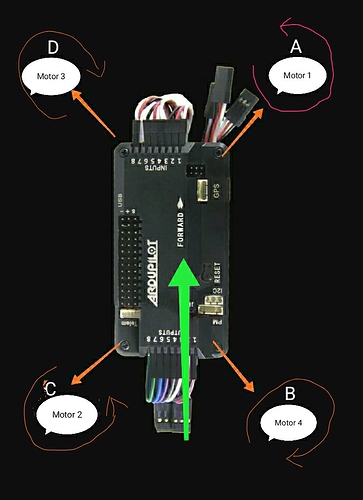 My mistake, I just checked my Tx and I reversed Ch2 which I then checked and it was, in fact, pitch and not roll. So you are saying that having an inverse pitch is normal and it is not a motor wire problem and just something you have to do in all quad copter build? Just asking in case I ever experience this sort of problem in another build.

Yes.
have you read this:-
https://ardupilot.org/copter/docs/common-radio-control-calibration.html 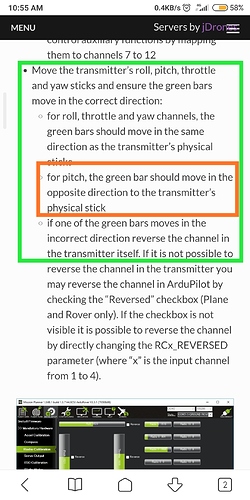 Thank you, everyone who responded, the drone is now able to takeoff and fly, though I am noticing some minor drifts, should this be fixed by trimming on my Tx or is there a method to trim on the FC.

Again, thanks to all who helped.

Never use the Tx trims on a multirotor. What Flight Mode is it drifting? Performing a good accelerometer calibration is key but of course some flight modes will drift anyway and require pilot action.