Does anyone know why mission planner does not connect to Pixhawk? as it display trying to connect timeout 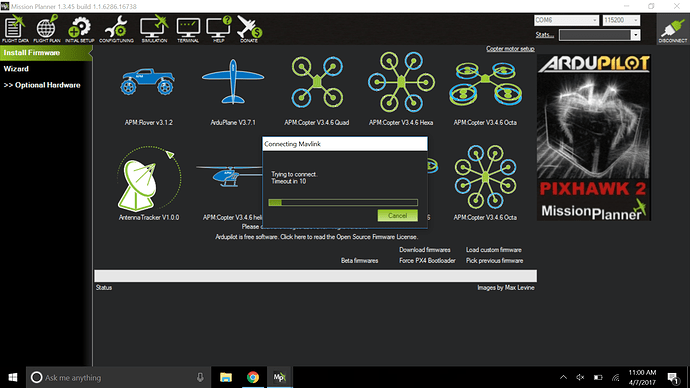 I see your on the install firmware screen and there is a port selected. Are you trying to load firmware or is the firmware already loaded?

it is solved now. I forced bootload on it.

could you explain more specifically how to solve it? I have same problem.

By holding down the RED button and powering on the unit he forced it into boot loader mode which then allowed the firmware to load. IE a bricked unit.

It works. Thanks a lot