Difference in what firmware shows up

I was trying to upload latest stable plane firmware to the H743-WLITE. When I select the plane logo on MP 1.3.79.1 Build 1.3.8378.8066 there is quite the difference in what firmware shows up for the board between the plane logo and the all options. Seems odd that there is such a drastic truncated difference for this board on plane. 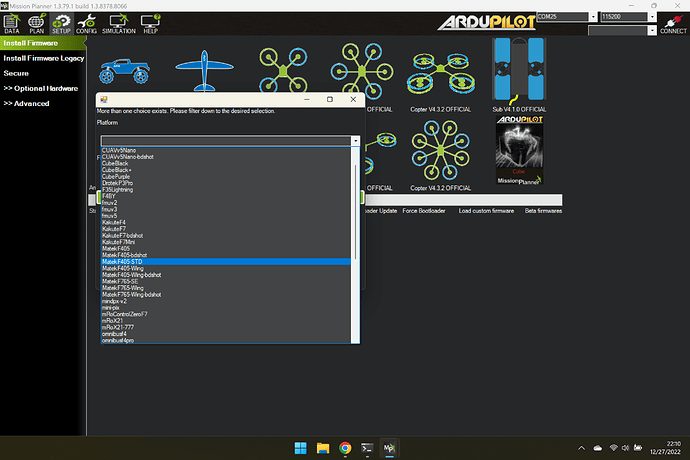 plane_emblem2736×1824 463 KB
When hitting the plane emblem these are the firmware’s that show-up as seen above. 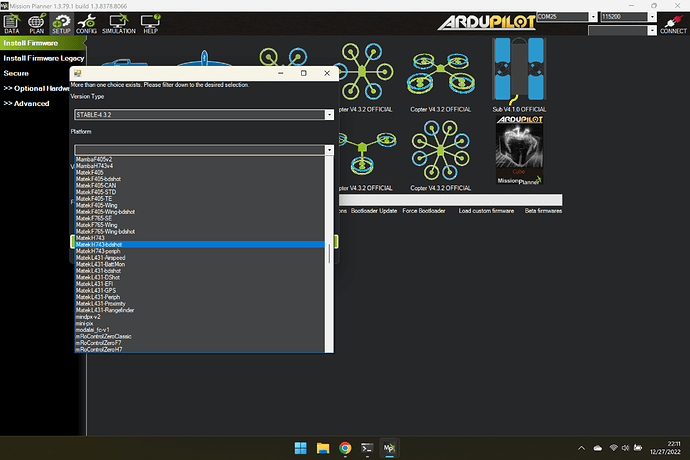 Has anyone used this flight controller and had the buzzer stop working once uploading ardupilot firmware to this? I used these instructions as it was a fresh install out of the box. Buzzer worked fine before uploading the current stable plane but now will not work, also when you use the on/off switch on the buzzer it throws USB errors which was not the case before uploading ardupilot firmware. Still not sure why the H743 firmware does not show up when selecting any of the emblems in MP

had the buzzer stop working

Did you load the Bdshot version of firmware?

Don’t select them (I never do). Either download the appropriate .apj file from the Depository and use the “load custom firmware” feature in MP (best most universal way IMO) or use the All Options selection and choose what you want. 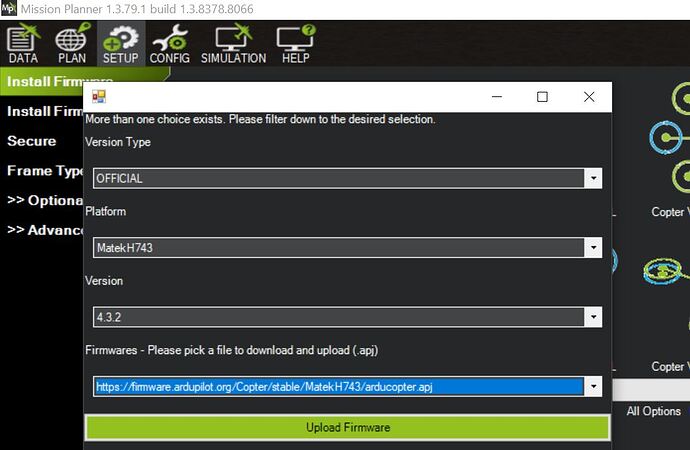 Did you load the Bdshot version of firmware?

Yes sir. I also just put non-dshot on it and buzzer came back! I’m guessing its a timer thing?

Don’t select them (I never do).

Understood you do not but for years that was the way to load firmware, as the all options is somewhat new. The load custom was always there but had some issues in the past so I got use to using that. Just seems odd that such a main firmware would not be included there as well.

I’m guessing its a timer thing?

Yes, right. You get Bdshot or a Buzzer that plays tunes but not both.

Just seems odd that such a main firmware would not be included there as well.

As with other MP issues that can lag the latest firmware we can just report and wait and then find another way in the mean time. Do this enough times and the “other way” becomes routine