While I tested the skid steer, I found that Rover’s path is started to deviate from a mission.
You can reproduce this issue the following step in SITL: 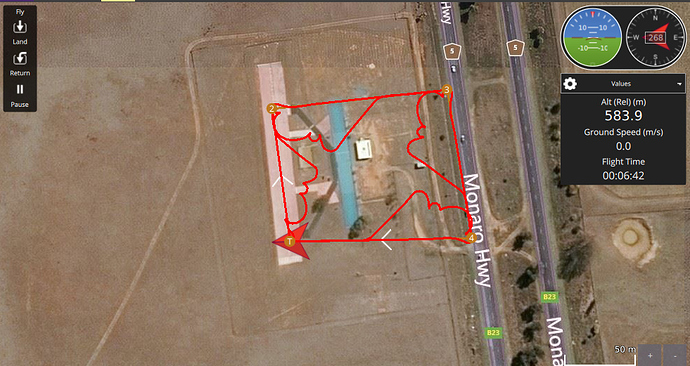 I think the issue may be the WP_RADIUS being set very very small (0.01m = 1cm). In general this should be no less than 0.5m. By the way I’ve also found an issue with very small radius here https://github.com/ArduPilot/ardupilot/issues/17417.

If you have time could you re-test with the WP_RADIUS parameter made larger?

@rmackay9 Thank you for your feedback!
I re-test the skid steer with default values of parameters.
The only changed parameters are SERVO1_FUNCTION and SERVO3_FUNCTION to trigger the skid steer. The result is the same as before. 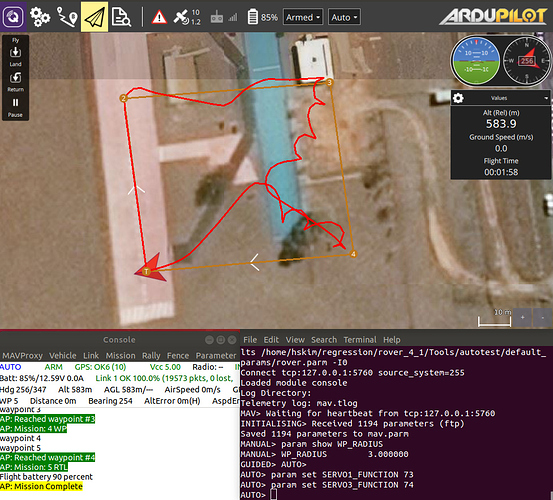 Edit: I also tested Rover-3.5.0 release version. I could not figure out what is the root cause, but it showed more stable path than Rover-4.1.0-beta. 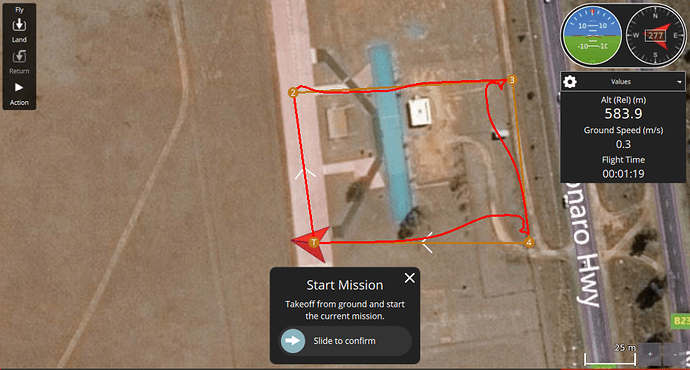 When I commented out the below code line, this issue did not happen again.

When you start the simulator are you adding “-f rover-skid” to the start command? (e.g. “Tools/autotest/sim_vehicle.py --map --console -f rover-skid”).

If not then the simulated vehicle will have ackermann steering controls and trying to control it as a skid steering vehicle definitely will not work!

@rmackay9 Oh! Then, never mind because I executed the simulator without “-f rover-skid”. I thought that I can change steering style by changing SERVO1_FUNCTION and SERVO3_FUNCTION parameters. Thanks!