Lat lon field for sim_state should be int32_t

the features extract script is moving useful past its use on the Wiki page. W…ith this patch we won't include the feature in the Wiki if we can't find it in the build_options.py (just like before the patch, but with less complaining).

Allows to check if a valid ADC pin has been selected.

This pull request addresses issue #22013. At present, the AP_LeakDetector lib…rary used in ArduSub contains compilation directives that only allow this sensor to initialize on FMUv3, FMUv5, or Linux navigator boards. Sensor initialization is neglected for all other board types, without providing any sort of notice to the user. The changes proposed will here remove the initialization's dependence on board type. In this updated code, leak detectors can be initialized over connection to arbitrary pin number on any type of board. A new advanced parameter, `LEAKx_TYPE`, has been introduced that can be used to enable manual configuration of the leak detector pin. In order to use this feature, a user would set the `LEAKx_TYPE` parameter to indicate the signal type (analog or digital) of an appropriately configured pin on their board. The number of this pin should then be set as the value of the existing `LEAKx_PIN` parameter.

Tridge, turns out this was not in the code after all, only for QuadPlane....usef…ul for aerobatic tuning where you have manually tweaked an axis and dont want it disturbed

623 bytes if it is disabled

Allow example sketches to run with logging and opendroneid

AP_Scripting: use helpers for full range return types to save flash

Adds some helpers for "full range" variables, just wraps the get functions with …hard coded ranges. Allows the `skip_check` keyword on the basic types.

Planning on setting up a 3d profile foamie for autonomous aerobatics with a Mate…kH743-Slim...but wanted a rough indication of current draw and total used without adding weight of current sensor....this technique was, and still is used, in BF quads to get a current estimate....works very well and with 5-10% accuracy of total current used on an aerobatic miniquad in my experience once calibrated...changed the way offset works so its not gain dependent...a little easier to setup units in params are different if option is set, but can be covered in the wiki for the option cost is 80bytes

This is already on the blacklist, so the firmware server won't build it ATM. Bu…t it really ought only be for Copter

I've checked the CubeOrange and MatekF405 bootloaders and they're byte-for-byte.

Move minimisation of HOTT and soaring to minimise_features.inc

AP_GPS: fixed injection of RTCM on 2 different CAN buses

it is much more useful to check on the flight controller, not on the periph, or …users just get mysterious failures 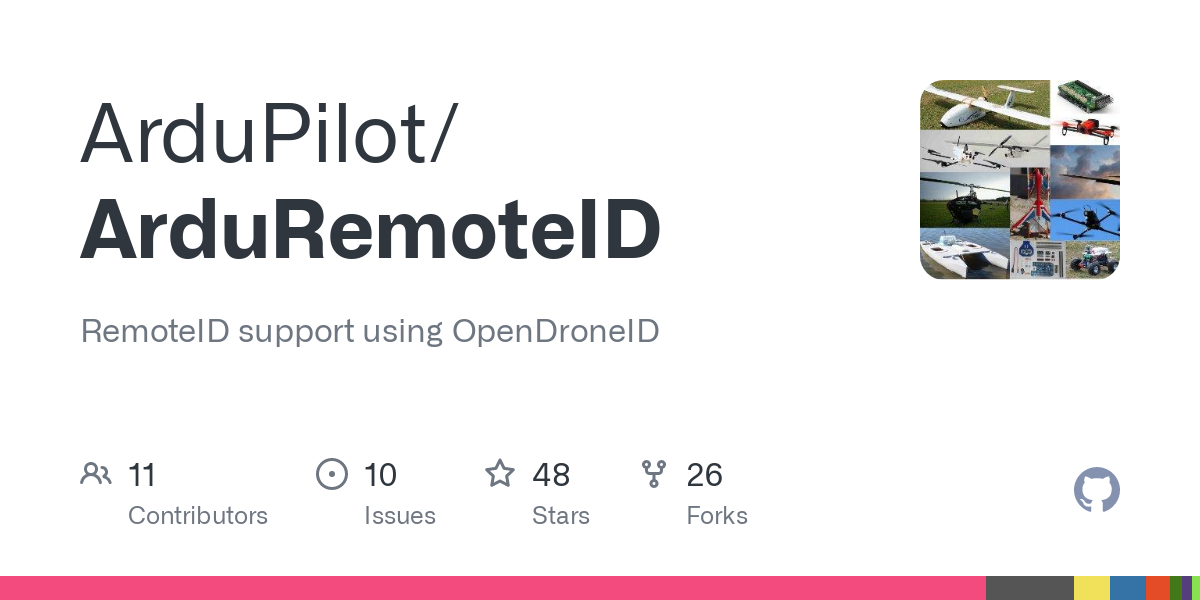 UTC0103 - Plane acrobatics is a thing