https://github.com/mavlink/qgroundcontrol/pull/5233 I’m just understanding it myself. I think it makes sense, although there still seems to be some holes. I’ll also discuss some conclusions from my previous rant.
This: https://mavlink.io/en/mavlink-version.html#version-handshaking has been updated to explain how it works when there is a radio in the middle that doesn’t support mav 2.

AP_Notify & AP_AHRS: Final changes for Solo to operate on Master

09:02am - Don and ground control issues
Bunch of stuff from mavlink side people should be aware of
Email chain
Commercial things on PX4 side
Lots of funding
Affecting mavlink spec
Thus affecting QGC
But generic mavlink helps Don!
Gus is working on a lot of QGC stuff
Communication protocols etc
Mavesp8266
Doing camera stuff now
Don is trying to pull things in from ardupilot where possible to keep things generic
Mav20 handshake thing
Trying to solve non-mav20 radio in middle which doesn’t do mav20
New mavlink cmd_long which can “request” mav20
GCS asks vehicle if it can support mav20 using this cmd
Sent using mav20
So if radio doesn’t support mav20 the packet doesn’t get through
Proves mavlink2 will probably work if a response is received
Radios should NOT be dropping mav20 messages if it doesn’t support them!
ESP8266 radios do!
Sending a mavlink2 heartbeat message should elicit a mavlink2 radio status message back
SiK radios are still widely used
Shouldn’t use mavlink2 with these…
Crappy links happen
Tridge is working on mavlink2 support for the esp8266 modules every now and then
There’s “link” and “target” issues here
https://github.com/mavlink/mavlink/commit/e7221f41d3d43b432c26a0369d867d86f559ee42
Misunderstanding of basic you-still-pass mavlink2 packets concept
SiK radios pass all data through if it doesn’t understand it
But ESP8266 wants to understand structure of all data before passing it on
Tridge is having issues developing on these modules
No gdb or indeed debug port ATM
Crashing means take-a-guess and retry
Would sending a mavlink2 ping packet do the job?
Ping the destination and see if you get a response….
What if you have multiple paths?
Specs for camera settings over mavlink
key/value pairs in json format
Opaque to the GCS?
https://github.com/ArduPilot/mavlink/blob//message_definitions/v1.0/common.xml#L3929
Current messages have weird things like “shutter speed (int)”…
key/value pairs would let you put an interface on whatever the camera on the vehicle has
https://github.com/ArduPilot/mavlink/blob//message_definitions/v1.0/common.xml#L3929
How does this get transferred from one end to another?
Fundamental problem is to give access to camera settings from GCS when you don’t know what those settings are ahead of time
There are several mavlink-capable cameras
Serial control might be a neater solution
Able to transport arbitrary serial streams from one place to another
https://www.dronecode.org/camera-working-group-march-2017-project-update/
Fence rally protocol
Extension to the mission protocol
In common messages now
Need to be able to support exclusion fences
There was a proposal about 6 months ago
Extend it with a “type” field
Which allows you to transport rally and fence points with same protocol
Mavlink20 only, unfortunately
What frame was it?
lat/lon
Probably needed a frame entry
Circular could be body-relative and polygonal absolute
Mavlink-generic fence types both polygonal and circular with inclusional and exclusional
Hook up with airmap to do stuff dynamically
How a fence is enabled is completely different between plane and copter
This is more general problem in ArduPilot
enabling/disabling things
Don needs to know who to poke in ArduPilot when an issue that ArduPilot should be interested in comes up
Maintainers list in first instance
Tridge/Randy/Craig in second instance
Don wants to dispel the perceived PX4 bias with QGC
The firmware flashing issue has been resolved!
A version of QGC that defaults to ArduPilot would be good
E.g. linked from our Wiki means it gets ArduPilot
Much more work for Don
Don disagrees
Relatively easy to make your own flavour
Philip doesn’t expressed concerns about PX4 on Pixhawk 2.1 because it can’t use multiple IMUs and the heater
Please give QGC a try!
Continuous stream of stuff from PX4 guys
Few GCS run PX4
In middle of a stable release ATM

10:11am - Randy and Copter
Still chasing up 3.5
Still at -rc7
Couple of new issues
Deadzones being reduced
Poshold not holding posiition
Autotune not running
Next RC will bump them back to 20
Could double deadzone in autotune mode
But poshold was an issue
OLED display still says EKF OK
Because it is based off the EKF failsafe flag
Landing gear output
On startup the trim value gets set for a second or so
Channel masks should fix this (Luis)
If UAVCan is enabled BARO becomes unhealthy
http://discuss.ardupilot.org/t/bad-baro-health/18121/4
Fixed in pending CAN patch
Singlecopter and coaxcopter are not acting well ATM
FF not working well?
Less of an issue in 3.5
Randy has a $30 singlecopter on the way…
Proximity sensor wasn’t validating ranges appropriately
Fix will go out in -rc8
Still have Spektrum not binding
And outputs corrupted above ch10

10:20am - visual odometry on Rover with Randy
Almost done
Defaults back to DCM when no GPS
Common mechanism for all models needed
Should have finer-grained switching
E.g. allow Copter to use DCM for position but EKF for attitude 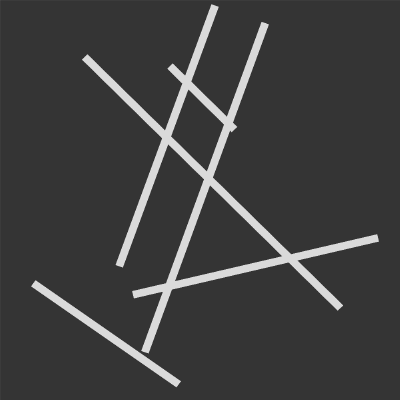 safe_rtl_viz - A visualizer for potential "Safe RTL" implementations for ArduCopter

10:24am - GSoC tridge students
SolarBlue will be getting some hardware soon
Unity3D engine, Hamza is learning SITL
Miguel
WIP PR coming!
Patches to GSoC gitter channel
Good progress!
Long chat after first set of patches, which were a great start
Need a kick-off meeting with Siddharth
Need to encourage students to post on Gitter
Need to overcome reticence to talk publically!

10:28am - release of Plane
Documentation needed
Especially new servo system parameters
Can’t set up a 3.8 plane without these params
Even Copter it is most pages
Volunteers?
Randy did add
http://ardupilot.org/copter/docs/common-rcoutput-mapping.html
Versioning issue
3.8 docs will be different for 3.7
It is very reliable
Probably better than 3.7
Lots of bugfixes
Lots of new features
Probably also suffers from high-channel-decoding issue
Additional metadata is sent on higher channels
Could be remrssi or pps…
Relax everyone, tridge is feeling guilty about it….

10:38am - remastering solo
https://github.com/ArduPilot/ardupilot/pull/6340
All PRs should be good to go
NavEKF issues are a little tricky
No using_gps via AHRS interface
Could add a public method which returns nav-filter-status
Which would allow copter to do it
Randy’s not keen on touching AP_Notify from AP_AHRS
Slew rate
Want LH or JC to check the logic before flying it
They don’t really have time
https://github.com/ArduPilot/ardupilot/pull/6376
Other vehicles would benefit from this
Tradheli
Francisco’s not happy with the creation of an entirely new motors class
Tridge thinks a hook in an existing one
Will separate this issue from the other issues
iOS developer is getting into the action!
Sidepilot.net
Wiki will be updated
These changes might make -rc8
http://discuss.ardupilot.org/t/update-on-mastering-solo-major-milestone-reached/17959

10:55am - Rover
Pierre will be making a motors library

10:56am - misc fixes for EKF
This PR should go in
http://discuss.ardupilot.org/t/update-on-mastering-solo-major-milestone-reached/17959
Need to know parameter value for each platform separately
PR and FF will discuss offline

10:59am - plane issue
https://github.com/ArduPilot/ardupilot/pull/6286
Tridge will have a look; not an urgent thing
Should probably just use rudder damping

11:02am - docs improvement with ppm
https://github.com/ArduPilot/ardupilot/pull/6239
Users don’t know PWM is in microseconds
On d-shot and brushed these aren’t even PWM!

11:07am - https://github.com/ArduPilot/ardupilot/issues/1848
IO firmware CRC
Should consider it an arming failure
Patches in AP_Boardconfig to check the versions
Marc Merlin has been having problems updating his PixHawk boards IO firmware
https://github.com/ArduPilot/ardupilot/issues/6363
Old bug in IO firmware which made it essentially possible to update IO firmware from the FC firmware
Refused command to enter bootloader mode
Which is why holding the safety switch works
Fixed in 3.8
Could release a 3.7.2 which will give people a stepping-stone
And a Copter 3.4.7 release for the same
https://github.com/ArduPilot/PX4Firmware/commit/086e789a5d67b45b25fd823035dea9d4bc9edc25
New document on flashing io firmware needs help
Need a bare nsh prompt (stop system booting)
On px4v1 need to disconnect ground radio because the UART is re-used

11:18am - using 25 or 26 bits in a bitmask means we can lose bits on way to autopilot
Known issue
Should check the bitmask length in the python parameter generation

11:27am - hardware with Philip
CANFlow is talking to us!
CANGPs is coming soon
CANAirspeed is going to happen

11:29am: contribution of the month
Nominations required

Looks like a good meeting this week. Looking forward to where QGC goes, I really like using it and I’m glad Don is making it for both sides.