10:02am - Tridge and tilt-rotor tri-plane
Rolfe had a great success!
Not first flight, but really nice!

Batteries were a little underpowered
Nice smooth transitions
This was a test flight of some new transition code
Much interest in various other tilt-rotors
A four-rotor tilt rotor, for example

10:04am - tridge and quadplane transition bug
Tests usually go altitude-control-mode to forward flight
E.g. qhover or qloiter to auto mode
Marco went from QSTABILIZE to FBWA
Cause found and fixed
Z-controller wasn’t initialised at time of transition
Altitude target and z-velocity target weren’t being initialised
Would almost shut the vertical lift motors down
Lots of lost stability
And altitude….
Should be able to do better than current, too
When moving from pilot-throttle to auto-throttle
Should smooth from one to the other
There are implications for heli too here with collective
In heli we set the integrator to smooth things out
Sets to current user’s throttle
Tridge does fancy things with integrator based on forward speed
Low forward speed integrator is set to zero then starts setting a negative integrator if you have lots of forward speed
Fixes the “tip up” problem because elevators have a lot of authority
We don’t test all transitions in autotest
Plane in SITL is perfectly balanced
Real planes aren’t

10:14am - tridge and i2c
MdB has had problems with airspeed sensor
Digital noise spikes in reported reported temperature 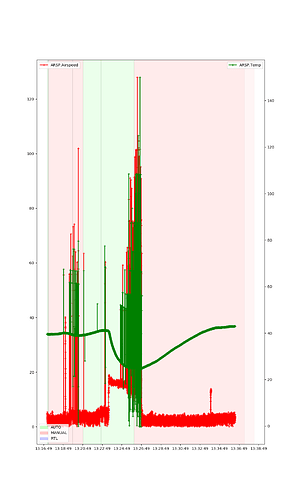 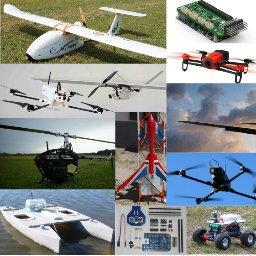 
Should reduce noise in lots of places
Hasn’t fixed Michael’s problem
But probably still worth it
Works well on FMUv2 for tridge on bench
Other users have had noise issues on their i2c bus
Less on is “where is our CANBUS?”
“Soon, soon” - Jani

10:27am - CANBUS
Great progress in last week
Good test flights from Eugene
CANBUS gitter channel
Nasty bug found based on template-based API
norm()
Typo where norm(x+y) vs norm(x,y)
Those are… somewhat different
The template-based stuff doesn’t give type-checking like the old code did


powf() is inefficient; we shouldn’t be using it when doing n*n!
When this is merged we’re going to have lots of space before hitting 1M limit
Next thing to add is the FW upgrade over uavcan
E.g. ESCs

Small fixes mostly
Tridge’s SBUS failsafe fix
Gimbal servo-reversing fix
WPNav-loiter-speed bug fix included
Cleared up the fence pre-arm checks a bit
Not a lot of testing, but so far so good
Randy looks at http://discuss.ardupilot.org/c/arducopter/copter-3-5 for issues
Several good reports
Solo with 3.5
Paddles to Pedals?
Matt
On train during call, so Randy ran down the Solo list
http://discuss.ardupilot.org/t/testing-3-5-on-my-solo-she-flies
Working on a parameter file to get it flying better than the original 3DR
Thinking of doing a green-cube set of parameters, too
Problems:
LEDs are always green
Should we have a separate build just for Solo?
Tridge thinks no
Because we have FMUv3
OreoLED could be dumped into FMUv3
Aero we don’t have a choice - we have to have a separate build
Build time is a problem
Matt reports FMUv2 works badly on Solo
Tom thinks we should have a separate build
Baked-in PIDS etc
Solo users don’t use parameters
Kelly (Solex) is really keen to support ArduPilot master
Including helping uploading new firmware
No tones
EKF3 issues
Long calibration times
Gimbal goes limp
Not sure why it is working in the first place
Impressive that this is working!
In-tree driver stuff was a big part of allowing Solo to work on master

Is green cube needed?
When running master? No.
Except you don’t want to fall out of the sky
Is OK when de-tuned
Black Cube (2.1) can be modded
Puts 5V out to ESCs
Bad loop times
http://discuss.ardupilot.org/t/autotune-mishap-with-ac3-5-rc-2
Vehicle flipped over and it was bad
Haven’t gotten to the bottom of this one yet
Could be hardware, but bench testing hasn’t fixed it
Not sure how we can tackle this one
Remaining-memory goes in PM
Need to add dataflash-logging of perf counters
https://github.com/peterbarker/ardupilot/tree/df-real-perf-messages
Maybe this is DMA SPI?
Option to turning it off?
Hardware fault causing interrupt storm?
Unexplained crash which may stop us releasing
Will be a -rc4


Now poses pose and location to mavros
It then flows into ArduPilot
AP only currently accepts, doesn’t use these
There are issues with the messages
Frame of reference is wrong
Location is in an odd scale
Not in cm/m
Can’t tell distance if no stereo

changed 1 files with 21 additions and 20 deletions.

changed 1 files with 16 additions and 16 deletions.

changed 1 files with 14 additions and 0 deletions.

Problems with current estimates, we think we’re higher than we are
Linear error
Proposes solution is to apply same solution as EAS2TAS
Philip asks about supplying a good external temperature
Would work very well says Paul and MdB
Drops the GND_TEMP parameters
Could manually set this to override the sensors
Here+ provides external Baro+temperature
Tridge points out that most vehicles have an external compass, and most have thermometers associated with them
New framework makes it easier to use them
We should use them
Particularly on quadcopters
May need to allow for the baked-in-Sun followed by cooling-while-flying issue
TEMP_SOURCE parameter?
Priority order?
Auto should be external-airspeed, then external-baro then external-compass then internal baro 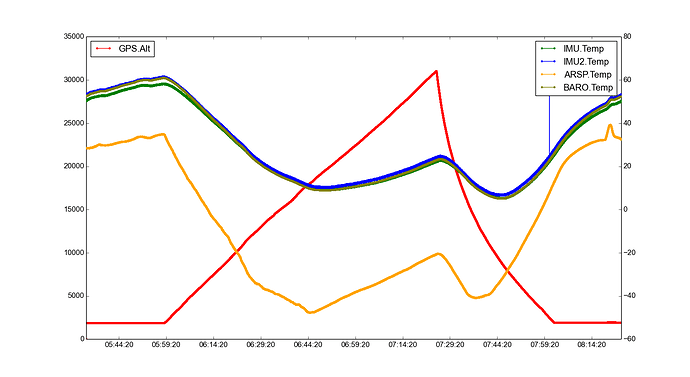 Lohan-temperature.png1545×846 47.3 KB
3930 was merged
Maybe we want a transition from BARO to GPS when we get higher
Reporting for ping etc has to be barometric altitude

Copter 3.5 Update Vision Update Plane nice flight of tilt-tri-quadplane fixed quadplane transition bug Issues https://github.com/ArduPilot/ardupilot/pull/5935 https://github.com/ArduPilot/ardupilot/pull/5930 RC Failsafe handling issue? -Helicopter rotor speed control setting does not check for RC Failsafe. I knew this was weak, but assumed that the RC signaling was deterministic. I tested RC Failsafe action a few times, and it seemed to work. RC outputs during Failsafe appear to be no…


PixHawk1 frsky receiver (x6r?), almost certainly SBUS, no-pulses
Flying at long-range and moving into and out of RC failsafe
Continue-in-auto set
Remote observers on ground
“Was it supposed to lose a bunch of altitude?”
10 radio-failsafe events in logs
On 3 of them the motor shuts off for a short period of time then restarts
Immediately at end of radio failsafe

Copter 3.3
Issues believed to still exist
Luis reproduced the the “874” issue
Francisco First issue: https://github.com/ArduPilot/ardupilot/blob/master/ArduCopter/heli.cpp#L142 <- no protection for radio failsafe being active
Franciso: Second issue: apparently SBUS with no pulses is changing input to 874 instead of no input
Setup is same as tridge’s
Tridge hasn’t seen the issue
OBC had custom patches
Tridge wants to be told how to reproduce it
He has some theories
No sync in sbus
Sbus is a crappy protocol
No crc
No framing bytes
Framing is done by gap-between-bytes
Parity bit per byte
Stop bit
Might be getting desynced
Could be a threading/locking issue
Maybe add an attenuator
Range-test mode + microwave oven might be good enough
Tridge offers a recipe for browning a TX in a microwave……

RSC should be de-bounced
There’s a slew-rate limiter in 3.4
Except it was the interlock engaged/disengaged
So the interlock should be debounced!
Can’t rely on receivers!
Maybe an OpenTX issue?!
No pulses being received says Luis yet 874 being reported

11:45am: land-complete while in flight
Copter 3.3
Unexplained throttle-up after a loss in attitude
Maybe we should add rangefinder checks for land-complete
Switches on landing gear
Negative thrust to keep things on ground
Working with Mr Dyer
Uni professor of flight dynamic

12:02am: Philip and hardware
Hardware requests for Jewel
Next carrier board for the Cube
Edison is OK
But Jewel is awesome
What do people want in terms of connectors to the Jewel?
USB-C out
Ping Philip on it

12:04am: Olivier and GSoC
Last week for proposals to get in
9 proposals so far
Still kinda private information
A couple which are very good
A couple which need a lot of work
Starting Monday a 1 month selection period
Tridge thinks 3 proposals are really good
Some more might be salvageable
Some are junk
All have been replied to to give them a chance
Some tridge’s reply was longer than the proposal
Should see 3 or 4 more good ones coming in this week
Apparently some students didn’t realise seats were limited…
Google’s sample proposal is very short
Likely to have more good proposals than spots
Asking other companies to sponsor
$6,000-$7,000 US
Scales according to cost-of-living-in-country apparently
Mentor conference afterwards
Several students present on the call