CUAV CAN PDB Carrier Board

When I placed my order few weeks ago for that item, I was informed that a new version was soon to appear and I choose to wait a few weeks in order to have the latest product.

The are some improvement: 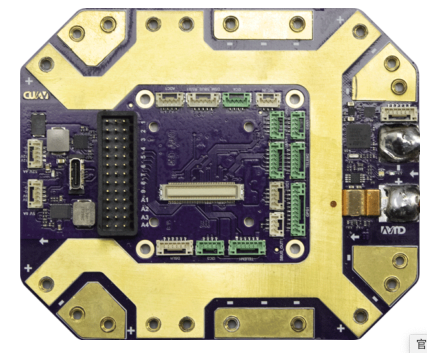 There are14 PWM out instead of 13. It is the same layout on the Nora or X7 carrier board. You can also see two additional power plugs (Power A and C) at the front of the board. 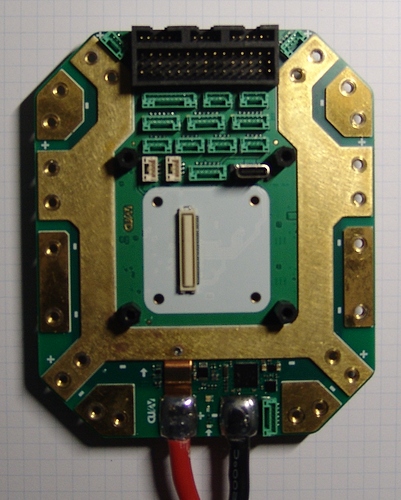 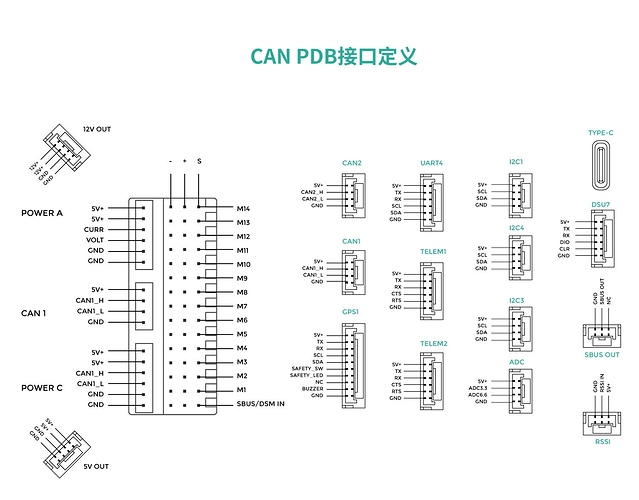 Main board power supply is from the pigtail with XT90 plug. Board also provide 12 and 5V out BEC power. I use 12V for gimbal and landing gear. 5V is used to power servo rail.

ESC are connected to the board with 3 mm screw. Screw and connectors are in the box. 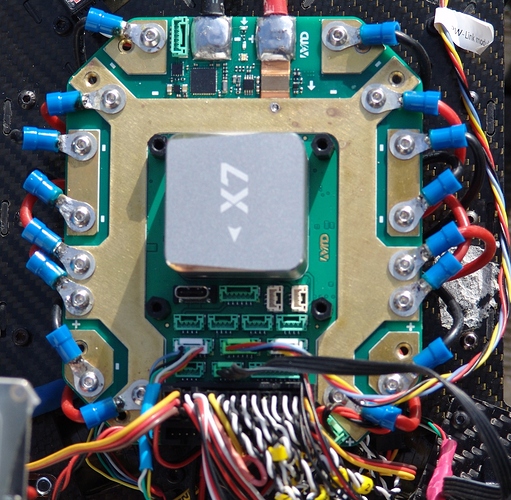 There is cover to protect the board when installation is completed. 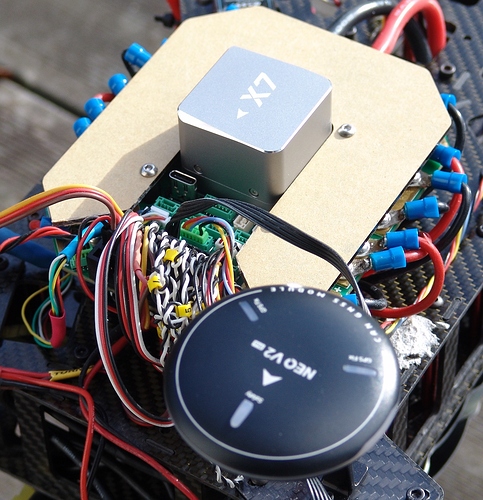 I installed the board on a damping plate

Vibration and RC Out log from latest flight (first with the new installation).

Hi,
I am using can pdb with x7+ and herelink but unable to get sbus input for rc calibration can you help? I tried the herelink with cubeorange and it is working similarly i tried sbus with can pdb and frsky it works bt it doesnt works with herelink what do u suggesT?

Maybe a silly question, but are you using the “SBUS/DSM in” servo style connector next to M1 ?
And powering the Herelink air unit from a battery or BEC via its Power connector? 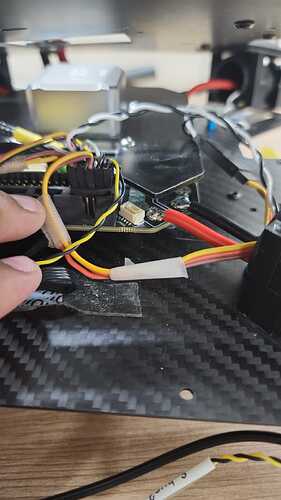 Try using the PPMIN port instead, numbered “4” in this picture 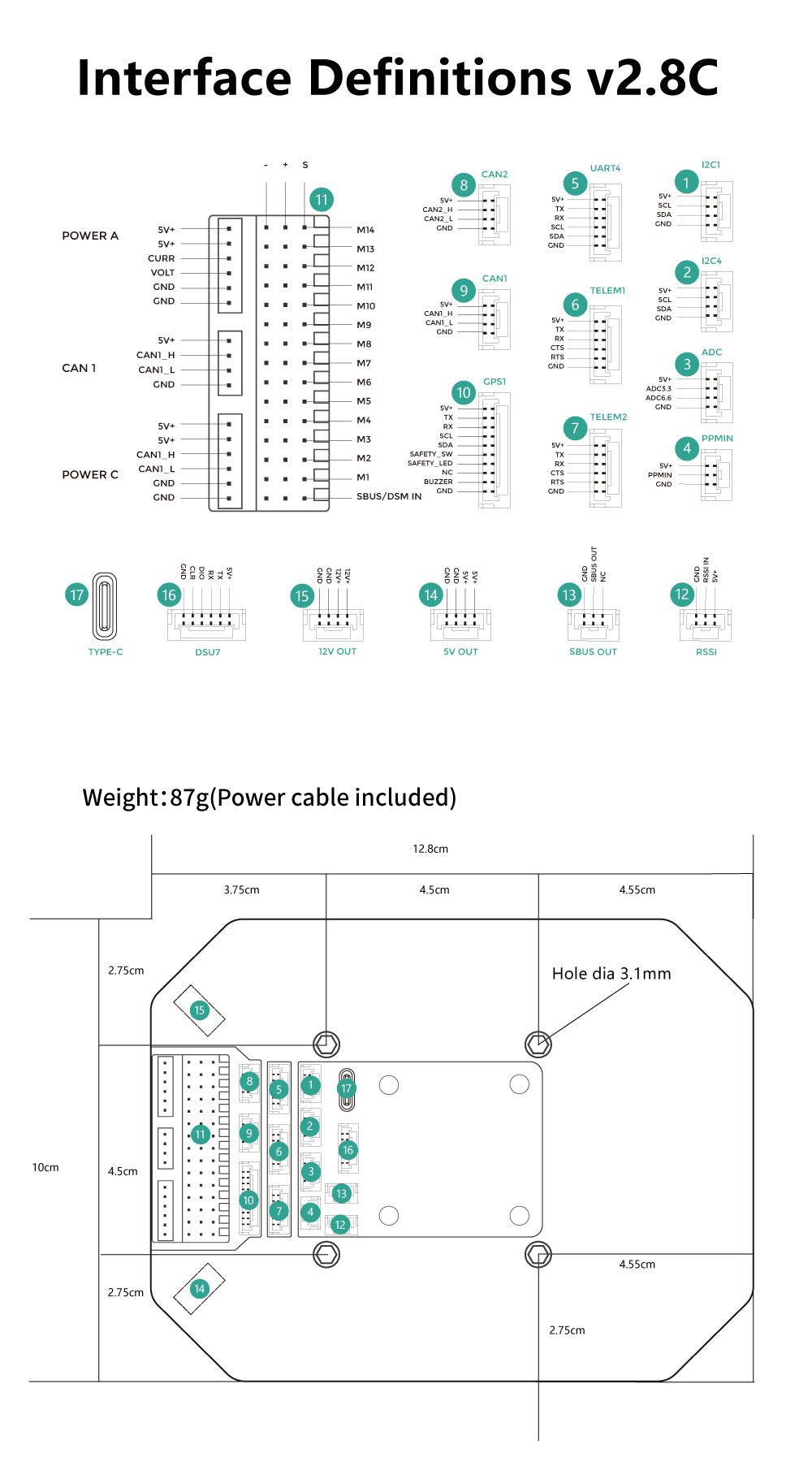 Hi I am builing my first VTOL 4+1 with CUAV X7
and i have a problem with calibrating 4 vertical motor. 4 motor no spin but the front motor is nomorlly 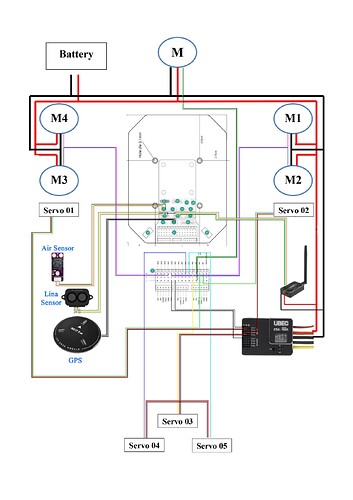