Copter switches from Auto to stabilze and back after RC failsafe

Hi,
had a strange occurance yesterday, my copter “landed” during the mission because it switched back to stabilize mode some time after switichng to rc failsafe (continue mission in auto mode). Shortly after landing it recovered and continued withe the mission.

That’s how the camera saw it 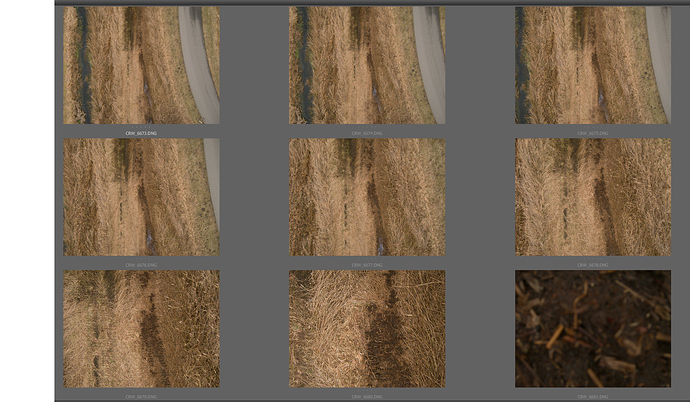 I repeated the mission two times but the thing did not happen again.

The copter is driven by a pixhawk clone. There where no messages indicating any sensor failure.

I was quite lucky, the copter landed on a safe 2 by 2 m spot, everywhere else there was water and reeds… .

Thank you for your answer, but if that would be the case, shouldn’t the error happen every time rc failsafe occurs?

I have seen this happen. I had my radio on and switched it off causing the failsafe condition. Then I turned it back on which causes some other issues such as all the values dropping as the radio starts back up. This includes change the flight mode back to Stabilize and then back to Auto…

I’m using a Taranis X9D Plus and a FrSky Ultra Light XM receiver. It only happend once and I had at least 20 rc fail safe situations up to now.

Could it be that it was an EKF failsafe event?

Yes, if the RC receiver was configured wrong, it should indeed happen any and all times you lost connection. That said, I don’t see any way that Arducopter would do that on it’s own. I would lean towards a malfunction in the RC receiver still.

But how should the receiver be configured wrong if the problem only occured once during at least 25 rc fail safe events?

On my receiver it set to alarm if any of the switches are not in there lower positions. So if the radio is turned off and then back on the receiver comes up in error mode which tells the Receiver to go to zeros. This indeed causes a failsafe but because the channel went from 950 failsafe value to 0 the copter responds by switching to Stabilize on channel 5.

I have not tried this lately with the current build as it causes a crash so I have not tested this in a while.

I think the Taranis/Open TX has a very good solution for that problem, you can configure warnings but you can always skip them. But again, I never turned my receiver off wenn the copter was in the air.

I’m not suggesting your receiver is configured wrong since you say it’s worked properly for all the other time it’s gone into failsafe. What I’m suggesting is that it malfunctioned.

Oh, sorry, thank you for the hint! That would be quite bad.

But now I realize that you are right, but its the transmitter. I now remember a problem with my other copter and another receiver wich might be related.

I had the same problem, this is my thread Unexpected Land in AUTO MODE

I’ve looked at your log. It’s pretty clear what happened:

The receiver you said you have has the option to stop sending any value when connection is lost and that’s the recommended method to use. I would change to it.

Dear @OXINARF, thank you very much for your help!
I donated 15$ to the outstanding Ardupilot project as a kind of thank you (I know that’s only a small number compared to the great work but unfortunatly I’m not able to give the adequate amount…).

I did check the transmitter. It was already in the mode to send no pulses but in Mission Planner the value 874 is shown for all channels.

I donated 15$ to the outstanding Ardupilot project as a kind of thank you (I know that’s only a small number compared to the great work but unfortunatly I’m not able to give the adequate amount…).

Thank you! Any amount is welcome

I did check the transmitter. It was already in the mode to send no pulses but in Mission Planner the value 874 is shown for all channels.

That’s strange, I think. I’m pretty sure that if no pulses are received it would stay with the latest values, but I might be wrong - I don’t have hardware to test that right now unfortunately.

You should not have the receiver go dead in a failsafe. Roll, pitch, and yaw should either remain unchanged or go neutral (preferably neutral). Flight mode should stay where it is. And throttle should go low. I always have mine bring the gimbal to about 45 degrees too.

@Pedals2Paddles: as @OXINARF wrote and as it is written in the documents the “No Signal”-method is the prefered method:

“No Signal” method - the receiver stops sending signals to the flight controller. This is the preferred method and is how most modern FrSky receivers operate.

Or did I get something wrong? Now I’m really confused what to do.

Well ok then. I’ve never owned a receiver where no signal on any channel was an option. Never even knew that was an option. I probably skipped right past it when educating myself on the failsafes a few years back.