the TBS Disco frame has an integrated current sensor, i was thinking in connecting it to the APM.
the image is from the TBS core but is the same pinout in the lower plate of the frame. 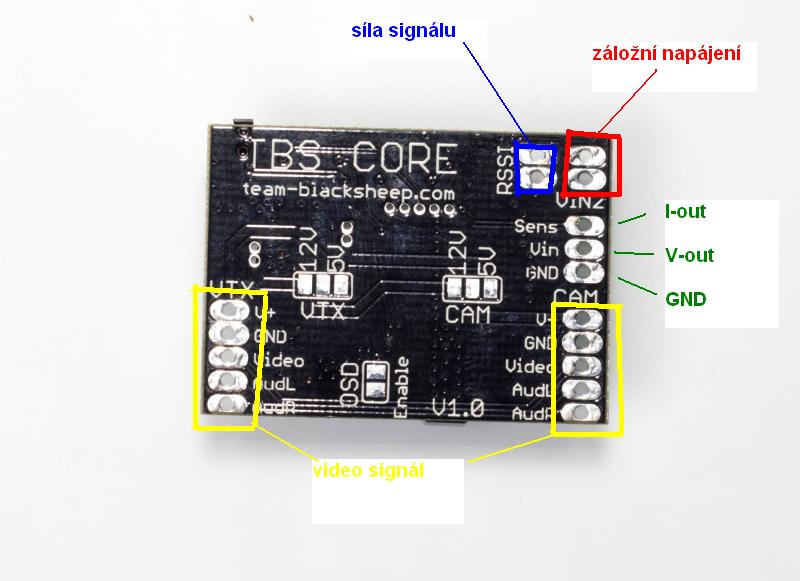 so connecting sense to A2 and Vin to A1 and gnd to gnd will do the trick ?? is there anything i should be carefull with?

AFAIK you just need to confirm the sensors pins on the board and here is the documentation, it is for AttoPilot 180A but might work for other non-3DR voltage and current sensors.

i was just trying to figure this out. the sense pin seems to be similar to the atto pilot output.

but vout its raw (same as the lipo) so i guess the TBS core does more that just read from it.

If the voltage is the same as the lipo you can’t connect it directly to the APM, the attopilot analog output scaled for 3.3V ADC