Climb and descent after yaw

The EDU-450 will climb or descend about 10m after a yaw of about 90 degrees. Today I would point the drone west then yaw to the north and then it would climb. Turn back to the west and it would descend after the yaw movement. I’ve tried various changes to the tune, and among the 8 different EDU-450 drones I’ve tried they all do this to some degree. They all have more or less the same component layout, (PixRacerR15) but there are a few different tunes. I’m starting to think this is a barometer issue because the climb/descent was after the yaw movement completed. The FC is in mRo’s 3D printed case. With today’s test there was a light wind (3m/s) out of the south and I wonder if that’s a factor. I’d love to try flying without wind, but that just doesn’t seem to be an option these days.

During the flight I’ve linked here, the altitude displayed on Yaapu stayed at ~15m regardless of where the drone actually was during the tests. 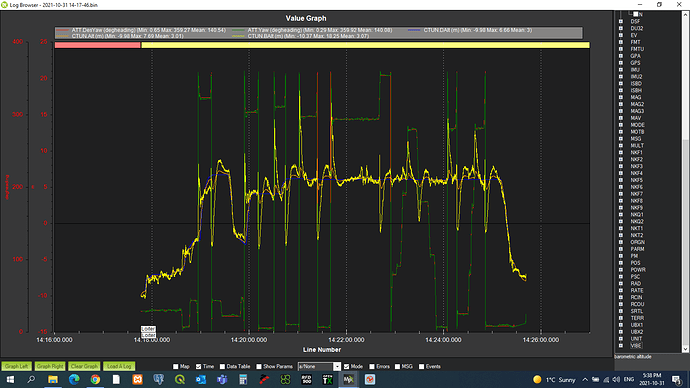 As far as settings, along with various pitch, roll and yaw tunes (default, auto and manual), I’ve tried:

I’d appreciate any suggestions or ideas you guys have.

Yes strange, and the baro alt increase/decrease is linked to yaw left/right.
Try covering the baro, or whole FC, in some foam or even glad wrap or something as a test?
Got a photo?

Actually all three compasses are affected by throttle. I would try the Compass/Motor calibration.
Maybe you can find a willing (crazy) helper they can hold the 450 over-head for you, or do it the long way as per the instructions.
https://ardupilot.org/copter/docs/common-compass-setup-advanced.html#compassmot-compensation-for-interference-from-the-power-wires-escs-and-motors

The FC is in a 3D printed case from mRo. I’m planning to pull it apart and put some foam on the barometer. I like your glad wrap idea. I may try that too. 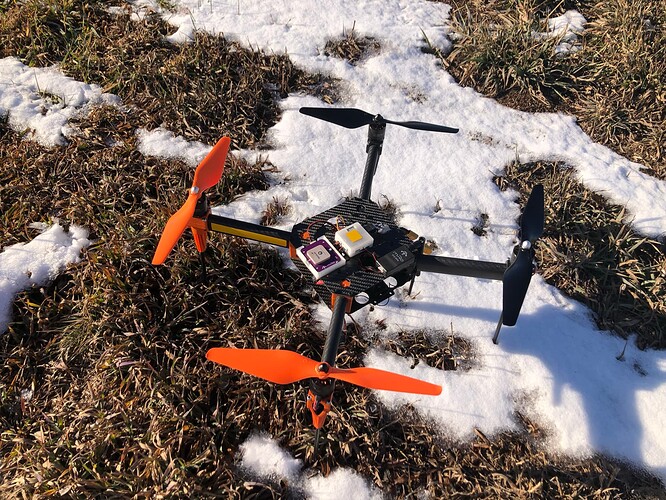 Interesting about the compasses. I’ve had no issues that I noticed with the compasses so I didn’t even look there. I think I still have the backward props I made for an F450 compass/MOT calibration. If those fit I’ll try that. I have the willing/crazy helper but that might not set a good example in an educational setting.

We opened up all the cases on the Pixracer and put foam over the barometers. So far we’ve tested 8 of the builds and they’ve all performed really well holding altitude, in spite of a variety of tunes ranging from default/initial, to fully tuned. Looking back at the issues along the way it’s been very enlightening how barometer issues or inconsistencies will manifest.