In setting up the frame choice, it is natural to select therefore the ‘quad +’ as my motor layout in the parameters. However, as illustrated by the attached photo, my wing mounted motors and fans are different in size to the fuselage mounted ones. As these pairs rotate in the same direction, it’s unlikely the torques will be balanced. 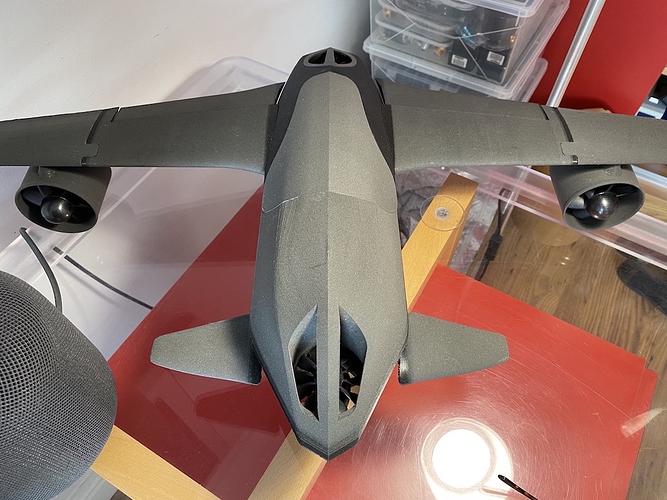 For this particular quadplane it isn’t an enormous problem, as the vectored tilt servos can cancel this effect out. However, I wish to design a smaller version with continuous tilt rather than vectored to reduce mechanical complexity.
Can I change the motor spin direction for the Quad+ frame such that the front and rear motors spin in opposing directions, as do the left and right?

It will also be a sort of ‘micro-quadplane’, meaning I believe it will have sufficiently low rotational inertial to exploit differential thrust/rotation to yaw in the same way as a quadcopter. Is this currently possible in the 4.x build?

Still no advice on this one?

Thank you for anyone who spends time answering