Using ExpressLRS receiver. ExpressLRS site says to use channel 5 for Arm/Disarm, yet Ardupilot channel 5 “default” for copters is modes.

I think (not sure) I can change channel 5 to Arm/Disarm through a switch on transmitter by using this parameter RC5_OPTION = 41 and setting up the switch in the transmitter on channel 5 (Mixes Page). Will this work?

If so, is it then possible to put “Modes” on a different channel (such as channel 6) and use a 3-position switch on that one channel to change between 3 different Modes? If so, what parameter do I need to change and to what value? Is it FLTMODE_CH = 6?
Thank you

Yes that would be it

Thank you so much. New to Ardupilot and having fun learning!

Hi,
I’m also having a confusion regarding this channel 5 arming on ELRS:
ELRS devs say that I “would better have channel 5 at high when armed” and it’s something beyond my understanding. Along with this channel 5 on ELRS is a 1 bit and it’s sent on every frame? frequently. I feel much safer arming by throttle, and also I have on my Radiomaster TX16S a 6-pos button ideal for mode switch, but I can’t set it on channel 5, because it’s 1 bit. Also my quad arms fine while channel 5 at low.
Maybe it’s some old time superstition, but still a mysterious religious fear keeps me from setting rings and bells on this switch.
What should I do with it?

you could try asking on the ELRS discord ExpressLRS Community. I have also been curious about this as I have a mini that I just use rudder arming with and that seems to be ok.

You definitely want to set channel 5 high during flight, at least under present ELRS firmware. It sets some flags for transmission as well. You can probably just set a global function as Ch5 high and let ArduPilot ignore it as an arming command.

ELRS 3.0 brings some improvements to this mess and is the chief reason I’m considering switching over to ELRS in the near future.

I have already switched to ELRS 3.0 RC. Just wanted to get 16 channels badly)
Now does that meat that I can forget all this warnings and recommendations regarding channel 5 and use it whatever I want?

Yes! Forget ch5 in that mode! (Or at least that’s my understanding at present)

so even on 2.xx you would still put channel 5 high even when using rudder arming? I was actually surprised rudder arming worked as i thought arming had to be in ch5.

From everything I’ve read/seen, Ch5 should be high when in a ready-for-flight mode. I was trying to find some more specific documentation on the rationale yesterday and came up empty. Some of the videos by the likes of Painless360 and RC Reviews discuss it in some detail.

Actually, here is the one of the ELRS dev team tells that even in 3.0 RC channel 5 still has to be high for the “link optimization be active”. I suppose, that means that otherwise ELRS will think that the aircraft is on the ground with some magic circumstances. 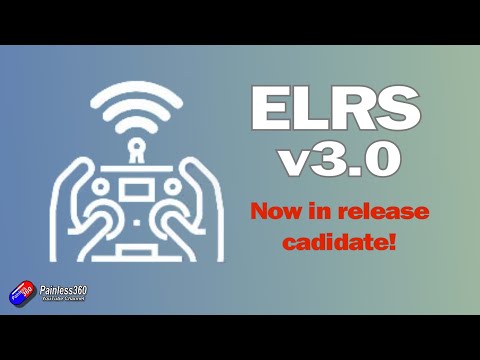 I stand corrected! Re-watched that video last night and realized I must’ve been too excited about the other features to recognize the continued importance of Ch5. Still, 15 full resolution channels with one wonky one is pretty good stuff, and the lower transmission rate certainly works for most, if not all of my use cases.

I got an R9M module + R9MM working with 3.0-rc tonight, and the results are so far pretty good. Even with the RX still on my desk amidst USB cables, monitors, and lots of sources of interference, I was able to get 260m away at 100mW through multiple obstacles before signal strength started to suffer badly. With direct line of sight and good antenna placement, I imagine the range would increase by an order of magnitude.

There’s also a little mention of MAVLink in that video which sounds promising!

TLDR; Set Ch5 high in-flight for all ELRS versions to date if you want to take full advantage of its capabilities.

I’ve just set CH5 source to MAX on my RM TX16S, without assigning any physical switch to it. Not sure if there any downsides having it HIGH even when disarmed, but don’t see any by now.