I’ve been avoiding upgrading MP for a long time because I vaguely recall having a huge nightmare of issues last time. But today I thought what the hell, I’ll try it. I used the update button from the ‘Help’ section inside MP which automatically downloaded a bunch of stuff and restarted. Unfortunately it doesn’t run now. Any ideas about how to proceed?

I tried installing afresh using the regular installer from here, but the problem persists:
https://ardupilot.org/planner/docs/mission-planner-installation.html

We can start with a long and painful debugging session of missing and/or outdated .net libraries and patches. But Instead of that I recommend to move away from windows 7 and try it with a more recent version of windows.

Ps. Windows7 EOL since january, and there were no updates since that

In that case it would be nice to mention in the docs somewhere that Windows 7 is not supported so people don’t waste their time on it. Ideally the automatic updater and ‘check for updates’ features would also cease functioning on Windows 7, otherwise they will take an installation that works fine and ruin it. On startup, a dialog that says “Sorry, this software requires a newer version of Windows” would also go a long way toward reducing confusion.

What new features were added to recent MP updates that require a version of Windows greater than 7 btw?

I did not said it is not supported on Win7, but since none of the components are updated automatically since january, it will be a difficult to find out which one needs to be updated. But you can start with the .net framework. From the log it seems that the problem is with the ValueTouple methods which supposed to be available in a recent .net framework installation.

Indeed I think it is the best if Windows7 support will be officially dropped since (IMHO) it is a waste of resources to do testing and stick with features to a 11 years old operating system.

For now I have installed 1.3.68 which works fine

It might work fine for you now but it’s a dead end street. There are features in Ardupilot that require a Beta version of Mission Planner let alone a version from JUN19. Best move on. 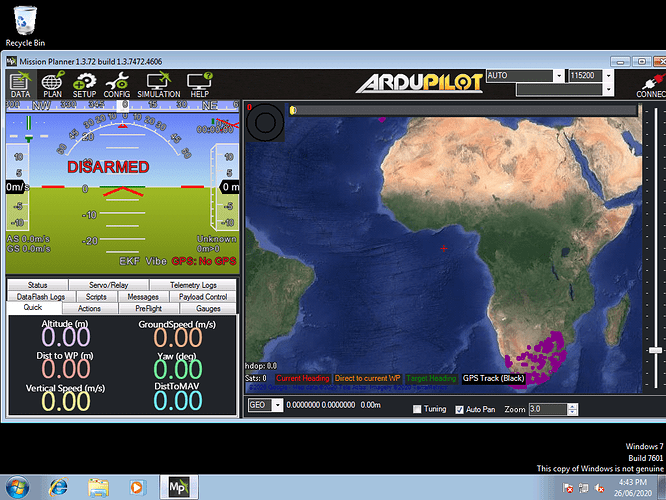