Hi, i tried to reconfigure my quad with mission planner. And I did everything correctly. But at the time I tried for arming it does not. But if I turn the throttle cut switch on it can arm and the motors are in standby position. After I turn the throttle ‘on’ the motors runs normally but like jercking. Some times it starts flip and crash. I did everything repeatedly but no hope. Is any one has any idea about this. Please give me a resolution for a smart flight.

Did you recently remove, replace the props or the motors? Sounds like you have them in the wrong place. Two propellers/motors will be clockwise, and two will be counter. If you have them exactly opposite of where they should be, your quad will be pushed down into the ground on take off. But if you have 2 of them off, then it’ll lift one side while pushing the other side down, causing a flip.

No did not made any changes in motors and props. I checked everything.
Don’t know what is happening. And I am not at all familiar with log
checking. So I can’t trace the issue.

hmm…ok sorry don’t think i can help then

We do not have enough information. We need an exact detailed description of the aircraft including a complete parts list (frame, motors, ESC, battery, etc.), pictures of the wiring setup, pictures of how the flight controller is mounted, what radio gear you are using and how you have the model setup in the radio.

To learn how to examine log files, go here: http://ardupilot.org/copter/docs/common-downloading-and-analyzing-data-logs-in-mission-planner.html

Thanks for the tutorial. I will upload photos of my quad soon. I already
tried to upload but the button was inactive at that time.

I already made it fly. But after hit with a tree my quad is now working
like man with vertigo.
Also I don’t need to call me by any of the group members. This is because
of i am using email reply facility of the group. And I am very thankful to
those who shared their valuable time for my query. Which includes you too
Mr Hari.

Thanks for the valuable information. I tried the thing you shared for me. Helped me a lot. Thank you very much.

Thanks and appreciate your kind interest in this topic.

Dear sir, please look into the photos. I tried to upload these directly to
the group but unfortunately I can’t. So I send these through email.

Thanks a lot for your investigation. 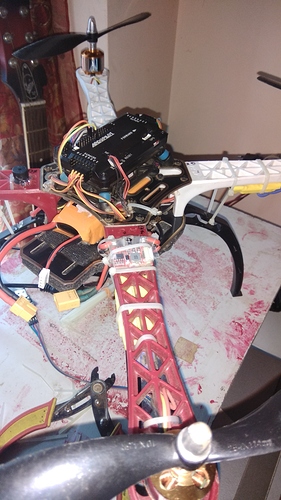 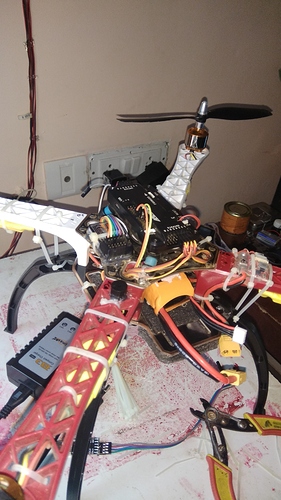 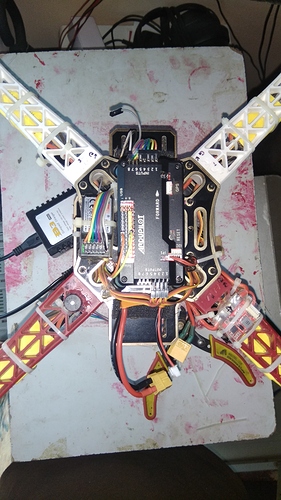 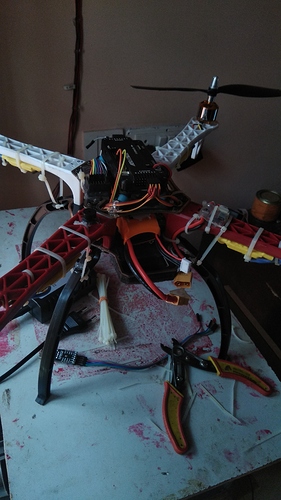 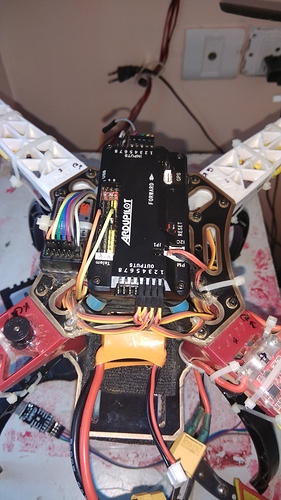 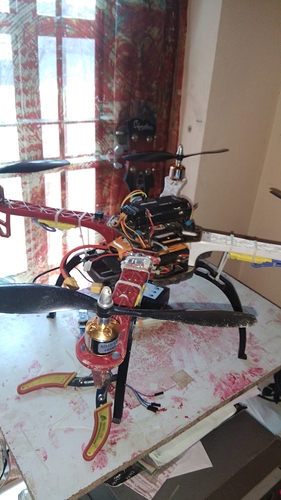 I downloaded this and did an auto analysis. This is my current issue. I
changed the battery from inside of the cabin to outer part. But now also
the magnetometer seems to be bad. 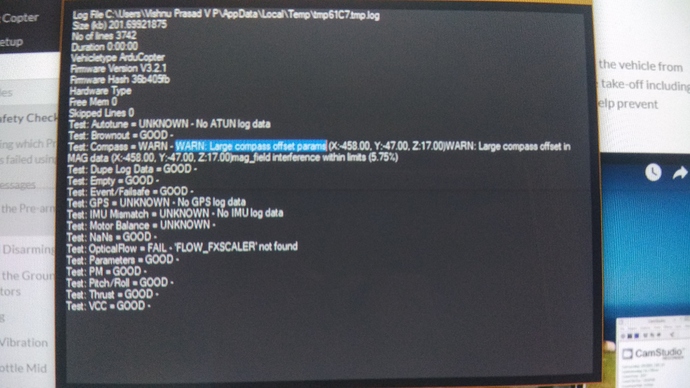 Sorry, if my words offended you.

No, the magnetometer is not “bad.” The offsets are bad because like the earlier APM 2.5 the compass is being interfered with by the power system.

At the time the 2.5 was being used in planes and helicopters in a configuration where the APM was far enough away from the motor(s) and ESC(s) that interference was minimal. That all changed with multirotors and problems with bad compass offsets were very common.

To alleviate that, the APM 2.6 does not have an onboard compass. The compass was moved to the GPS and magnetic interference was once again negligible.

So, what you need to do is disable the onboard compass and install a GPS/compass and put it on a mast.

Did not.
It was a mistake by me. Thanks for the information.

Ok sir. Thank you for your suggestion. I will purchase a gps with compass and install it on the stand. And I will try the same log checking and upload to you too. It will take 10 more days(salary to be credited :D).

Ys i think so. Mr. OldGazer also pointed to this. I should purchase one after one week. Thanks bro.

This is what the current situation. I can’t go up in the air.