Can I use condition_yaw(mission planner command) to rotate it like the picture? 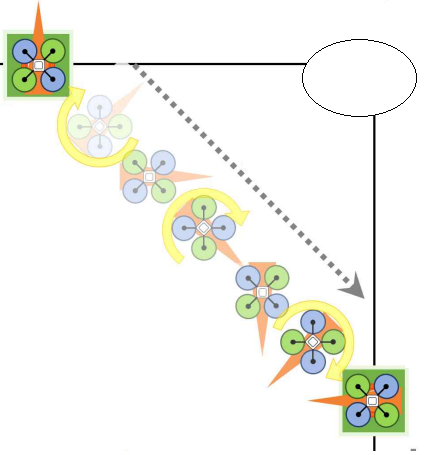 yes you can. Update to the latest Mission Planner, and if it still does not work update to the stable version ArduCopter 4.1.5

I received a project.
I have to solve this problem(project) with mission planner ver.1.3.74 and pixhawk 4 quadcopter FirmWare ver. 4.0.7

If you are talking about the Mission Command “Condition Yaw” then no. If what you are showing in that illustration is a continuous yaw change between waypoints it won’t do that. It points to an absolute heading or a relative heading. You could potentially play around with a parameter that controls yaw rate but this is a poor solution. Perhaps give Guided Mode commands.

And whoever gave you that project suggest they change a fixed version of Mission planner and Ardupilot to Current Stable of each. It makes no sense to to use old versions with less features.

It’s a moving route during automatic flight, is there a way to adjust it with parameters?

No. You could try to use Region of Interest Do_set_roi commands to point the yaw heading to a fixed point as it flys the mission. Or issue Guided mode commands or possibly with scripting. But I don’t understand what you are trying to accomplish.

I think Lua scripting might also be a way to accomplish the intent, but I agree with @dkemxr - the intent is somewhat unclear.

Does it need to turn a specific number of degrees across a specific distance? Or do you just want to pan a camera continuously during the mission by yawing?

I need a way to turn the yaw slowly like as shown in the picture.

From specific start and end headings?

A specific number of degrees?

Only between certain waypoints?

At a specific rate?

Please be as specific as possible, or I’m afraid we can’t help very well.

Assuming that the diagonal distance from the top to the right is 6 meters, rotate about 45 degrees per meter, but move smoothly.
and only between certain waypoint

i’m also interested in this topic.
I’m facing the problem to rotate the yaw slowly duing the movement between two waypoint.
is that possible?

That’s not necessarily the same problem. If you just want it slower, or faster, there is a parameters for that. ATC_SLEW_YAW. Default is 6000 cdeg/s.

Is there any command to change this parameter in ‘mission planner plan’? 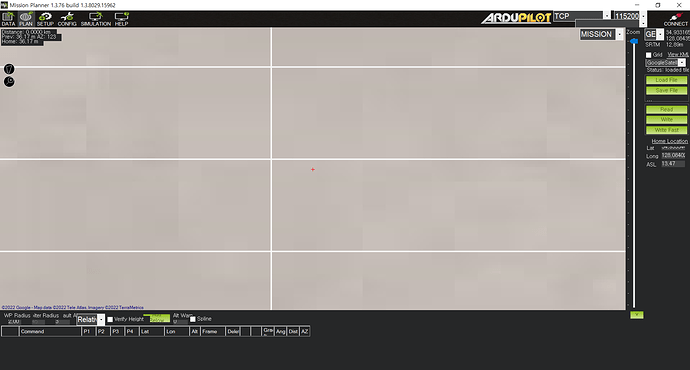 No. conditon_yaw and do_set_roi are the only commands that control yaw as mentioned. You will need to issue Guided commands.

This is a very easy problem to solve, assuming that it’s ok to clamp ATC_SLEW_YAW to the desired yaw rate for the CONDITION_YAW command. I don’t think Lua scripting will add much value since auto missions already support relative yaw commands (and Lua attitude commands are not yet supported in the Copter branch).

Here is a screenshot of a mission that I successfully tested via SITL:

Note that WP 3 is set to rotate 720° counterclockwise with a “1” value in the rel/abs field to indicate a relative change in yaw. The CONDITION_YAW command commences immediately after reaching WP2. The Sec field is not currently supported, hence the need to set the slew rate mentioned above.

The distance between WPs 2 and 3 is covered before the 720° turn is complete, but that’s of no concern, since the command to proceed to WP4 cancels the CONDITION_YAW command, and the Copter ceases its CONDITION_YAW rotation to continue on course.

To recap, if you want a continuous 45°/s yaw rate between two waypoints:

Very interesting, I’ve also from my side experimented CONDITION_YAW but only with the simulator. I was using the following mission to make a 360° at very slow speed (18 deg/s and after 9 deg/s):

And according to the simulator the CW or CCW was not working but instead having + or - 360 works.
So that works with the simulator but you confirm it won’t work in real life…