Hey!
I want to build octocopter for these i want to eight ESC’s of 60A . Which power module should I use as the power module that comes with pixhawk 2.1 has max current of 90A.
Please help.

What is the maximum current that the motors can actually pull?
There are several 200A power modules available (Mauch for instance), but I’m not aware of any bigger than that available for general sale.

Max continuous current is given as 46.5A/15S. What does this mean?

Max continuous current is given as 46.5A/15S. What does this mean?

I believe if you supply 46.5A or higher to your motors for any considerable time (perhaps 1 sec?) you risk them being damaged or destroyed. This is commonly called “burning out” a motor. Be warned: I have seen inexpensive motors “burn out” with currents slightly less than their advertised “max continuous current.” (I think I burnt one by supplying a consistent 23A when it was supposedly a 25A motor. Fortunately, it was a plane, so despite losing thrust, I was able to glide it back to the earth somewhat gracefully.)

On the 15S… I’m not as sure.
Often you’ll see numbers like “6S” indicating 6-cells-in-series for a LiPo battery. At full charge, a battery holds ~4.2V per cell, so a fully-charged 6S battery is around 6*4.2v=25.2 volts. I would not be surprised to see a motor describe its maximum voltage as “6S” rather than "~25.2 volts."
However, 15S is a BIG battery. A google search reveals that they do exist.
So… my best guess is that “15S” is actually a maximum-voltage rating, and that it indicates that you will be fine with most batteries. (12S and smaller, 8S or 6S are more common.)

But of course, that’s my best guess. Please someone post if you think I might be wrong!

Obviously we’re just speculating, without seeing the full spec sheet, but in this case I’d suggest that the oem is claiming the motors can sustain 46.5A for up to 15 seconds. Who knows what the duty cycle is on that, or how much heat it generates. 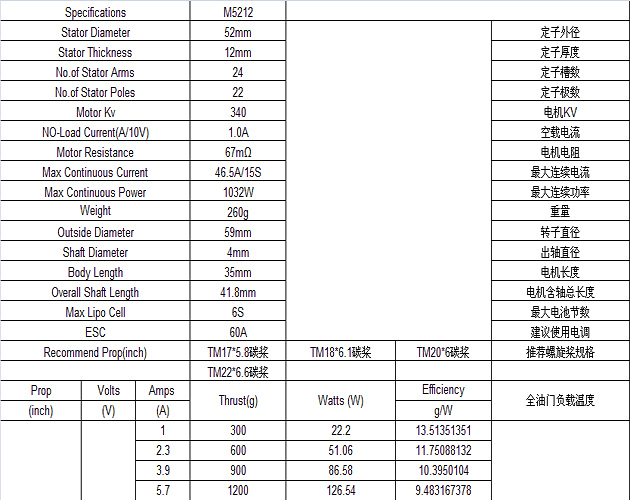 To take that much current, the only real option is to use 2 batteries in parallel with a 200A monitor on each. Either two HV 200A sensors straight in to the battery monitor ports on a Cube, or a setup like this: https://www.mauch-electronic.com/pixh-2-1-2-lipo-s-4-14s