I’m trying to do a swarm of autonomous boats with ardurover 4.1.5 and a PixHawk 4 mini. I’m using Mission Planner and I was wondering if it was possible to upload different missions for the different boats using only one computer, and to send them all the Auto mode command in one click. (For example, having 3 boats going to the same spot but by different paths at the same time.)

I’ve checked the Swarming Mode in Mission Planner, but I understood that other boats will follow the leader, resulting in everyone doing the same mission.

Thanks for your time and your answers,
Louis

So I guess you’ve already managed to see all the boats at the same time on the Mission Planner Data screen map?

I think to the left of the Connect button there should be a drop-down that allows selecting which vehicle is the main vehicle that MP is controlling. So for example if you use the Data screen’s Action tab’s Auto button, the command will be sent to the vehicle selected using the drop-down. I think this also controls which vehicle the Plan screen will upload missions to.

If you press Ctrl-F there is a “swarm” button but I don’t think the feature is used very often (which is why it is hidden) so I’m not sure if it works well or not.

I’ve managed to see both vehicles on the screen, and I have the drop-down selector to choose between the two of them.

Is there like a “Start all missions simultaneously” button? Or should I upload missions and then launch them one by one by swapping the drop-down selector?

I’ll try that as soon as I’ve handled my propeller issues.

Thanks for the help!
Louis

I haven’t seen a “start all missions” button I’m afraid… maybe it’s on that screen that I mentioned above but I’m not sure.

You can also use NAV_DELAY commands to syncronise vehicles so they start at a particular time.

Thanks for the quick answer, I’ll explore the NAV_DELAY opportunities as soon as possible!

Here’s a video I made using 3 boats syncronised via NAV_DELAY. 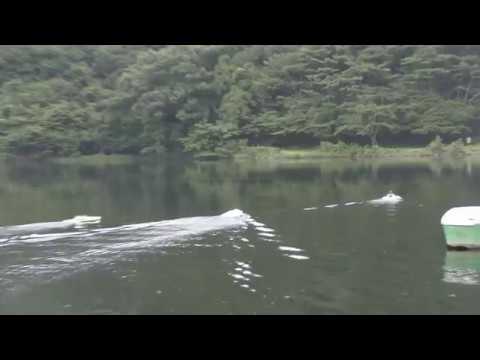 QGC supports this if you are able to use that.

@rmackay9 that is some great stuff, you have high quality material that’s impressive and it works very well, I hope I’ll do the same soon enough!

@manavgandhi17 yeah you’re right I forgot about that, as I’ve tried working with PX4 before with QGroundControl. I will try both strategies.

QGC works with AP of course as well…