Putting my head into the damn wall with this aircraft. I’ve tried plane, with Q-plane/tail sitter, and currently trying to hammer the copter firmware but getting nowhere. It’s a bicopter but vanes under for control not moving the motors themselves. I can get roll control with the motors but pitch/yaw sometimes works, or only one vane will move. Really frustrating. Also, since it’s setup as a tail sitting do I need to mount the cube on its edge, or do I “trick” the cube during calibration to make it think it’s sitting on its tail while it’s actually sitting level. I’m so confused and frustrated with this build since there seams to be almost NO documentation for bi-copter. ANY help would be greatly appreciated! @RandyMackay 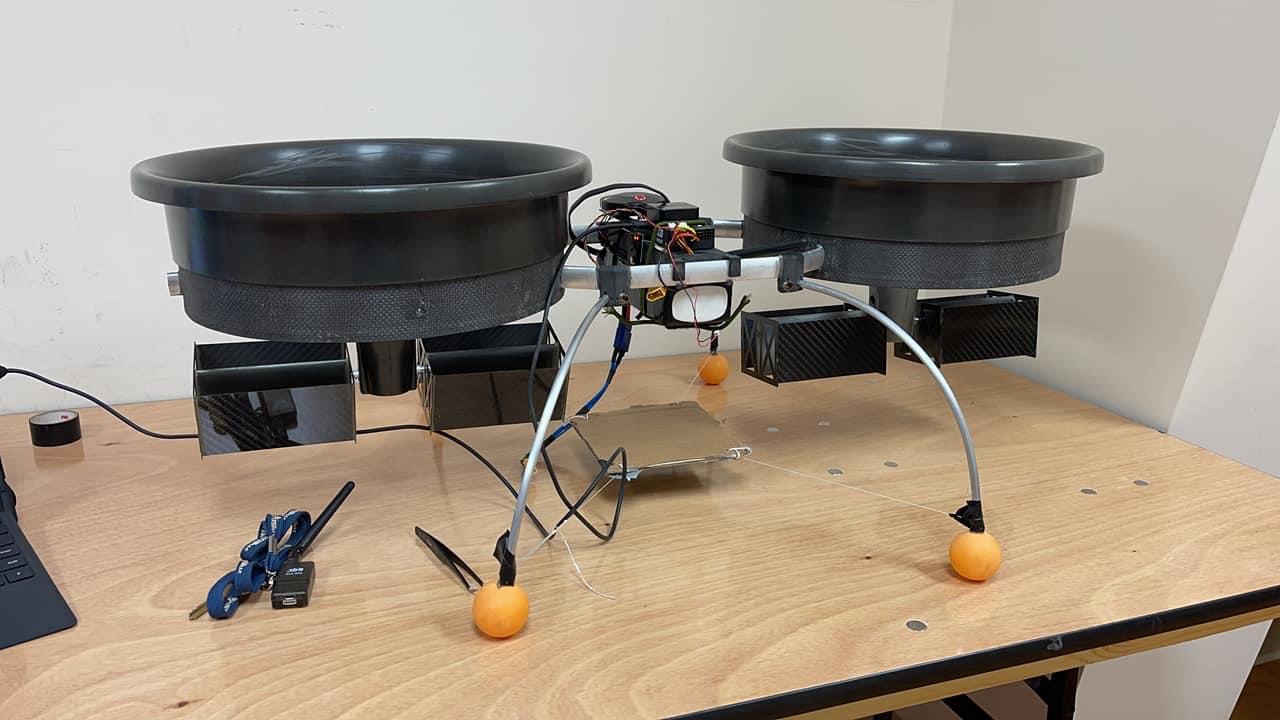 Hello there! I am now building a technically similar vehicle, so let’s suffer together! 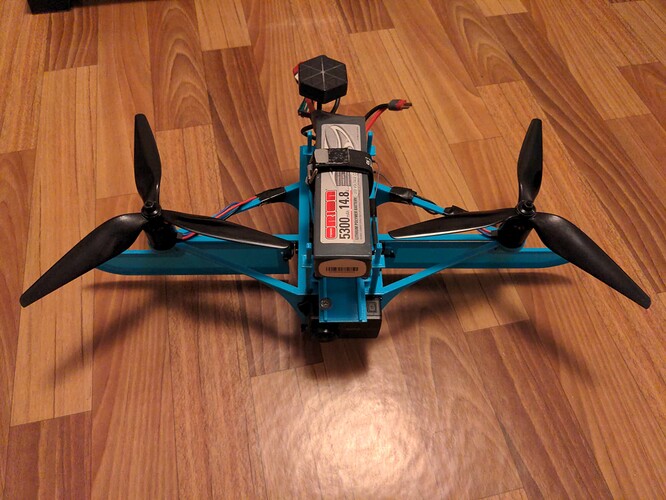 This evening I have tried the Quadplane configuration, and it even managed to arm few times. However, similar to you, I did not like the experience of pretending that it is actually a special plane, and for some reason AHRS behaved in a very unstable way. (And yes, it even tasted my blood, which is the first vehicle that did it).

Tomorrow I will be testing the bicopter part of the Copter firmware (FRAME_CLASS = 10). Despite that it is supposed to have tilted rotors, I believe we may have some positive experience using flaps as well.

While the former point is a (reasonable though) peculiarity of Ardupilot, two latter points are fundamental properties of the vehicle design, and the firmware cannot really cope with that.

That was a violent RUD at the first attempt to takeoff, apparently for the lack of structural strength… Hope for better luck (and better design) next time 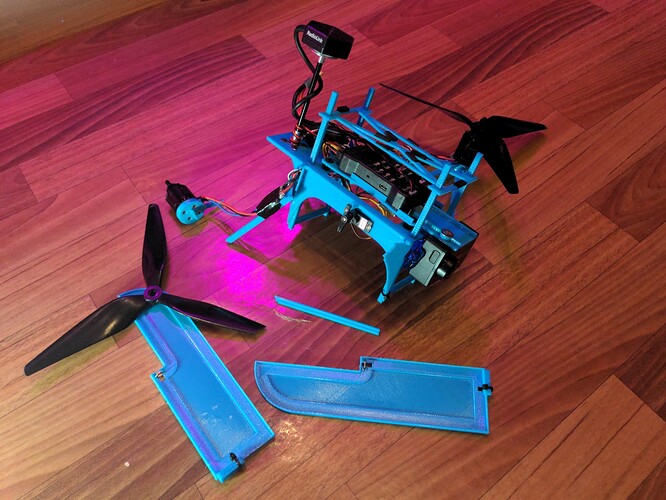 Well, that’s a shame but I’m not sure I have seen a Bicopter fly with good stability. It’s kind of the Balance Bot of Copter.

I think I will nevertheless try at least one more time

since the way it broke does not seem to be fundamentally related to bicopters in particular. A better frame, made of carefully designed carbon parts, will hopefully tolerate more tests.