Apologies in advance for the slightly distracting movement of the Mission Planner in the video. I’m still learning the features of the OpenShot video editor.

Some notes about what’s going on in the video:

I think the next two things we need to work on to improve BendyRuler are:

The frame is a Hexsoon EDU450 and the autopilot is a Hex CubeOrange. The vehicle also has a downward facing Lightware LW20 lidar. 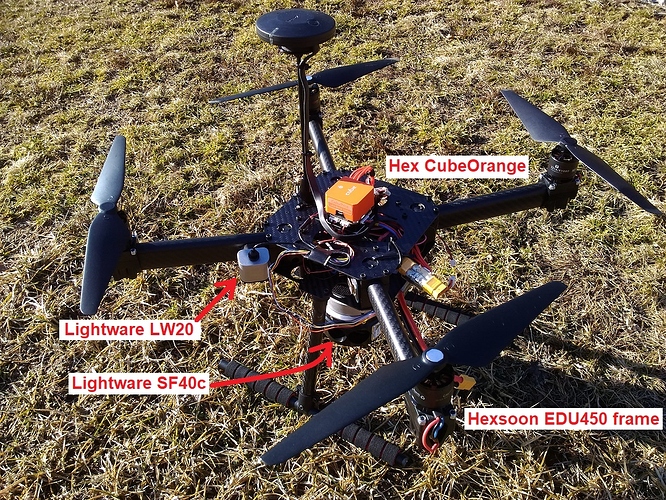 Improve the vehicle’s position estimation by switching to a uBlox F9 GPS, adding optical flow or a 3D camera like the Intel RealSense T265

Sorry for dumb question:
Can Arducopter currently fuse position estimation from GPS with that of optical flow or VIO camera?

A perfectly good question, AP’s EKF does fuse GPS and optical flow at the same time but I haven’t personally tested how well that blending works. The EKF can also fuse GPS and visual odometry but the Intel RealSense T265 actually provides a local position estimate which cannot be fused with the GPS (yet). We’re planning to work on this over the next few months though.

Another dumb question: ekf fusing gps and optical flow is new in 4.0 or it is available in 3.6.11 too?

Thanks! GPS and optical flow blending is in Copter-3.6.x (and earlier versions) as well.