Hello everybody and thank you for reading.

So is it possible to convert the Skyhunter 1800 into a belly sitter? If so what motors would you recommend I use. Thanks again for reading 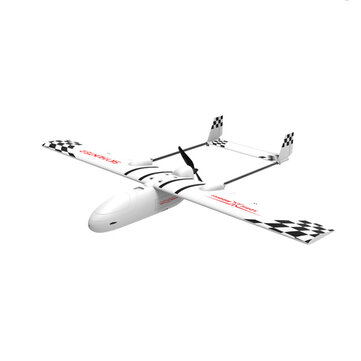 The answer is “yes” to your first question. The second answer will depend somewhat upon your conversion design. My preference is the first one below. I am not certain if the 4th one is a valid configuration but will require some tilting hardware for hover yaw control and a servo to tilt up and back. Some food for thought…

I’m with @GregCovey on this. I’m a proponent of K.I.S.S. I’ve converted conventional and flying wing to VTOLs and from my perspective, the 4+1 Quadplane is a preference, especially considering redundancy. With the other configurations, any motor or ESC that goes out during flight, your aircraft is coming down hard and more than likely sustain considerable damage.

The video you showed works for a flying wing. Do that with the Skyhunter and you’d more than likely damage elevator/stabilizer; at worst, break the tail boom mount on the wing during takeoff or landing.

Yes I came to the same conclusion

I just now saw this and since I’ve built 2 or 3 of the skyhunters I thought I’d chime in.

SOOOOOO…
If I was to convert this to a VTOL I’d say I don’t think it’s a good candidate. Tail section is weak and if you went the 4 + 1 configuration (4 for hover, 1 forward motor) then you’d have all four hover motors aft of the CG. Which means it will want to point its nose down all the time during hover. You’d have to find a way to extend the carbon tubing forward enough to clear the motor’s prop wash off of the wing as much as possible. That will complicate things structure wise.

It will be even worse if you did vectored yaw like the NImbus 1800 uses.

Personally, I don’t think it will be a candidate to be converted as a tail sitter either based upon the fact that it is not a stiff enough airframe to handle being launched/landed in a tail sitter fashion. By the time you beefed up everything you’d loose enough flight time to make the bird less practical.

Find another airframe would be my advice.