This is not my aircraft, rather I am asking this on behalf of a client for whom I am doing some flight testing. I attempted transition on his Believer VTOL, which is a tiltrotor setup (front 2 motors tilting) but it ended in a crash. Details as follows:

I had set ARSPD_FBW_MIN conservatively (17m/s) as the airspeed sensor had not been calibrated and did not want to risk transition too close to stall speed. Initially the aircraft was struggling to reach 17m/s when switching to FBWA, as the recommended Q_TILT_MAX setting (45 degrees) was probably a bit low. So I gently pushed the nose down and the aircraft then made transition (597 line number) at which point I neutralized the elevator and also reduced the throttle input. Suddenly at 604 it rolls and pitches down and is pretty much inverted at 607, whilst still pitching nose down. At some point in this sequence of events, the right stabilizer (it is a V-tail) can be seen coming off. See graph below, which shows attitude, airspeed and RC inputs for throttle and elevator.

At this stage I am leaning towards airframe failure, ie. the right stabilizer/V-tail. Here are some pictures of the rear of the fuselage where the tailplane was bonded to, as well as the plastic tailplane root itself. I am not going to say, but is there anything that jumps out from these photos? 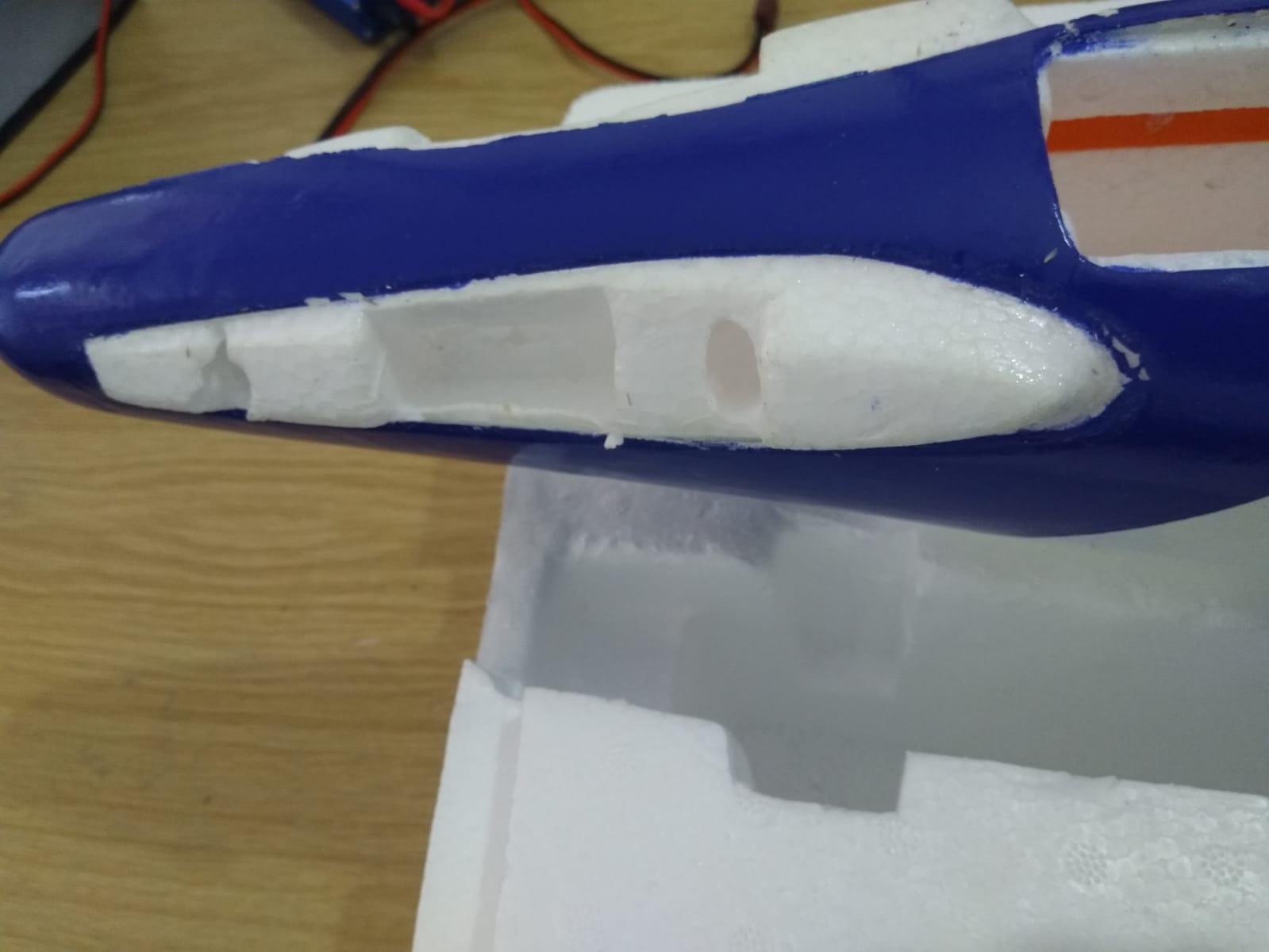 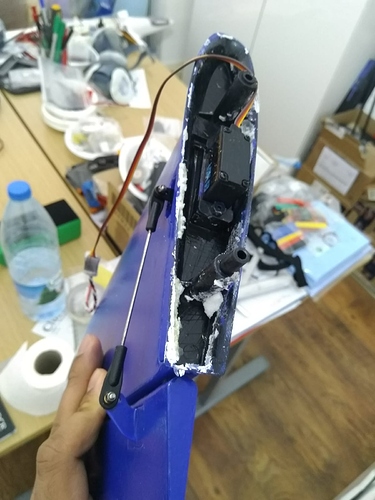 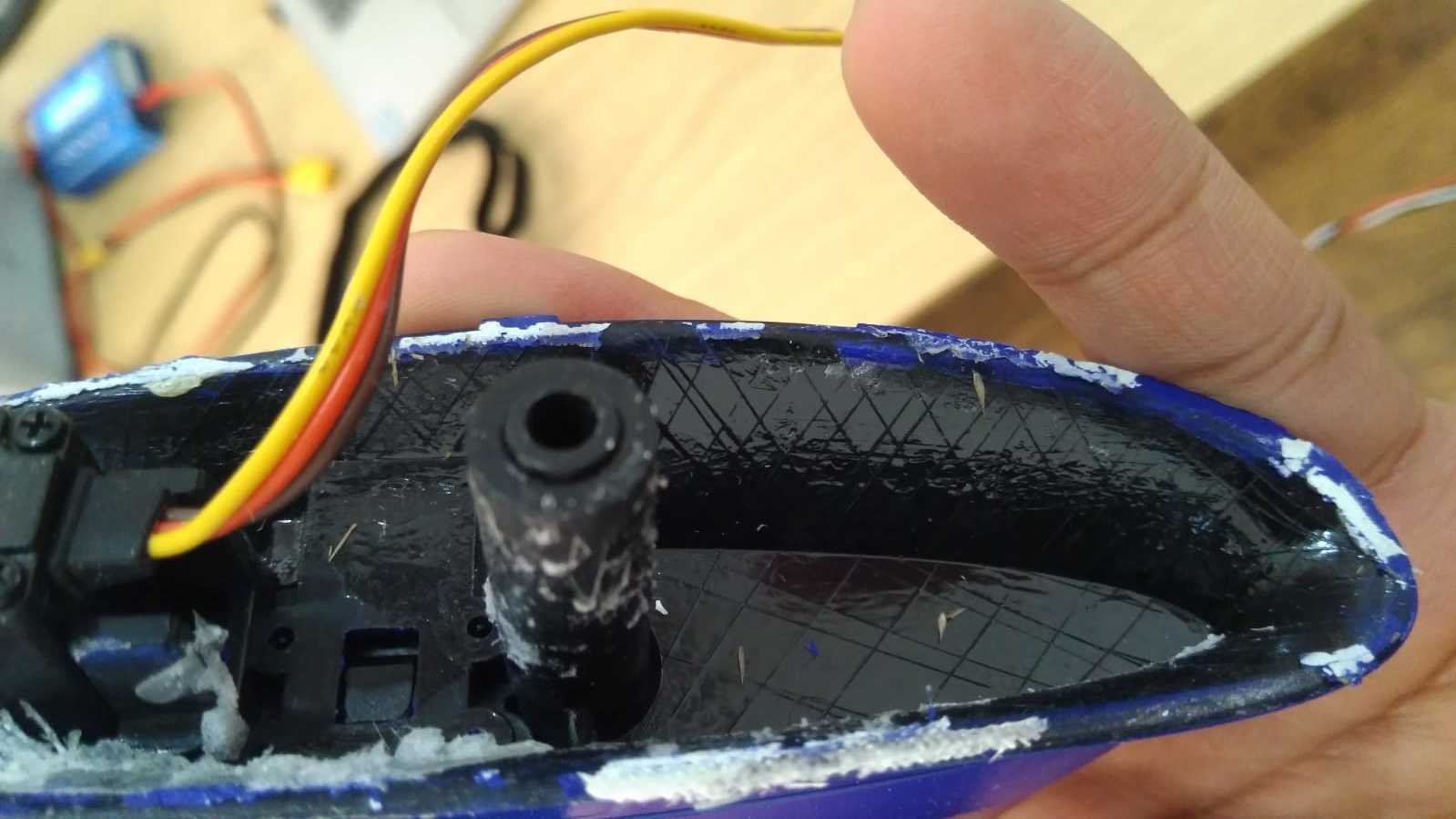 I did try save the aircraft in QStabilize at 605 but it seems to have been over-ridden to Manual. EDIT: as Rolf noted in his reply below, it looks like I invoked Manual after QStabilize. This was probably instinctive, as a fixed wing RC flyer.

Any thoughts, opinions will be appreciated.

The crash is a pity.

I would look for the error at the transmitter. Or it is an accidental misoperation of the pilot? The flight controller has only done what he was ordered by Tx (RCIN.C8):

The pwm value on channel 8 was down
about 0.3 seconds again at FLTMODE6 = 0 = Manual

Hi Rolf, thanks for your reply. Ok, so looks like I went to manual after brief Qstabilize. That was probably instinctive at the time, as the aircraft was inverted at that point (and I’m a fixed wing flyer!).

Putting aside the recovery issue, any thoughts on the glue bond of the tailplane?

@GregCovey As an experienced builder, would you have any comment about the glue bond of the tailplane ?

There are pros and cons to using “horse” glue versus one of the better glues like Beacon Foam-Tac or UHU Por, etc. The pro is that it comes loose before the next stronger parts breaks. The con is that it may come loose in flight.

I don’t recall any glue joint issues on the RC Groups FPV thread for this model so perhaps it was stressed from the additional weight for the VTOL conversion or cold outside temperatures. However, Nikoli (Arxangel) did have a recommendation on his review.

In addition, you also get 2 full tubes of unbranded foam-safe Chinese glue to help you put the plane together. I, however, will be using the glue I trust for this job the most - the Moment Classic! Will still use the provided glue here and there, but the main bits will be for the one I trust! 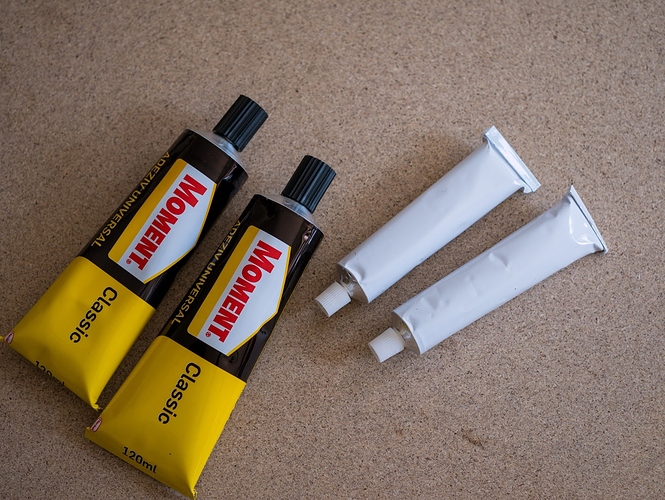 Hi Greg, thanks for your reply.

I find it crazy that there can be glue that is weaker in tensile or shear strength than foam is. That’s what it appears from the pictures I posted and from what you are saying (if I understand your post correctly about the “next stronger part”) . Certainly the pictures show no foam beads stuck to the plastic stab roots. Or I wonder if it was a case of no contact between between the surfaces (poor fitting joint)? Regardless, I think it is obvious, the supplied foam glue is not sufficient for such areas, which concurs with Arxangle’s view. Personally, I always toss mine straight in the bin and use UHU Por or Gorilla and make sure surfaces are sanded and keyed and rubbed with alcohol.

After reading more about the Believer, it seems unclear if they are still delivered as a kit or as an ARF. In the Arxangel review, Nikoli had the opportunity to glue all his joints proper for his FPV use. If your Believer came from the factory already glued then you should contact the company for a replacement.

Thanks Greg. Just to confirm this was a kit, and not pre-glued/ARF.

I’ve actually seen a tail fin shear off of the believer (non-VTOL, but it’s the same parts) in completely normal flight. It failed in the same spot as yours. It’s been a while, so I don’t remember exactly what it did, but it was a fairly violent departure and the end result was that the battery fell out from a few hundred feet up and the rest of the plane entered an inverted flat spin and “landed” with minimal damage. It definitely could match what you saw.

Post-crash inspection showed that the glue joint between the plastic and the foam had failed, as the epoxy we had used did not stick to the foam well. It also looked like poor contact between the foam and the plastic had occurred. We’ve gone to using extra-thick CA glue, which seems to hold well although it’s a pain to work with.

Thanks for your reply James. Question - when you used epoxy, did you key the surface with sandpaper? Also, did you try some alcohol?

I tend to agree about the fit, it looks like poor contact is made over much of the intended bond area, as was the case with my client’s aircraft. Gorilla/PU glue can be useful in such situations but the expansion can get out of hand sometimes.

Gorilla/PU glue can be useful in such situations but the expansion can get out of hand sometimes.

I have glued about 30 of these now and never had an issue like you originally described. Unfortunately Gorilla glue has not bonded to this type of foam very well for me. I learned my lesson after gluing my first Skywalker Titan with BSI Foam-Cure glue (right hand side of the picture - ripped clean off, WORST glue for this type of foam).

I moved to GOOP adhesive and never looked back (left side of the picture after an inverted crash). Others swear by foam-tac, but I love my GOOP. 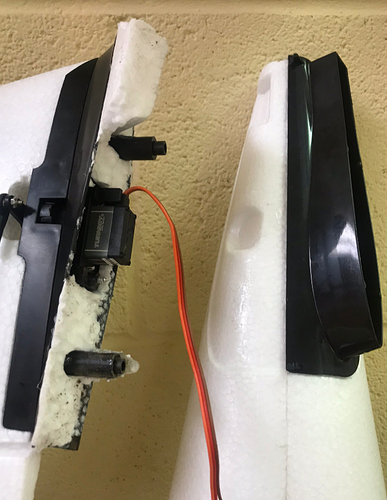 We sanded both parts, the plastic and the foam, but the epoxy doesn’t hold well to this foam, period.

After inspecting the same joint on a bird using BSI “Extra Thick” CA adhesive, I would not recommend going that route either. It’s better than epoxy, but much more of a pain to work with as you need to get the fit right in just a few seconds before it starts to cure. And the joint still splits from the foam easier than I would like.

We’ll be trying foam tac on the next one, and we might play with the Goop as well after seeing Nathans results.

we might play with the Goop as well after seeing Nathans results.

. Clean up is the best with it too because it only makes a surface bond (except on foam) and maintains super flexibility.

Can you guys share links to the glue you use? I am building a believer soon and want to purchase the correct glue for this type plane. I have been using 5 min epoxy after sanding it and wiping it with alcohol, and have had 0 issues in the past and its not that heavy either… The key to using the gorilla glue is the surface needs to be lightly damp with water, thats what activates it!

The key to using the gorilla glue is the surface needs to be lightly damp with water, thats what activates it!

Believe me, I’ve tried. Unfortunately that still doesn’t bond it to the EPO very well. EPO’s surface is nonporous unlike other foams.

It seems like I’m one of the very few who still use epoxy. For critical areas, I use the “micro nails” method: take an awl or fine phillips screwdriver or other pointy tool and make lots of little holes in the foam, about 5mm deep. I then smear the epoxy well onto the surface so that it fills the holes. Then smear epoxy on the plastic piece being bonded and push together. Epoxies are generally designed for chemical bonds, which is simply not possible with EPS/EPO, but this method gives a really good mechanical bond. When you pull it apart, the foam will ALWAYS rip, the glue itself will NEVER pull off from the foam, so I am confident it is as good as any other method. If you pull the join apart and dissolve the foam with a solvent you will see why it’s called “micro nails” and is very good under both shear and tensile load.

Note that this is NOT a substitute for keying (I use 220 grit sandpaper) and wiping with Isopropyl alcohol - you still need to do that.