Are there any gimbals? Compatibility?

Can anyone recommend me any pixhawk gimbals for my f450 quad??

Will this be compatible with the pixhawk?

I think the storm32 developer was the only person even tried to get advanced Gimbal functionallity supported with ardupilot. Im not sure what the current status with storm32 vs ardupilot is.

Choosing the right Gimbal / Controller is more a question / decision if you want to spend some amount of time or better go “ready to record” with a more expensive for example DJI Gimbal. 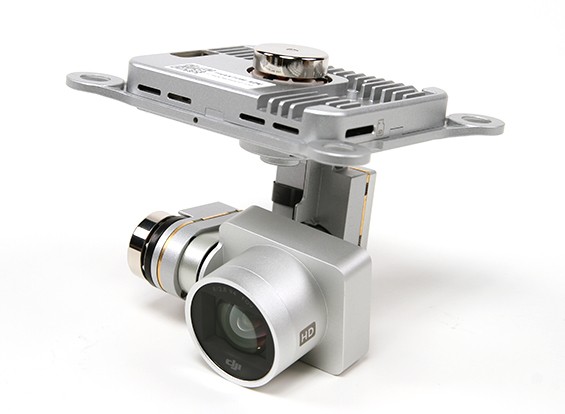 (though im not sure if it will work without DJI FC)

I would suggest the storm32 gimbal. I have the same gimbal and it works really well.

How have you connected it? Do you just connect to telemetry 2 port on the pixhawk and that is it?

Linus do you know the reason why some people connect to telemetry 2 and and the serial port as well? Thanks

nope, sorry.
I didnt made much progress with my storm32 since i had troubles getting it all to work smoothly.
I was not very actively flying for the last 6 month.

because I just got my storm 32. But do you know why we connect RC 10, RC9… Inputs on the pixhawk because if you have telemetry/serial connection what is the point?

Linus, do you what this means on the website you gave me?

“The custom SToRM32 protocol was added as an alternative to the MAVLink protocol and has the same features. To use the serial protocol use all the same settings as above except set the SERIALX_PROTOCOL to “8” (where “X” is “1”, “2” or “4” depending upon which Pixhawk serial port the gimbal is connected to).”

I dont know why its not part of the gimbal config page. You have to set MNT_RC_IN_TILT and MNT_RC_IN_PAN to your rc input for pan and tilt. I have it set to chan 6, 8 and I use chan 7 for camera trigger. You want to set MNT_TYPE as 4 and stay with mavlink forget the SERIALX_PROTOCOL and just set MNT_TYPE=4.

@Linus what problems where you having? When you say “smoothly” do you mean the gimbal been smooth/stable?

@Tim_D I had no joy getting my first storm32 board to work and thought it was DAO since i ordered it dead cheap from china.
Bought another one an found out it didnt like to play with my windows machine either.
It gave me headaches to even get it recognized by the GUI and I shelved it for now.
Will need to giver it a try again

Hey man you have saved me like really helped ME

On your setup did you connect your gimbal to the serial port of the pixhawk ONLY? Or do you have to connect something else, because some people on forums connect to the rc output of the pixhawk and stuff I don’t know whats going on

I try to explain what i know from the past

in the past you only could use the RC outputs of the APM/Pixhawk to get the Gimbal Controller stabilize better as it will ‘know’ the attitude of the vehicle doing so.
This always has been optional, not required!
You can controll your Gimbal from your Transmitter as well doing do if you need that feature.

The serial connection should replace the need for the RC outputs if i remember correctly but again I didnt get that far yet.

If I want to do an auto mission with only tilt control for my transmitter only and everything else is controlled by mission planner. What do I need to leave out? (SINCE i only need one serial connection this time) Thanks a lot man.

What I mean is the ROI feature, what do I need to do to be able to do it.

You don’t need to leave out anything or change anything. If you have setup pixhawk to control the gimbal from your rc inputs then everything is correct.

I don’t believe you can control the gimbal once the roi has triggered. From what I understand pixhawk will do the pitch and yaw control of the gimbal and override your rc inputs. I might be wrong…