Ardupilot, the Cube, an Innovative Design, and NASA 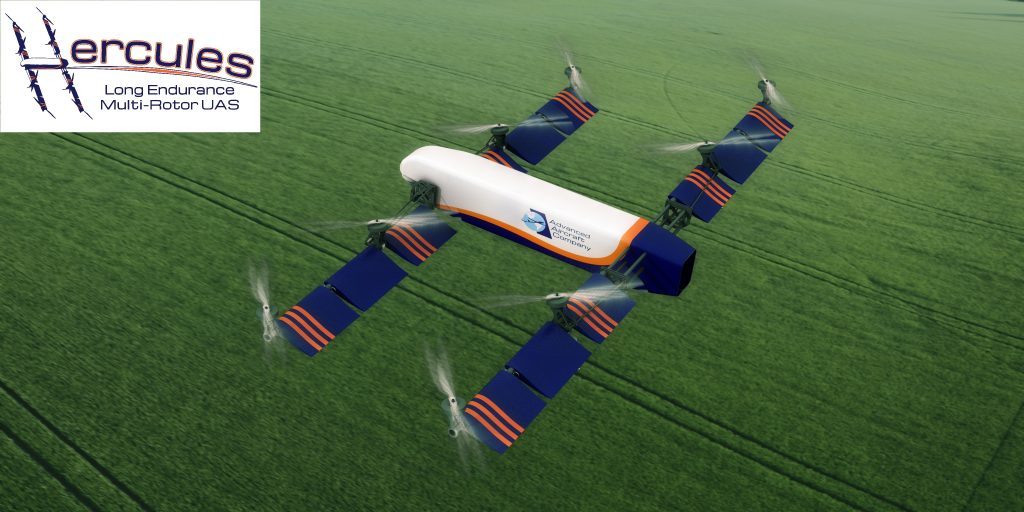 The second newscast of sUAS News this April featured an interesting interview of Bill Fredericks, who did the conceptual design and ran the GL-10 Greased Lightning project at NASA. After completion of the project Bill , who still works for NASA part time, founded the Advanced Aircraft Company in late 2015, with a wish to commercialize the tilt wing NASA project.

While pursuing this venue, the company has developed another VTOL, the Hercules, a large and innovative multirotor (13 feet MTM, 28" propellers) that has two interesting features:

Of note to this community is the fact that Bill flies the Hercules with copter, on the Cube (a.k.a. formerly Pixhawk 2.1).

In the video Bill presents his company and the concepts, at between about 18 minutes and 50 minutes. There’s also a good discussion with always astute Bruce Simpson, of Model RC reviews fame, on the always present dangers of hybrid designs that may combine the best of two architectures, but could also combine their weaknesses.

Nice! Really cool to see the Cube in this!