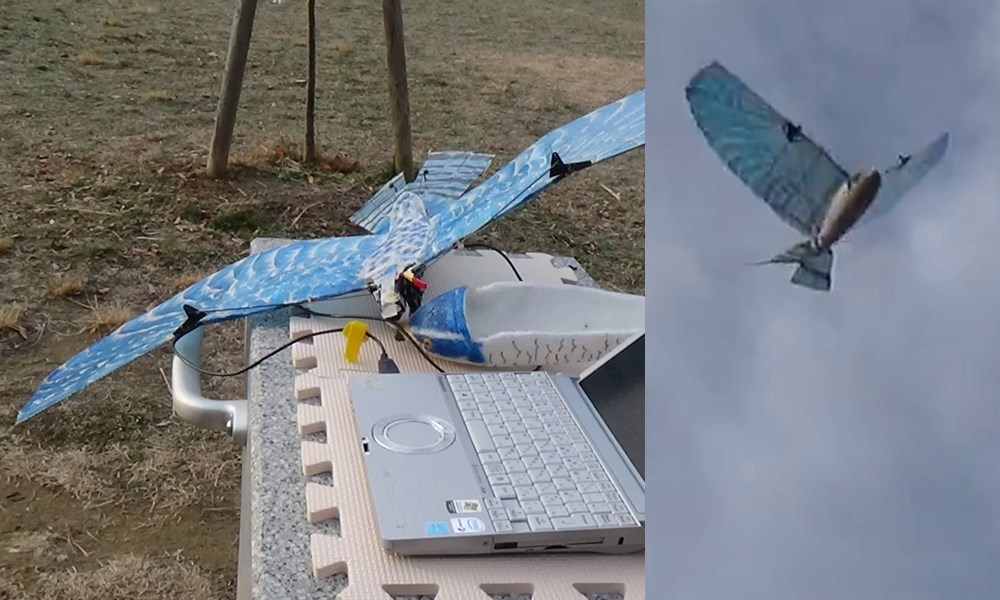 Fantastic. Great achievement both to get it flying so well and to get ArduPilot running on it

awesome! thought about this a while ago and abandoned the idea because i thought it would be to difficult

great someone did it!

While there’s a considerable amount of academic research on flapping wings, I was surprised to find out when looking into this further that ornithopters RC models have been readily available for quite some time. This video for example was made in 2010. And rubber band powered Ornithopters have been made for decades.

nice work!
And I wonder are you using the ArduPlane on this BIRD? Or you made your own firmware.

Yao,
I ping’d him on facebook and he’s just using regular ArduPlane loaded through the mission planner.