Thanks in advance for any answers/advice. I’m a newby to whole field of electronic boat control, so please bear with me if my questions reflect this. We are developing a solar electric autonomous boat to cross the Atlantic Ocean, and I am hoping to use Rover Ardupilot for navigation. It’s a larger 24’ boat (please see the pic of the prototype boat below). I’ve spent quite a bit of time reading through the forums and manuals/articles, but still have some questions.

Anyway, that’s it for now. I look forward to hearing some thoughts. 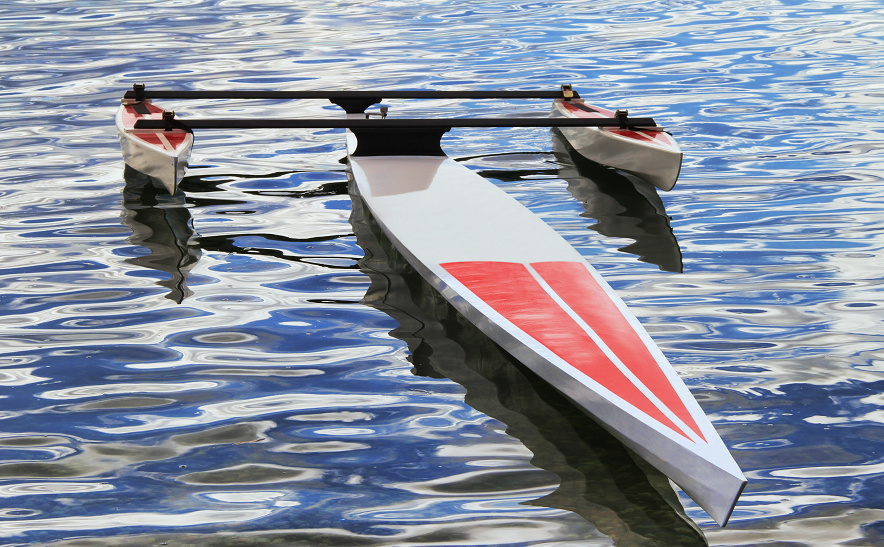 That is one sexy looking boat. To answer your questions:

Many thanks for your detailed response, Grant. It sounds like the Ardupilot will work well for our application. We will be installing it in the boat over the next few months, and I’ll post updates here.

It looks great Colin. I can only imagine how much the boat will cost. If I were you I’d build the cheapest possible prototype first and test everything on that.

I would be worried that in the open ocean big waves it would flip your boat over and then it can’t right itself which is why mono hulls with large keel weights are so popular.

Looking forward to your updates.

Yes, using a monohull with a weighted keel is the simplest way of creating a self righting vessel. And self-righting is imperative with a small boat is in the open ocean. The problem with using a monohull, however, is that you are really limited by the surface area to lay your solar array. For the 1200 watt array we plan on using, it would end up being a sluggish barge. A multihull is the ony way of creating a truly slippery hull that has the space for a large deck. The challenge was in creating a multihull that easily self rights (and without using deadweight to lower the CofG). We’ll be demonstrating the self-righting aspect in a few months.

We’ll be testing all the electronics in the prototype pictured. The same vessel will be used for refining the rough water attributes, self righting aspects, navigation system, etc. Even more daunting than the cost is the time required! More info on the quest is on our website here; https://angusadventures.com/expedition/autonomous-ocean/

Things are moving along. The steering hardware will be installed in the proto-boat over the next couple of weeks, and we’re hoping to start the autonomous navigation testing around Christmas. Our current project is developing an efficient electric motor pod. Our overall goal is to have the boat moving at 3.5-4 knots with 100 watts of power. The solar array will be rated for 1200 watts, which will conservatively give us a 24 average of 80-100 watts. You can see more about our motor design here - https://angusadventures.com/propulsion-system-for-autonomous-boat/