I plan to get the official latest source code. After using the git fetch upstream command, the compilation has an error, how to solve this problem? thanks 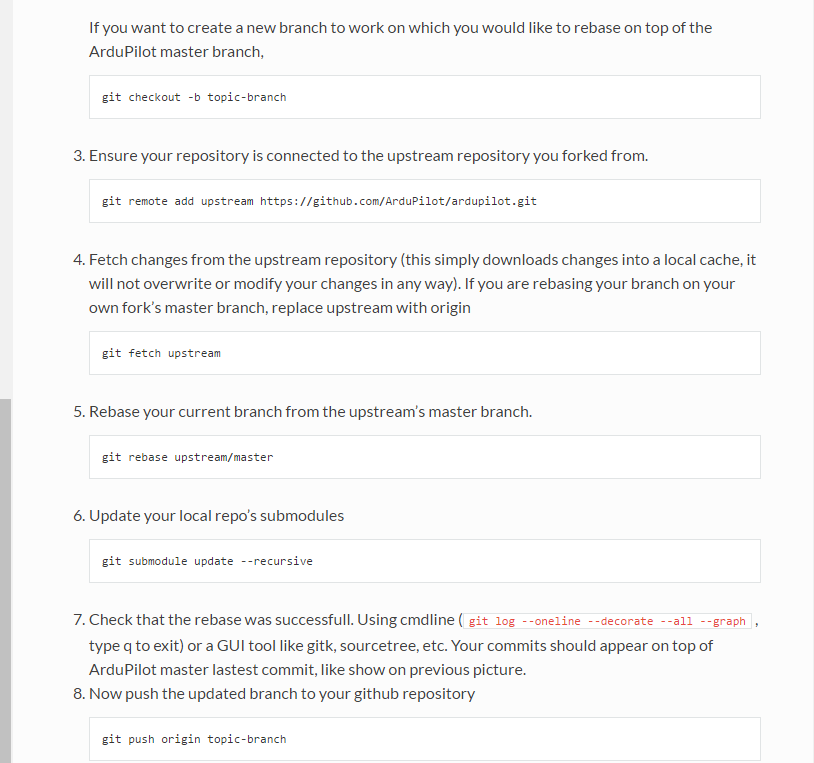 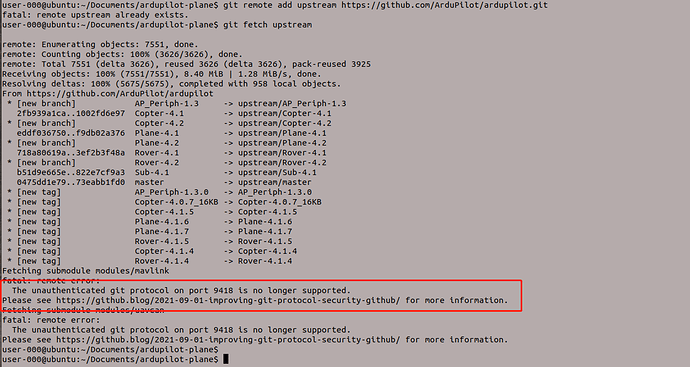 See this blog post about the git protocol business:

[github-image-small] There have been some significant changes in the way github handles submodules that have impacted the ArduPilot project. The changes are described in this github blog post: What I’ll describe below is how this impacts ArduPilot and how you can fix your developer checkouts of ArduPilot to avoid the problem. The git:// protocol One of the earliest protocols supported by the git version control system was the git:// protocol. It is a read-only protocol and doesn’t require a…

I believe at that point in the screenshot you should be able to do
./waf distclean : clean out all the old builds
./Tools/gittools/submodule-sync.sh

Yes, it can work, thank you very much!