Any new support for rudders and skid steer?

Got stuck a kilometer out on a tailings pond with on T200 thruster dead on my cat. Pretty hard to go straight lol! Seen some old posts about workarounds for skid steering and rudders, but nothing recent or in the documentation. Is there a way to do it? I could just mix a steering channel from the rudder stick and keep it disabled unless needed. But the rudders would be super nice at lower speeds when you need to make sharp turns.

I’m not much of a boat guy, but I feel pretty “in tune” with the Rover branch. I’m not aware of a control scheme that mixes rudder with skid steering. Lua scripting would be the way to go to mix some rudder steering at slow speed unless the dev team slipped a feature past me.

You can assign function 26 (ground steering) to your servo outputs. I turned 2 monohull boats into a catamaran and have both skid steering and rudders, seems to work although the boat does not have much sea time yet. 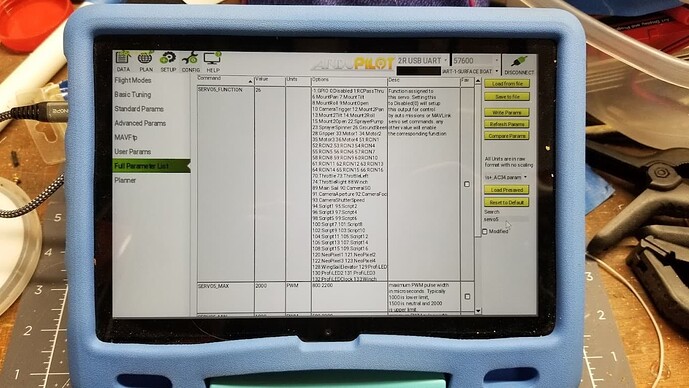 I don’t think that’s the intended purpose of the function, but if it works, that’s pretty cool!

I’ll give it a try. Did you 3d print that hull? Crazy lol.

I have a lua script for my 3 wheeled skid steering rover. The script controls a servo attached to the rear wheel, to use it as an active castor. It calculates the angle of the rear wheel based on the throttle input for the left and right skid steering wheels. It goes from -90 to +90 degrees to make pivot turns possible and every angle in between, of course. It should be no problem to change it for a more limited range of travel.

you can mix them but it can get a bit strange with the rudder moving the wrong way when reversing and scaling being wrong
.
my boat is running skid steer motors + omni thrusters + rudder + sail.

When reversing with thrusters and a rudder in PILOT_STEER_TYPE 3, I noticed the …rudder was not pointing the right way, the flight controller is assuming that it's going to give rotation the same direction regardless if its going forwards or backwards but a rudder or even a wheel doesnt work like that, the flow over it reverses and so does its force so it was working against the thrusters. Its not that much of an issue for me as my rudder has very little authority in reverse, but it could cause problems for thrust vectored setups. 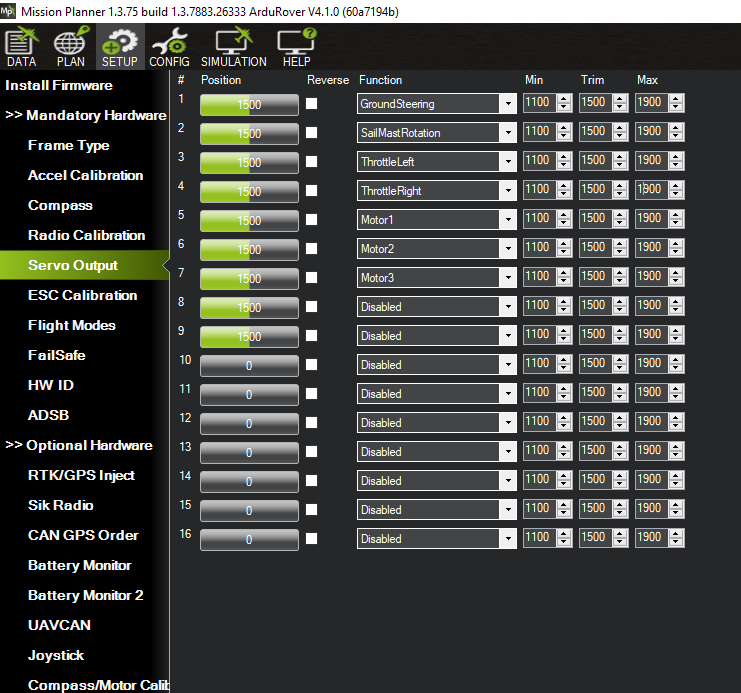 I’ve never tried any lua script programming, but would it be possible to monitor outputs 1 and 3? That way if there’s any differential, the steering channel could be set to neutral.