Another waypoint generation scheme for vehicles with limited turn radius

Similar to this topic, where the waypoint generation suits zero-turn mowers or at least vehicles with a small turn radius:

Does anyone know of a program that will take a polygon defined by way-points at the corners and generate a pattern of way-points which covers the interior of the polygon in an outside-to-in pattern. The goal is to generate way-points for a lawn mower or similar rover. I found an open source library named clipper which can basically draw polygons inside polygons with a specified spacing. I have written a small test routine using clipper but I don’t want to reinvent the wheel if a program already …

For vehicles with a large turn radius, such as a tractor with slasher, mowing predominantly rectangular areas, I came up with the following pattern. You can see the rectangular pattern progresses from one side, cutting across at about the 50% mark. This way the turn radius is always the same and and in the same direction, eventually the whole field is covered as the rectangular track moves across. For fields that are not rectangular, you’d simply artificially divide them into rectangles where possible.
Please excuse my simplistic diagram. 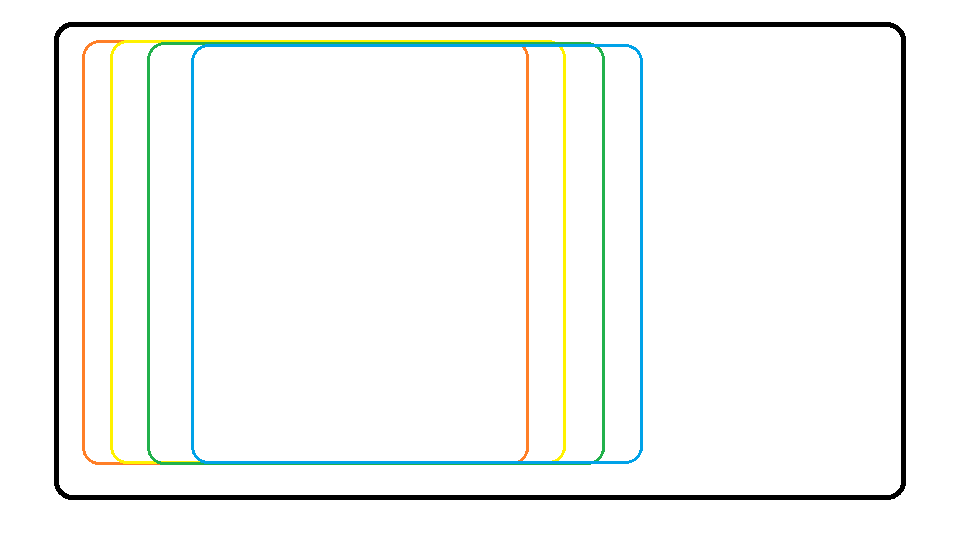 It may be that experienced farmers (and I am not very experienced) have known this forever, or potentially even UAV pilots (I’m not that experienced there either). There’s a good chance I wont even use this myself since I dont (yet) have a rover, and a rover of any affordable sort is unlikely to be able to mow my hilly paddocks. However it was a thought that may benefit some in the community.
Trying to slash paddocks in an “outside to centre” pattern like mowing the front lawn always ends up with large areas and small random bits skipped because of the turn radius. Then you’re driving all over the place with the tractor trying to slash left-over bits and reversing over other bits, potentially having to stop and start the PTO frequently.

Mission Planner already has a feature in the standard survey waypoint generation routine to skip every second row, thus giving wider turns, but also it requires alternate left/right turns and a second run to capture the skipped rows.

I already met @Michael_Oborne recently and proposed this idea. maybe one day it can make it into Mission Planner.

i think you will find something like this already exists.
eg 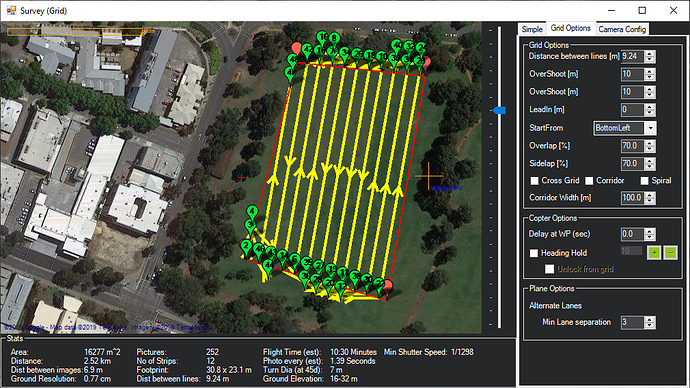 Yes I see now. I was able to use the Min Lane Separation (as you show there) to achieve the “moving rectangle” type of pattern. 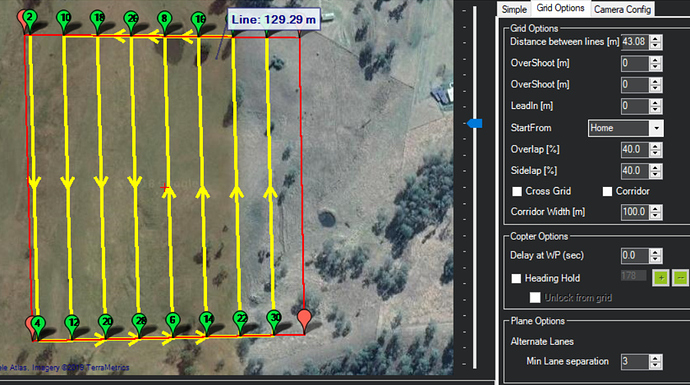