Another topic about pitot needed or not

Thanks for your insight. It’s what I figured. Obviously I’m trying to avoid having additional hardware and dealing with more debugging. But I guess I’ll have to bite the bullet.

Any experience with good results using a digital airspeed and ext compass with I12c? I bought a digital one for my cuadplane but some people reports conflicts with compass.

Hearing about these issues is what has me concerned getting into the AirSpeed Sensor. Cala2, in your opinion, do you think at least the analog sensors work better? How is the setup? Tedious? Have you tried running a QuadPlane without an airspeed sensor?

Alexander: I near you in this task, only that I bought the airspeed but I never use one and I don´t installed yet, I´m flying a Skywalker for long time without it and no issues but today was my first little test with a cuadplane; I´m following Greg and others experiences here and trying to learn too.

Thanks @cala2. Best of luck as well on your progress. Love to see some progress footage on your end.

Here you can see my progress. As soon as you tube finish to upload I share my first quad test

@cala2 great job! Looks like a successful hover test to me. One thing I’ve learned in this journey is making your fixedwing hover is already half the battle. Keep up the great work! Looking forward to upcoming progress!

My experience is that an analog airspeed sensor is more reliable, but a digital is more accurate. I had I2C issues with my digital so switched back to the analog and have had no problems. I purchased a 5525 that I will try soon. If a digital is working well for you, perhaps you can fly with less of a margin above stall because it is less noisy, this would increase endurance somewhat.
Without an airspeed sensor the plane uses more throttle than it needs to and wastes a lot of battery. I consider them essential for safe autolandings, efficient mapping, and certainly Quadplanes.

Thanks @iskess for your input. From what I’m gathering from several other users, the route with less headaches is the analog sensor. Is that your consensus as well?

[quote=“iskess, post:19, topic:18341, full:true”]
My experience is that an analog airspeed sensor is more reliable, but a digital is more accurate.[/quote]
In my experience this can not be generalized:

I had no I2C issues, but disturbances on the analog line. I2c and analog line issues depend both on cable routing, cable length, shielding and electromagnetical interference. If several sensors are connected to the i2c, the voltage of the inputs / outputs must be the same or you must have an active i2c-hub. The disturbing factors therefore depend on the individual frame structure.

The next source of error, which can seriously affect reliability, is sensitivity to sunlight while airspeed calibration on startup.The 4525Do is very sensitive(the pitot probe was covered):

If the battery is plugged in under other lighting conditions than in flight and the sun can shine brightly on the sensor, the measurement is completely useless, if airspeed calibration on startup is enabled.
On conventional planes I have therefore enabled ARSPD_SKIP_CAL.

At the tiltrotor VTOL we check before each flight ARSPD_OFFSET,
since in the case of incorrectly high values, a stall while forward transition could be the consequence.

The ARSPD_RATIO is, on the other hand, consistently stable.

Only my experiences with 2 analog and four digital sensors.

Alexander, I think you’ll find analog works fine, and it’s much cheaper. I have 5 of them on different airframes. The issues I have seen with the 4525 were on a stock 3DR Aero, not a custom build. I will go back and check since reading Rolf’s post about voltage mismatch, but I like to think that 3DR didn’t screw that up.
I also tried the 4525 on another airframe and found a higher level of noise when sitting on the ground, always giving 2-3 m/s. This is probably in spec but my analog always stays around 1 m/s. Graphing both sensors in flight I had to admit that the 4525 was less noisy, but I decided to stick with them and they have served me well on a variety of airframes for many years.
Now the 5525 is out and it is much quieter than the analog, so I’m going to give digital another try.

Look at the price

Yes, that price is certainly appealing and surprising. It even includes the pitot tube and hoses. I have one on the bench I have been testing. The signal is super clean. One thing that concerns me is the latency of the reported airspeed. When I remove the pressure from the tube, it takes a long time for the airspeed to wind down. It is much less responsive than the other 2 airspeed sensor types. It seems there it some smoothing algorithm in the driver perhaps? This makes me wonder if the noise is being masked by this averaging. This could be a problem in a very dynamic flight situation like a stall.
Rolf, can you corroborate my observation?

Rolf,
What OSD are you using?

Thank´s for your comments; Rolf: Do you use the digital airspeed with the ext compass?

Rolf, can you explain more about AIRSPEED_OFFSET and how you use it. I have only ever set the ratio. You say you check it on each flight, does it change on its own, why?
Thank you.

What OSD are you using?

Do you use the digital airspeed with the ext compass?

not yet, only airspeedsensor at i2c bus.

can you explain more about AIRSPEED_OFFSET and how you use it

ARSPD_OFFSET is calibrated on startup, unless ARSPD_SKIP_CAL = 0 (default = 1 !!!) The value moves the entire measurement up or down.
(Best, you’re playing on the bench with this parameter to form your own opinion or conclusion about this parameter)

@Rolf how has your experience been with play uavosd? Most importantly, how has your setup experience been (tedious, a nightmare or hopefully effortless)? Do you recommend it for pixhawk? I currently am using the pixhawk 2.1, do you know if it will work on it? Thanks in advance

I use a firmware fork of TobiasBales. This firmware does his job really good.
https://circleci.com/api/v1/project/TobiasBales/PlayuavOSD/latest/artifacts/0/$CIRCLE_ARTIFACTS/PlayuavOSD.hex?branch=master&filter=successful

The settings are easy via USB. It should also work with Pixhawk 2.1

Here is a picture of parrot disco facebook user : 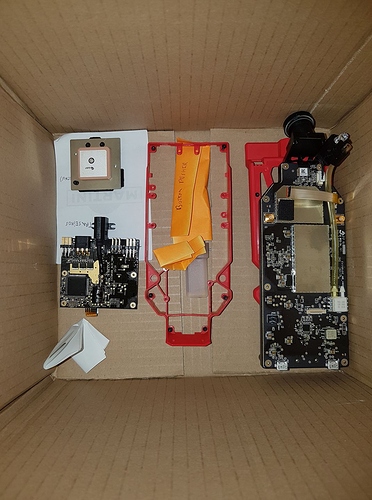 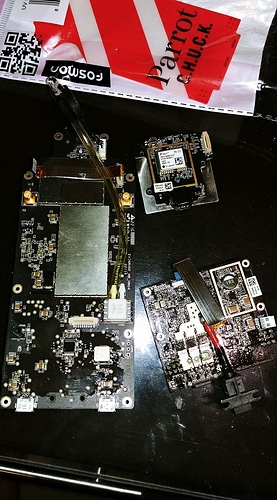 It’s not in arduplane but with parrot disco (and I think same with ebee). Pitot sensor is connected with only speed tube, not pressure tube. Since it was possible to make the disco working with arduplane, how could it works with only one tube ?
If we replace common pitot tube with this : https://www.thingiverse.com/thing:2328663 it should theorically working. What do you think about it ?