This works in the survey grid as would be expected as you can see in this image: 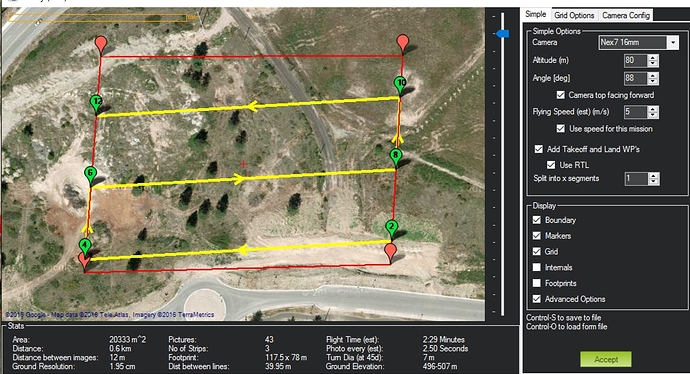 But after accepting, the flight planning windows gives you this (note the wp numbers): 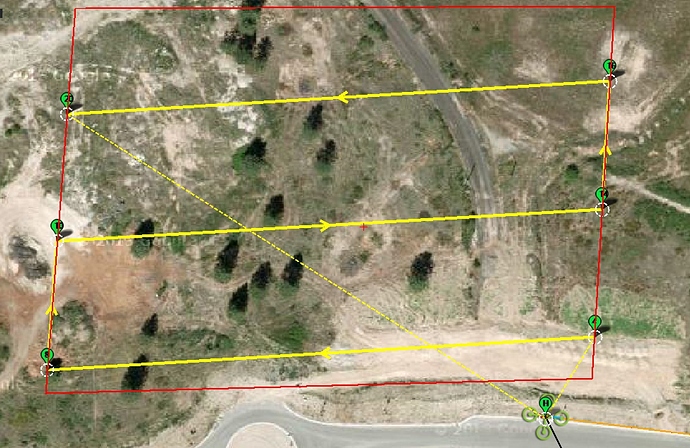 Now look at the mission listing with all the extra waypoints:

Lastly the result of the flight. Note the missed images on the first leg and makes for a very abrupt mission not to mention really slow getting around the turns: 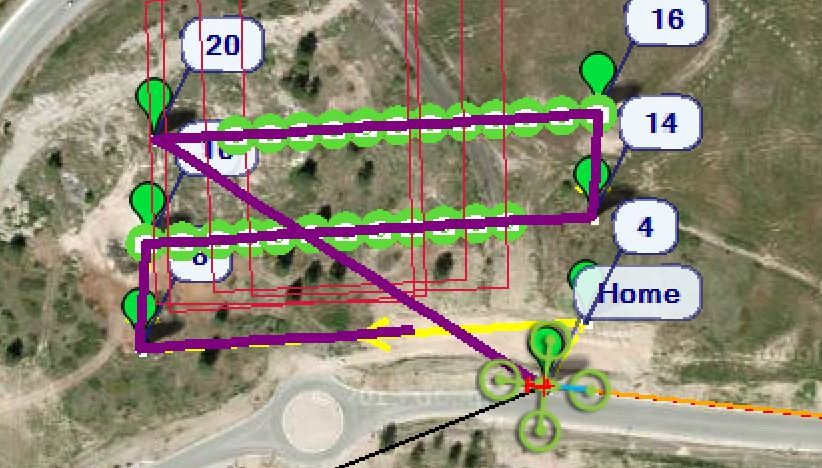 looking at the waypoint programming, I don’t see any reason they the first leg was skipped.
cam trig did was turn on after wp4, and then off after wp 6, and I can see that the cords are 172m apart. so I don’t know why it didn’t work.

the slow wp’s issue is because there are duplicate wp’s with the same locations, this is a bug because the leadin/overshot distance are set to 0m

The missed images turns out to be a wiring problem between the hot shoe mount and the digital input to the pixhawk.

cool atleast that part is explained. I will work on fixing the extra redundant wp’s

Awesome! Work today consisted of flight plans I had saved previously, so the day went well. BTW, can I use those other files for missions? The next few jobs had pretty complex flight plans. If I can use the .log0wp files it sure would save a lot of time.

Anyone got a workaround yet? Tuesday’s back to work lol! I’d do all my flight plans manually, but I just cant eye up the spacing just right : )

I uploaded a new beta this morning, please try that.

It’s working! Just did a bunch of flights today. Thank you!