Hello fellow quad builders and pilots! I am a new member of Ardupilot and have been working quite some time on various quadcopter frame designs. I have a background in building bush airplanes and wanted to bring the ruggedness of alloy metals into the UAV world. I have two basic designs with 10.75" motor arms allowing for 20 inch props. Both models are constructed with 4130 chromoly steel tubes (.035 wall thickness). I named them the CubCopter and SuperCubCopter after the famous Piper Aircraft Cub which is constructed out of the same material.

I have test flown both prototypes with DJI Naza Mv2 as well as Pixhawk 2.1 cube flight computers. They both fly extremely stable in autonomous flight modes. The Naza system seemed more stable in “manual” modes but that is more because I am a novice drone pilot. I have crashed both models every time I take over the flight controls. The airframes however have proved their worth taking a beating from a terrible pilot like me. I have only had to replace a few props after each wreck. There is 10 degrees of dihedral on the motor arms which helps for high wind…I am located in Wyoming so high wind and altitude are always a factor. The dihedral also protects electronics in case of a flip over crash.

With these parts I have a hover time of around 35-minutes depending on wind
Max wind resistance with the Naza seemed to be around 35 knots and maybe more; The windiest test flight day had a wind of 28 gusting to 35 and the aircraft was a little choppy but stable in gps mode and I could fight the headwind however I flew it away from me too far and lost orientation and crashed it. Disclaimer: I do all my flight testing on a ranch/airstrip with active Unicom frequencies on a handheld in case any air traffic is around. I have crashed a lot of these due to bad piloting but I do take safety for surrounding aircraft, people, animals seriously. 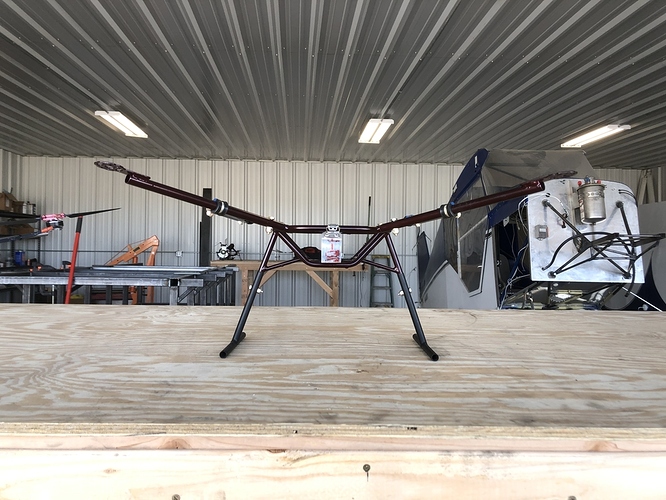 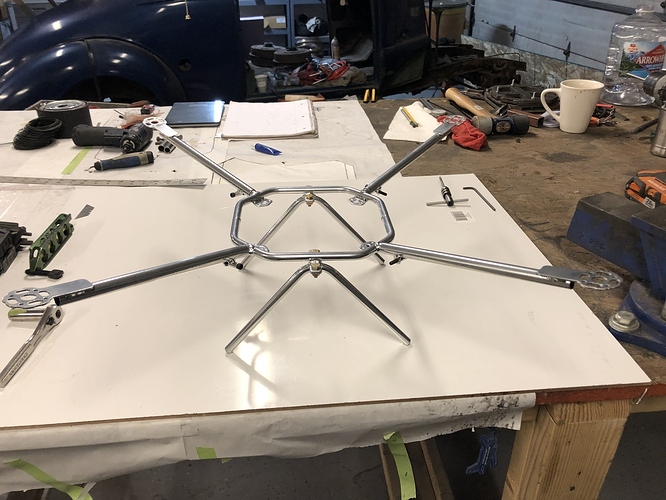 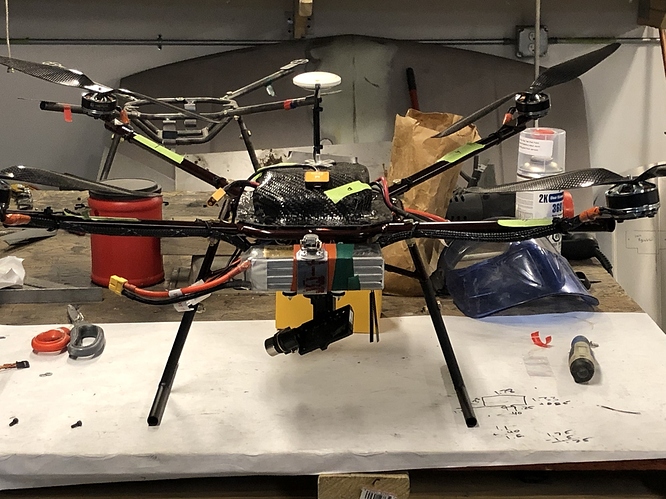 I am skilled with metalworking and aircraft building but I am still very new to the drone world so feel free to correct me if I get some technical terms wrong. Thanks for reading and feel free to comment, make suggestions, or any kind of feedback. These kits and more info are available at Edwardsaircraft.com

That are amazing frames.

What are the flight times/weight of frames?

I assume they are very rigid, right?