Airspeed Sensor Scales With Increase In Throttle While NOT Moving [SOLVED]

I have a Loong 2160 that I have built up with my chosen components. This is a VTOL configured in 4+1. This is NOT a kit from Foxtech, I just bought the airframe and chose all other components.

I have installed a SPD3x airspeed sensor made by Drotek. I have used this sensor for at least 3 years now and with one bad wire job on my part it has been a very very good airspeed sensor.

Since I am nearing the end of build I have started motor testing. While having the bird strapped down to a test table I slowly ratcheted up the throttle to 30%. The motor works fine, the throttle ESC is calibrated etc. All looked great until I looked at the reported airspeed.

The airspeed was saying 8mph when it should be reading 0 or 1mph. This sensor is THAT accurate. If there is zero wind the airspeed is reported as ZERO (unlike the analog and digital ones that typically are used which can report up to 13mph with zero wind). This airspeed sensor was made for VTOL applications.

Short video of the problem here.

WHAT HAS BEEN TESTED:

Pics (because it DID happen…) 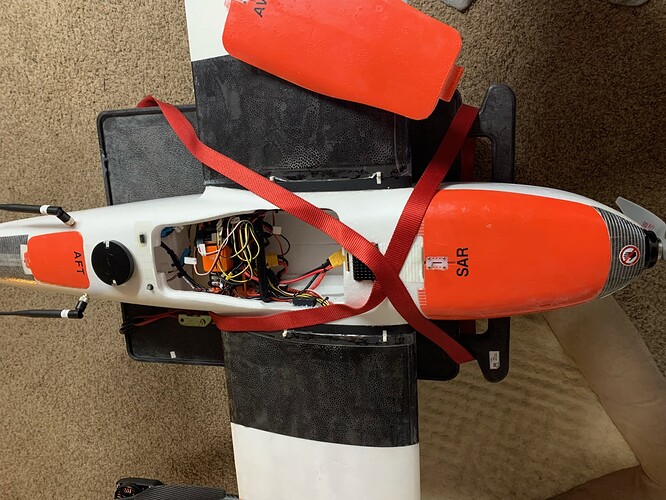 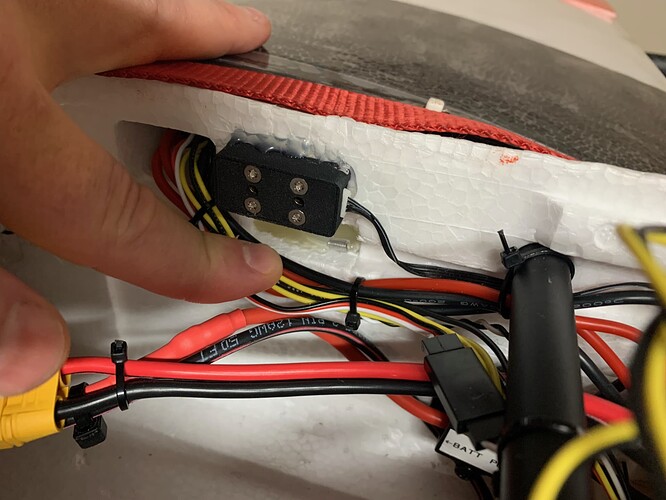 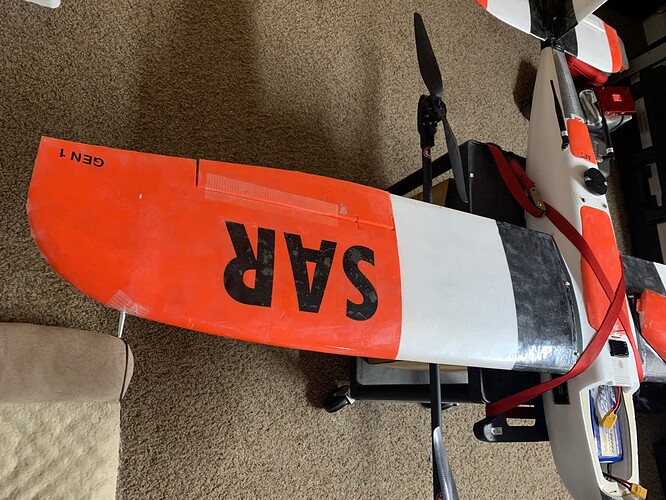 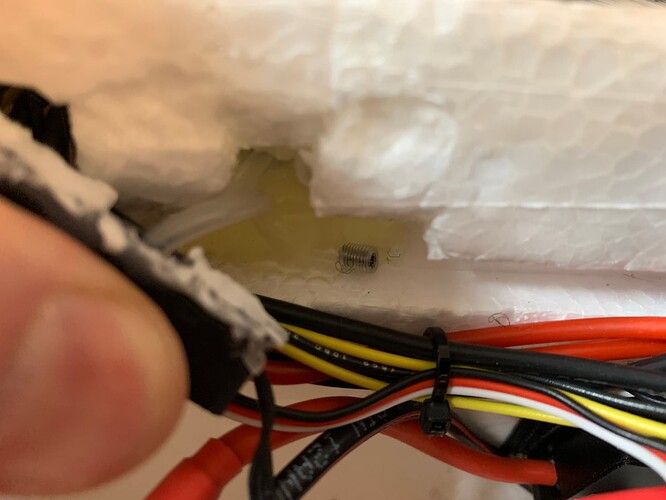 The hairs are NOT in the tubing, they were caught in the hot glue. 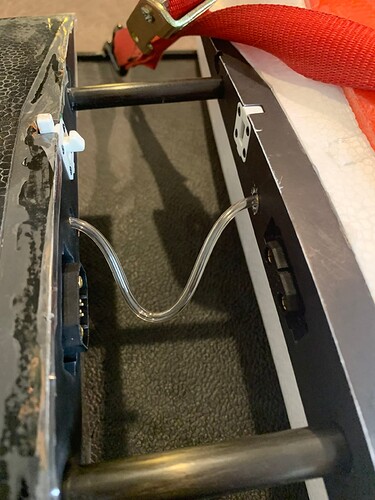 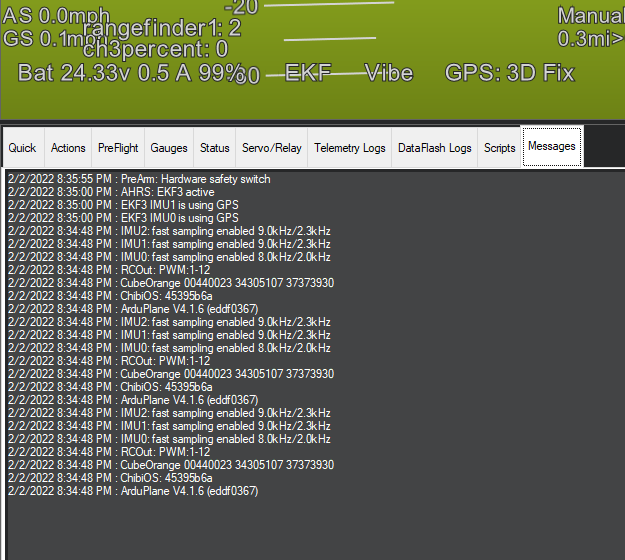 Anyone have any idea what this could be?

CONCLUSION: After many tests I think I might know what is happening. The tubing and brass connectors in the left wing (pitot tube dynamic’s location) is just fine and has no leaks. The brass connector and “bridging” tubing connect just fine and also has no leaks. There are also no leaks in the tubing that goes from the inside of the fuselage’s brass connector to the SDP3x, it’s all airtight and good despite having that weak point of a 12mm long “bridge” tube that goes from the fuselage to the wing. The problem is that the fuselage is NOT airtight. The hatches do allow air to move into and out of the fuselage but only a tiny bit. When you run up the motor with a prop attached this causes rapid air movement over these hatches and thus over the tiny cracks between the hatches and the fuselage body. This is text book vacuum creation. So as the air pressure DROPS inside the fuselage the static port (which is embedded in the fuselage wall) sees the slight pressure drop. This creates a difference between the pressure at the dynamic port (located far away from the prop’s moving air so it’s at normal pressure) and the static port (which feels some vacuum pressure) and it then gets reported as an increase airspeed.

If this is not whats going on then I don’t know. Either way, I’m converting the airframe to handle a combined static and dynamic airspeed sensor.

Rudder arming: Assuming that the parameters are correct for rudder arming, and you aren’t failing any pre-arm checks, then I would say that you should try to re-calibrate your radio settings in mission planner. Make sure your radio doesn’t have any dual-rate settings that are limiting the full throw of the rudder output.

Airspeed: Those sensors are just pressure differential sensors between the static port and pitot tube (dynamic port). All airspeed sensors work that way. So if your getting the speed increase with throttle then look for some kind of air leak that is letting the air pressure change around the static port. I’m not familiar with your exact sensor, but often the static air is taken from static ports located on the pitot tube. Or maybe when you run the motor something is flexing causing the line to the pressure side to get pinched. If your running the motor with the centre panel removed there might be a pressure drop from the air movement over the fuselage.

Maybe for a test, try running the motor without a prop. If the problem is still there, then it’s electrical.

I put it in manual mode and removed the prop. Spun the motor up to 70% with NO effect on airspeed so yes, there is a problem with the airspeed system it’s just not electrical or firmware/software related.

TYVM! That helps a lot!

As for the ARM/DISARM I re-calibrated my transmitter and still no joy there. My Arming settings are: