the maiden flight of the Custom ArduPilot flight controller with on-chip OSD, and New Years Eve seems a very appropriate day for it.
https://www.youtube.com/watch?v=90VWl2jUrW8.

I installed the FC in a Flying Wings Falcon, since I had previously used this airframe for the hack board version of the flight controller. Here are some pictures of the installation: 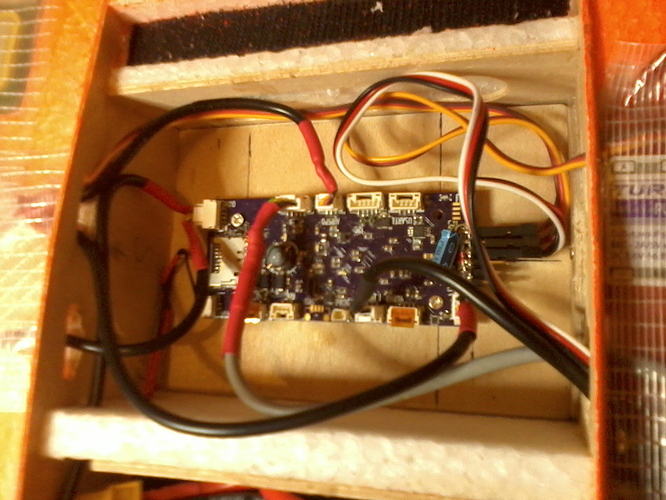 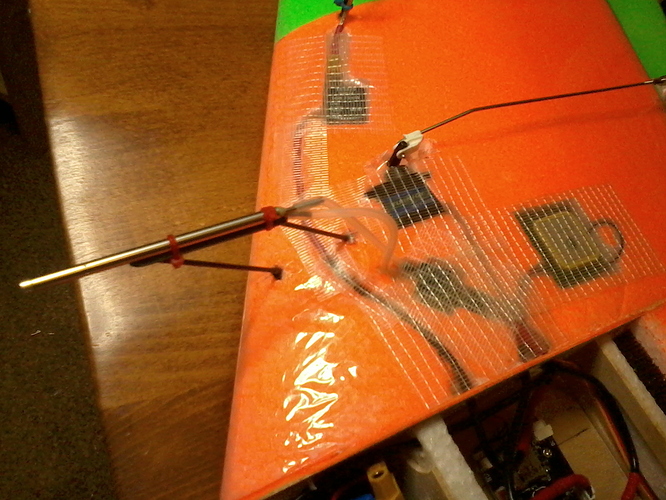 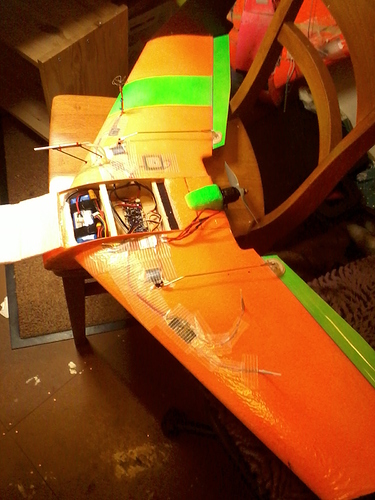 One “novelty” of the current code is that every minute in the video, you can see the whole system freeze for a second or so. As this happens regularly once a minute, my guess is that it is due to with saving compass offsets to EEProm , which is scheduled once per minute. The crude algorithm I used to guarntee data was written before being read clearly needs work!. Despite this issue, the flight was successful and the most important feature Return To Launch mode was tested and works well.

So in addition to an OSD you also have on board modulation to add Antenna Tracker data to video?

I recently purchased a Pitlab OSD and Autopilot and GCS because I just wanted to try an integrated system with a pilot-centric OSD.

It would be great to have a similar option for Ardupilot. Frankly the Ardupilot AT is just a sledgehammer to crack a nut. A system where we could just point the AT north and get required telemetry from video would be great.

Be happy to test a board if a batch can be set up. I will have an AT setup (both Ardupilot and Pitlab compatible).

@Marc. Thanks for the support. Yes the board supports telemetry via the video feed (That said it wasn’t working on the maiden unfortunately)

I wil of course keep you posted about the boards

Great news. I’m in for one when Jerry gets back

Me too. Let us know.

Do you have an antenna tracker recommendation that will work with video telemetry?

I really am not a big fan of the Ardupilot AT although I am building one. MFD is good system but fairly weak mechanics. If your board can support other antenna trackers that would be really good. Do you have an Open Source recommendation for something that would work with your FC?

I have a tracker that I have used for several years. It was based on a stm32f4 discovery board, but it could use a cheap stm32 flight controller. It used a gear motor and slip rings for continuous rotation. There is some info here
http://www.zoomworks.org/fpv/antenna_tracker/index.html

I did some work on some new mechanics for a tracker to be printed on a 3D printer includng the gears and everything. The new one was intended however to be compact so designed for 5.8 GHz video antennas really. It folds up so it can go in a backpack 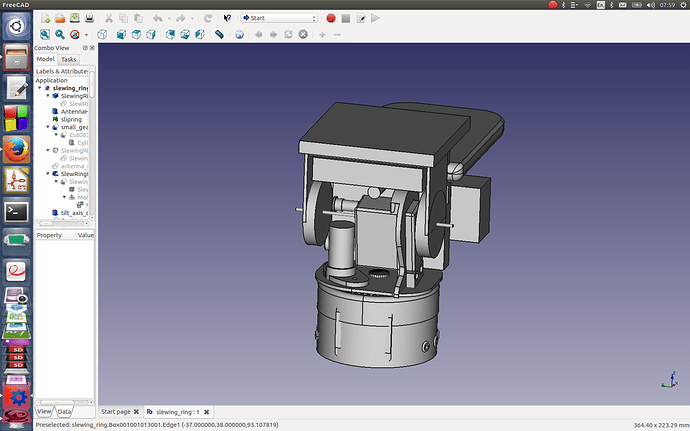 As far as decoding the telemetry from the video, I think a cheap microcontroller such as stm32f0 is easily capable of doing that and turning it into serial output, which would be a very compact board, so I hope to do that at some point. In fact to start with it could just use one of the stm32 devel boards. which initially plugs into an existing tracker such as the current ArduPilot one