3DR uBlox not powering up

I am having an issue with my 3DR ublox gps/compass which I hope you can help me with.

Further info – I am using a Pixhawk powered via a 3DR Power Module. The I2C goes via an I2C splitter to the gps/compass and external led.

Any advice would be appreciated.

Did you get any lights on at your GPS module? And did you measure voltage from both cables. 3DR GPS/Compass module have two cables. One to compass and another to gps. Did you check both cables?

No lights at the GPS module.
Measured voltages at the point where cables go into module. Mag connection was 5.1 v and GPS was 2.2 v.
Given there is power at the input to the module I would have expected to see the module power light come on. When it didn’t I tried a new module but again no power light.

You should have 5V coming out from GPS port, looks like it’s not your GPS that got damage, it looks like your pixhawk have some damage on 5V outputs. Try to change GPS cable to be on Serial 4/5 port.
There is one feed trough capacitor just in front of those serial ports.

Ok then it looks like you have bigger problem on the Pixhawk itself. Somewhere along the way on 5V system there is now damage that will be difficult to track/fix with traditional tools.

As if one area has only 2.2V it means that it can be on many other areas too. One way for sure is to take 5V from compass cables. But as said, 2.2V where there should be 5V means bigger problems.

If board is still under warranty, you could try to contact store that sold it. If not, then it might be that you need to get a new pixhawk board.

If you are or you have a friend who is good on electronics, you could take board to him/her to take a look at board. It could be just bad solder that came loose on your crash…

OK. Really appreciate your help.
I tried to track down info on the Pixhawk internal power system but found nothing. Will but a new one and have a shot at fixing the old one.

You can try to look all other 5V outputs too. I traced it to down to U602 chip which is battery/power management chip. That chip is mostly responsible of 5V powers around the I/O connectors. Beyond that I cannot go without seeing your pixhawk.

Hope that it helps. 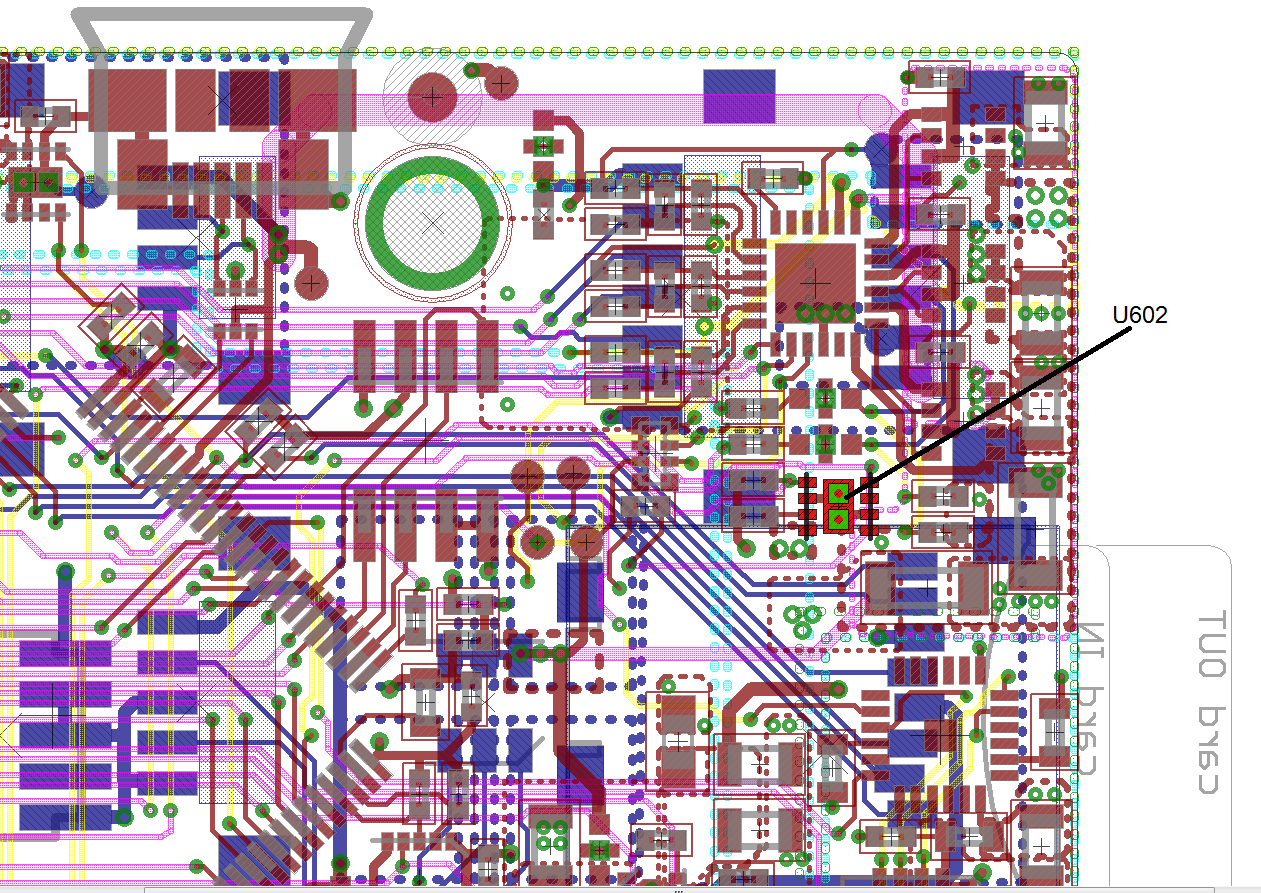 I have been studying the log from this flight to try to understand what caused the crash. Here is the log https://drive.google.com/drive/u/0/folders/0BzgN37_hrX0yaTdjdnp0ZFUxZHc
"Baralt" shows power off at 1.5 meters above launch which agrees with what I saw. “Vcc” and “Throttle” show spikes up just before crash. Throttle spiked up to about 1000 and I’m not quite sure how to interpret that?
Did I simply loose power through a bad electrical connection - it was hard to tell from post flight inspection due to damage - or did something cause a power surge resulting in a brownout just prior to the crash?
I have just received a replacement Pixhawk but would like to understand what happened before just plugging in the new Pixhawk.

Looking further at vibrations, the log recorded the impact so there was power to the Pixhawk at that time but the current dropped a second before. So why was power lost to the motors but not the Pixhawk?