After updating the program to version 2.0.20 it won’t start anymore. In Windows 10 the black terminal window shows up for just a split second and then vanishes. That’s it. By filming this screen with my phone I was able to read what it actually said:

"Qt: Untested Windows version 10.0 detected!
This application failed to start because it could not find or load the Qt platform plugin “windows”.

Reinstalling the application may fix this problem."

Sadly though, reinstalling did not fix the problem.
What should I do to run the program again? The previous version ran just finde on that very same machine and Windows. All I did was update because the APMPlanner itself suggested that I did so.

I would love to help! I don’t have experience in programming or testing, but I’m willing to install all kinds of software on my Windows 10 and then tell you what happened!

(I have one Win10 china tablet that runs 32 bit and one Win10 partition on a MacBook Pro that boots a full 64 bit Windows 10. I am willing to try stuff out on both systems and report to you the results.)

Cool. If you get a chance, grab the latest build here:
dropbox.com/sh/6tx02zn95ykt … MoKia?dl=0

ok, this installed and the program is running. The only thing odd is that some of the buttons and labels are so small that you cant read them. In the version prior to 2.0.20 that was still running, all the text labels etc. were the right size!

Notice the buttons on the bottom of the screen below the map! 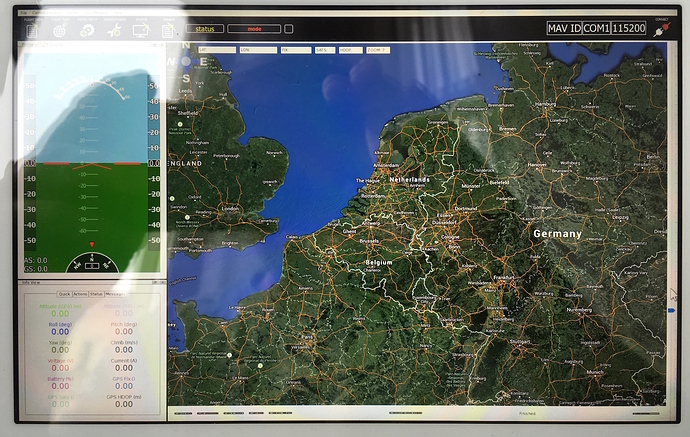 That probably related to HDPI being supported in Qt5.6.0. The quickest fix is probably building a version with Qt5.5.1 (but I think that has issues on Win10, I’m not sure)

What is “building”? How would I go about doing that?

That would be building it from the source code https://github.com/ArduPilot/apm_planner But I am not sure the README.md is unto date. I’ll check with dcarpy if he can do a newish build that fixes the issue you are having

Should have something tonight…

Thanks, let’s hope it solves the problem.

Thanks for the quick work! Unfortunately, the GUI is still unreadable: 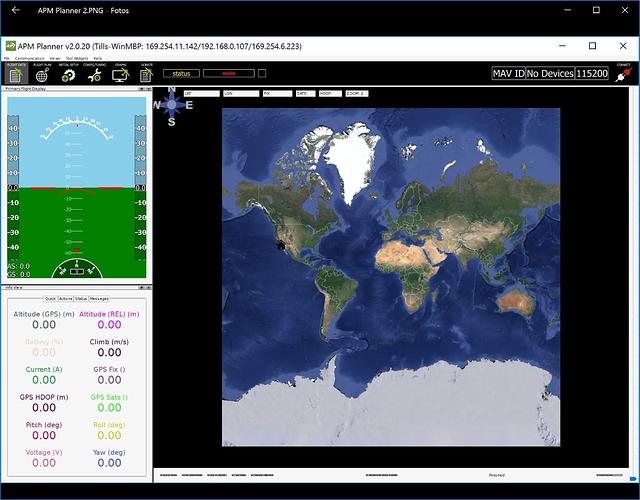 You might be ab,e to temporarily fix it by setting a system environment variable

Should I open an enhancement request to support HDPI monitors? Might be a good justification to buy one for testing purposes of course.

That would be wonderful. And I think it’s not uncommon nowadays to be using one of these China tablets in the field a lot of which do have hi res screens.

I know this is an older post, but I am actually getting something similar in Windows 7, and I cannot find a way to get around it. I even installed the full Qt suite and copied the dll to the APM Planner directory:

C:\Users\Administrator>"C:\Program Files (x86)\APMPlanner2\apmplanner2.exe"
This application failed to start because it could not find or load the Qt platfo
rm plugin “windows”.

Reinstalling the application may fix this problem.

Hi John. Which build did you install?

I have downloaded it from here :http://firmware.ardupilot.org/Tools/APMPlanner/apm_planner2_latest_win.exe which is linked on this webpage: http://ardupilot.org/planner2/docs/install-windows.html.

I have also downloaded it from here: http://ardupilot.com/downloads/?did=91 by clicking on the “Download” button, which I don’t have the direct link for, because it is php driven.

At one point, I also tried the stable version from github.

BTW, I opened an enhancement request,