I have finished building a boat with 2 t200 thrusters setup in skid steer, I’m planning on using a Logitech control as the joystick I have a Ardurover set up that works great with the controller (its not skid steer) left thumb stick forward and back is throttle and right stick left and right is steering. I’ve been through the documentation left throttle and right throttle are setup correctly. however the controls are flipped, right thumb control left and right is doing the throttle and the left stick forward back is doing the steering, nothing I change seem to alter it. that set up,

Can you post a screen shot of your joystick setup and what is controlling the different axis’s. I use a Logitech extreme 3D pro so maybe I will see what your problem is.

On the Joystick calibration page. Throttle (left stick: forward and back) show as 1 and the direction (right stick: left and right) shows as 2. 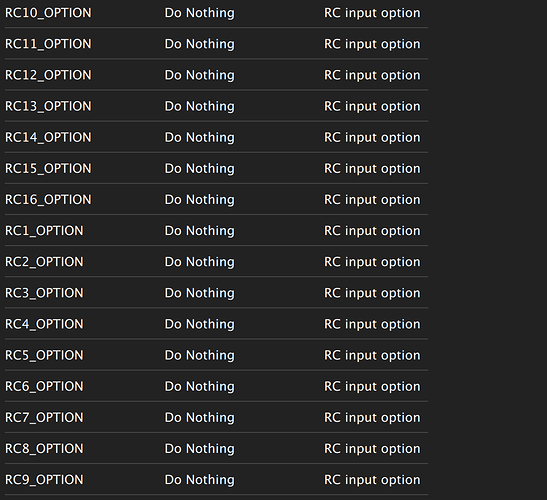 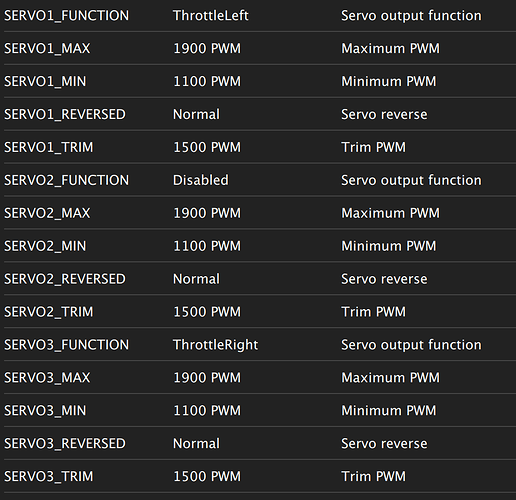 People often mix up inputs vs outputs. This sounds like an input issue but to rule out an issue with the outputs I would double check that the motors are moving correctly using MP’s motor test page.

Another common mistake people make is to set the PILOT_INPUT_TYPE = 1. Normally this parameter should be left at 0.

It would probably be good to provide a dataflash log of the vehicle armed and moving in the wrong way.

apparently joystick does not work with QGC on boat

That is a very old forum post. Since then ArduPilot has added to support for MANUAL control using a joystick which is what QGC needs to make it work.

great! I am personally planning on using it myself on my first Arduboat soon

Thanks for the reply. I know I have the channels correct, pretty sure input type is set to 0 also. I will report back with the data flash Log, I just have to find a computer to install mission planner