Rover-4.1.0-beta7 has been released for beta testing!

Rover-4.1.0-beta7 has been released for beta testing and can be downloaded from the ground stations (e.g. Mission Planner, QGC) using their beta firmwares links

The changes are in the release notes and also copied below

The feeling in the dev team is that we are actually getting fairly close to the stable release so this could be the last beta releases before the official stable release.

All testing and feedback is greatly appreciated!

Great news, Randy…and great fixes as always! Looking forward to getting this one onto the mower and on its way.

Also, I think this is as good a thread as any to raise this possible documentation issue:

The speed/throttle tuning documentation specifically advises against using the ATC_SPEED_FF term, claiming that it is unused:

The P, I and D gains for this controller are held in ATC_SPEED_P, ATC_SPEED_I, and ATC_SPEED_D parameters respectively. ATC_SPEED_FF is not used.

However, as I delved into tuning in a probably unhealthy amount of detail, I noticed that the AR_AttitudeControl::get_throttle_out_speed() method specifically adds the FF term to the output.

Am I simply misreading the code, or should the documentation be updated to reflect the inclusion of the FF term for speed/throttle tuning?

Great to see this Randy (@rmackay9) . I specifically noted 1c: “GPS_DRV_OPTIONS allows forcing UBlox GPS to 115200 baud”. I assume that is my request for UART2 baud on both GPSes to be set to 115200, although it does not explicitly state “UART2”. I was not expecting to see this enhancement, given @Tridge’s comments elsewhere.

I installed beta7 and the latest MP beta this morning, checked that GPS_AUTO_CONFIG was 1, and checked the box to set the bit for the 115200 baud in GPS_DRV_OPTIONS (which set the mode to 5). I did not get an RTK Fix on the MB. Checking with Ucenter, I saw that the baud for UART2 for both GPSes was still 460800.

Just wondering if I missed something.

Thank you much!
Kenny

no, this is for the uart connected to ArduPilot. It is for some ublox M8 modules that can’t handle 230400

OK. Understood. That explains it!

Thanks for the note re the speed controller’s FF. I’ve updated the docs to instead say “ATC_SPEED_FF should b left at zero”.

I have thought a couple of times that we should use FF and instead get rid of the cruise-speed and cruise-throttle parameters. The only thing is that it might be harder for people to mentally calculate what FF should be. If we did this we would change what the “Learn Cruise” does to instead set the FF value so this method would be no harder.

… anyway, there are bigger fish to fry probably. S-Curves is what I’ve got to do next.

Thanks for the explanation - I understand. There’s always room for improvement, but I am satisfied that throttle tuning for rovers is perhaps a low priority. I haven’t found it to be a particularly difficult challenge, it was just a curious discovery that FF was included in the control loop output.

It’s been raining a bit here this week, so I haven’t had much chance to test the new build. I did look through the release notes, and it looks like a lot of them directly address many of the concerns in the ongoing discussions regarding moving base configurations and GPS-for-yaw. The weather is improving, and I hope to do some good testing shortly. Thank you as always for the fixes!

I took beta7 for a test drive yesterday and today, and here’s what I’ve got:

I have been running beta7 for a few days and it has been working fine.

UNHEALTHY GPS SIGNAL Issue:
I can corroborate that if GPS_AUTO_CONFIG=0, “Unhealthy GPS Signal” is constant. No noticeable issue with navigation or yaw, however.

GPS-for-yaw config improvements:
As far as I can tell, everything is fine here. Personally, I still feel that that ArduPilot should let the user specify the value to which Auto Config will set the GPS UART baud rates, but it is not a show stopper.

GPS_POS_X/Y/Z:
The fix here is great! Pivot Turns are very precise now and I believe that general tracking in Auto is improved. 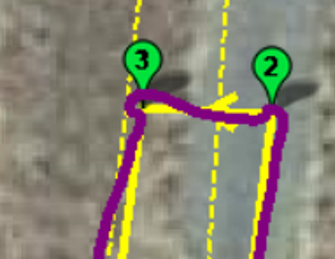 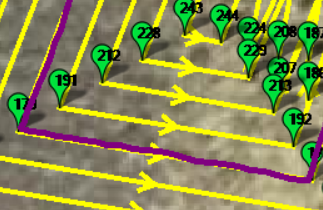 (Full disclosure: I had the INS Position values all at 0. Fixing that and the fix to the code enabled the new and improved pivots.)

Possible issue with BendyRuler:
I have been using BendyRuler quite a bit with exclusion fence polygons and circles created in Mission Planner. If I turn off avoidance by setting AVOID_ENABLE=0 and plan a mission through an exclusion fence, the vehicle will pause briefly when it encounters the fence, but then pass on through the fence.

For the GPS position it is described here on the wiki.

So Y is right, X is forward and Z is down. So if the GPS is above the center-of-rotation then it should be a negative number. E.g. 10cm above the center of rotation would be -0.1.

Ok, so you’re using GPS-for-yaw which is described here on the wiki.

Ah, excellent news! Thanks for the feedback.

I know Rover-4.1.0 is on the cusp of release candidate status. Is there anything else in need of testing or validation?