Motors to 1% after auto landing but not disarming, why?

My question is: why is it that when it auto-lands in Land mode, the drone turns off the motors for about 5 seconds and then the motors start beeping and the props shaking like it was in 1% throttle? If I switch back to loiter or stabilize, or any other mode the props start spinning again! That is quite dangerous because I can think that it’s disarmed but it’s actually not! Is there a solution to it? Or I need to switch modes and disarm manually? Did anyone face this problem before?

that can happen with interference from bad fpv cameras, vtx or telemetry radios.
The beeping indicates arducopter has killed the motor outputs as it should, then something else is putting noise on the ESC inputs that is interpreted as PWM.

It happened before I attached any fpv stuff or cameras or telemetry. Can it be a bug in early versions of the firmware? Also that doesn’t happen when the copter is disarmed!

Also note that if it would be interference, that would happen every time, even when it is disarmed, that’s not the case! It only happens in the scenario described above!

Can you attach some flight logs of these events for analysis? That would help to understand what might be happening.

Yes, sure! https://drive.google.com/file/d/1L5eV4-GuhiTRHOsED9QeZUIau9KXNL29/view?usp=sharing
And also another thing not related to this but still wanted to ask! Why is there a straight line in almost every log (and every log parameter, even GPS coordinates) like you can see in this screenshot: 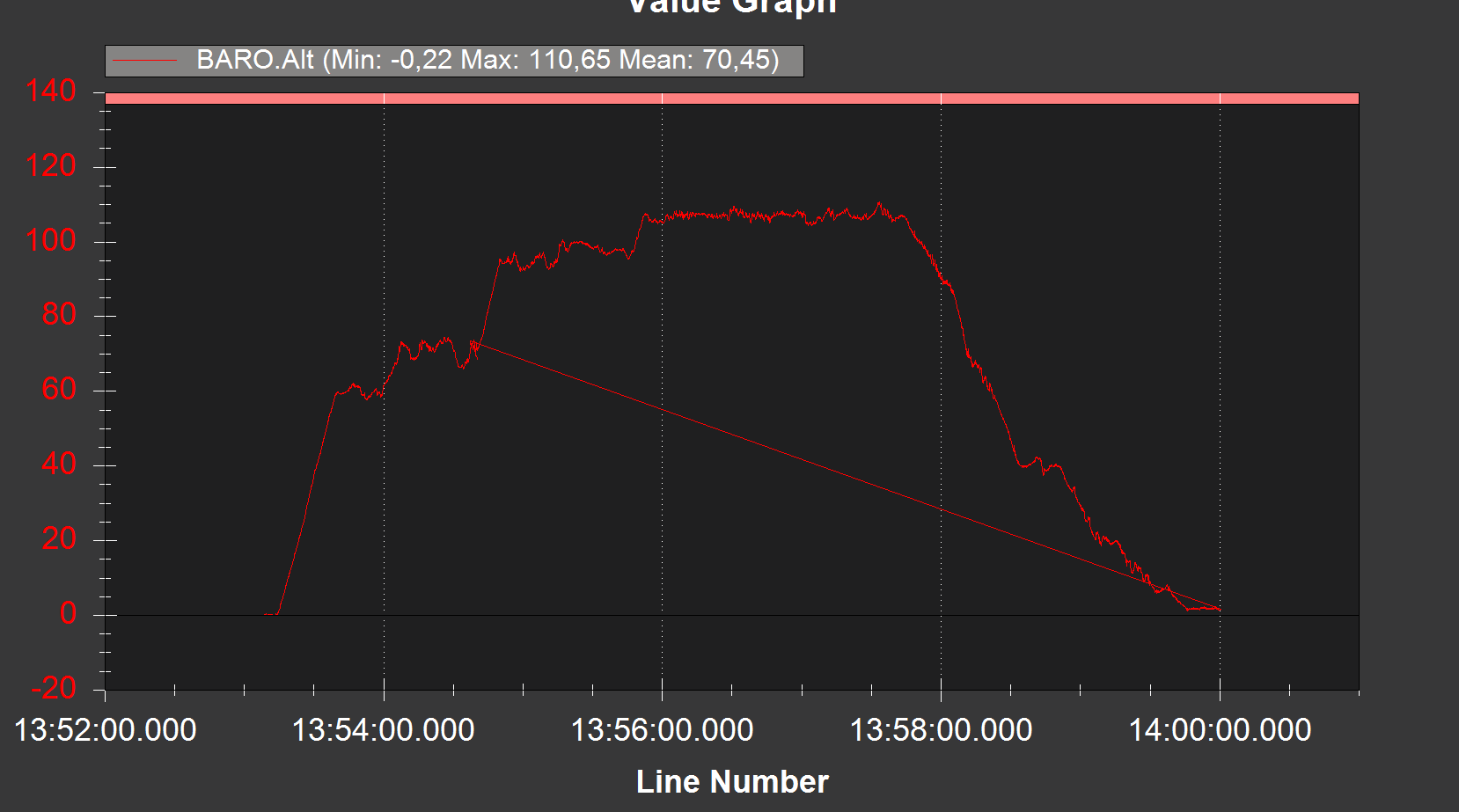 Also you can see it in the map (the blue straight line): 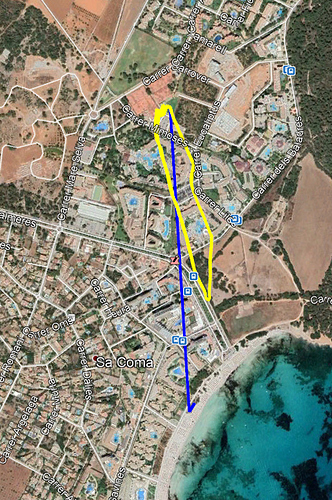 That is annoying me when looking through logs! Why that could happen?

Usually you get that track line because there is not a good GPS 3D fix when you arm and fly (and logging starts). The GPS unit doesn’t get a good fix until after take off and away from ground clutter.
If you set these you will not be able to arm until there is a valid 3D fix, which could be the desired behaviour:
FENCE_ENABLE,1
FENCE_ALT_MAX,120 <- enter safe values here
FENCE_RADIUS,600 <- enter safe values here
FENCE_TYPE,3

This is not exactly your problem though…

In your case the bad track line, reduced number of sats and bad HDOP, mostly happens at the end of the flight - probably at the same time as you are seeing the ESCs reactivate. It’s like the flight controller is trying to move to where it is supposed to be, given that the GPS is saying it’s now a couple of miles away.

I notice the battery voltage goes quite low. Vcc is not great either. Maybe the GPS unit would benefit from a better Vcc, around 5.0 to 5.3 volts instead 4.85.
See Big GPS Round Up for how the supply voltage can affect the GPS units more than most people expect.

You have some funny things going on in logging too, not sure if it’s a bug or because of the GPS going bad after landing and skewing the time.

I really would persist with upgrading the flight controller and firmware, because the logging is so much better and there are so many improvements.

But also I want to point out that the place the straight line leads to is very close to the previous flight’s homepoint (in like 30 meter accuracy), why that could be? Is it like when it loses gps it thinks that it’s in the previous homepoint, but how does it remember the old homepoint, from logs or what??