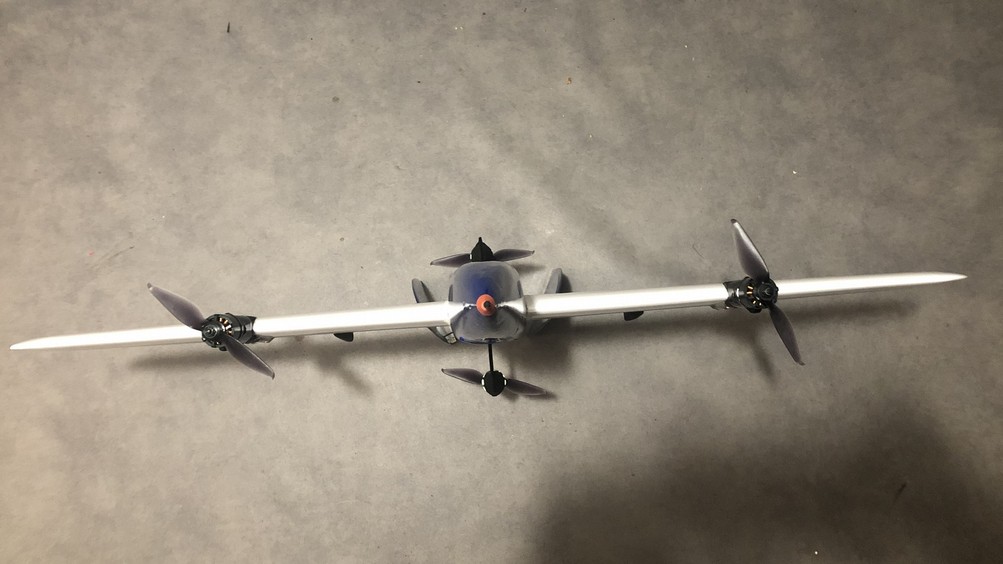 jetwing1003×564 87.3 KB
There is at least 2 reasons I like tailsitters. They are perfectly suited for my small flying field and I like to see a plane just floating in the air. Since Arduplane support tailsitters I made dual motor types but more recently copter types were added. Special thanks to @kd0aij and @iampete

This topic is for discussion of development for “copter” tailsitters, which are tailsitters with multicopter motor geometries. Previous discussions took place at Dual-motor tailsitters


I thought the quad plus was the right type to make a racer able to land in my hand. The top image shows what it looks like from the front

And floating in my garden 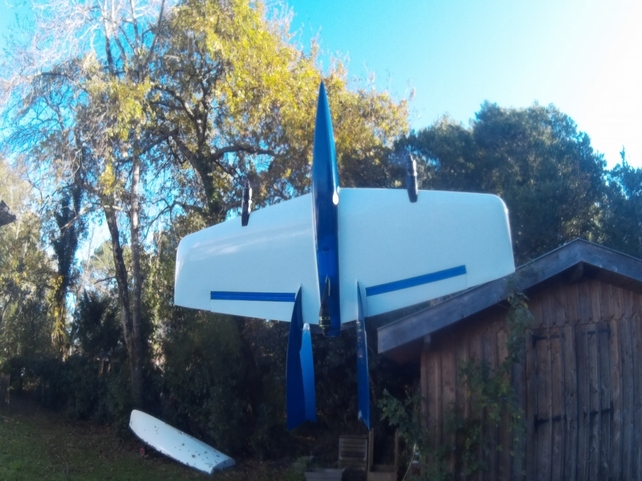 Wing span is 90cm, wing is made of wood on a foam core and fuselage is made of Balsa.
Airfoil is TP100, a 7.3% thick profile designed for fast plank tailless wing. Like other airfoil in this class, it is designed to have a stable “almost 0” pitching moment whatever the speed. When looking at longitudinal stability a stable Cm allow to reduce the static margin and this is what we want to get a stable hover. For this wing static margin was set to 7%.
Vertical fins are set at a certain V angle to bring more stability.
Wing motors are sunnysky 2212 2600KV, top and bottom motors are Viking 2208 2600KV.
But the most important is the batteries 2200mAh 2*3s graphene 70C, potentially more than 3KW, not bad for a 1300g plane RTF. Maybe you would warn not to use 2600KV motors on 6s and you are right, I have burned several of them so throttle must be managed with care.
To go fast you need power and fast propellers. Pylon racing propellers are fast but not available CW/CCW and they hardly produce a small thrust at low speed. The fastest suited propellers I found are Emax Avan S 5x7.5. Their pitch is surely not 7.5 inches but they produce a nice thrust.
ESC’s are multistar 51A, I know they do not always have good reputation but in my case they were rock solid. The BLheli soft is able to detect the short produced by a burned motor so they survived a lot of abuse. I just added a aluminium capacitor at their input.
An other important detail is elevon servos. Because you want 45° throw to fly as a copter and only 2 or 3° when flying fast. So, fast and accurate servos are mandatory.

A first video to show hover flight, transition and fast forward. To be honest, this is not the more stable in hover I have made but this is OK on a calm day.

Is the quest completed ?
Two speed run with yaw in one direction and other direction almost 180°. In both directions max airspeed is about 84 m/s (302km/h). Max gps speed are 88m/s and 81m/s. I think gps speed is only horizontal speed so adding the vertical speed would give a higher speed. 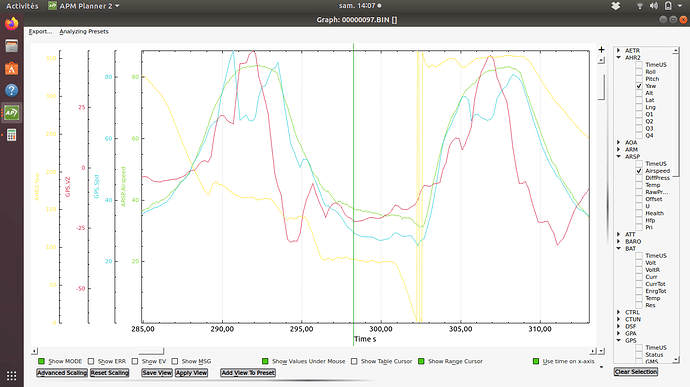 An other interesting speed is max vertical speed about 64m/s. 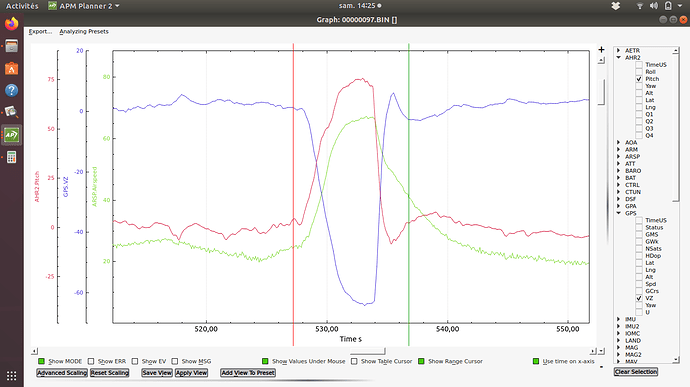 Amazing build! as ever, certainly the fastest VTOL I have ever seen!

Looking good, I moved the image to the top to make it prettier when viewed from ardupilot.org.

Thanks for posting this; I love the sound of those high speed passes!
Also, hover and transitions look great to me.

Awesome work! Can you share more details on the build? I have been thinking of building another tail sitter, but haven’t made up my mind on the configuration and parts I want to use…

Are there going to be changes made to it for another version or are you happy with the way that it is now?

This is already the third version of my jetwing and I do not plan to make an other one as I dont look for more speed.
Glad to hear you want to make another tailsitter. The configuration really depends on your objective. A non vectored dual motor is mechanically simple and can fly beautiful but need a dedicated frame and a perfect tuning. The vectored dual motor does not require a dedicated frame and is less demanding about CG position and parameter tuning. Yaw control can be very strong because it is controlled by control surfaces and vectored thrust. The quad plus is not the more stable because yaw control (earth frame) is only done with airflow on elevons and only half of the airfow is used for that. The quad X can be very stable provided all four motors are in front of control surfaces and you can take advantage of differential torque to help yaw control (I think this feature is not yet available with plane 4.0.7). Moreover, by tilting motors inward (together with differential torque) you add vectored thrust to control yaw. This is what I did with my biwing.


Another advantage of the quad X is Qacro mode that makes a lot of fun and the qassist feature make the plane totally impossible to stall.
This long writing to say that the main difficulty associated with tailsitters is yaw control in hover when a turbulent wind blow. So depending on how windy is your flying field and what is your objective you can choose a configuration.
2 Likes
QuadPlane Frame support
zaumo (Melono) February 7, 2021, 1:24pm #10

Very interesting build. I haven´t seen this config in the manual and have this questions:

I had used Jwl-065 airfoil for the tandem wing, this is a very good airfoil for plank tailless wing with low and stable Cm. That choice was very conservative. You are probably right, an negative Cm airfoil with a higher Cl/Cd ratio could be better. A more cambered airfoil with more lift for the front wing makes sens too.
The biwing is a copter X tailsitter, it is already supported by arduplane.
Front control surfaces were right and left elevons (77-78) but canard style. I mean surface deflected downward = front wing goes up. To my mind it is better to keep them active in plane mode because it gives more maneuverability and increase front wing lift to go up.

Thank you for your suggestion, it is too important to me.