Why did my drone crash? please help in finding out

Hi,
I have bought new Tdrones m690 drone . Installed pixhawk cube orange ,herelink and dual here 3 gps on it. Flashed new firmware and setup all necessary parameters . Took it for a flight test but it behaved very differently. After takeoff it rocketed to 100m altitude without any input from the pilot and at 100 meters altitude ,it started wobbling and flipping in the air . We had set a geofence also which got triggered but the drone didnt follow RTL. when the pilot tried reducing altitude the drone just didnt respond. The flight modes were changing but no response from the drone. Finally it crashed. I am attaching the log files here.Please help me out in finding the problem.If you need any extra information please let me know.
Thank you

did you do any test flights in stabilised mode so it could learn the motor hover position? from what i can see you tried the first test flight in position hold mode, you need to start in stabilised mode with manual throttle control so it can learn the motor hover position, overwise it has no idea how to hover and it will either shoot into the sky or fall to the ground.
https://ardupilot.org/copter/docs/ac_throttlemid.html 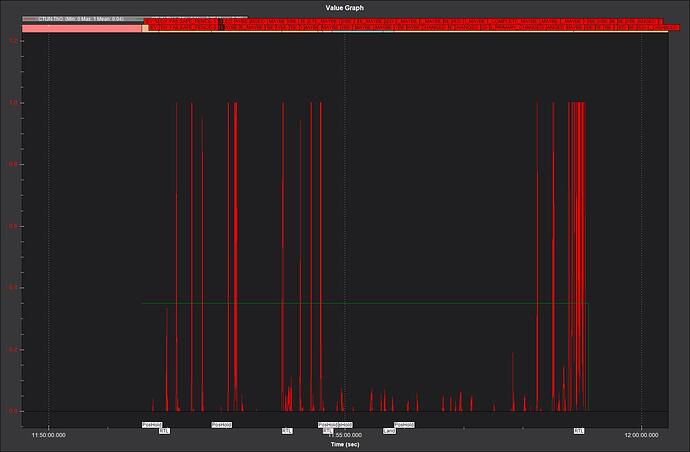 you also have some rather extreme vibrations, this will cause problems trying to hover as it uses the z axis accelerometers along with the barometer for holding altitude. 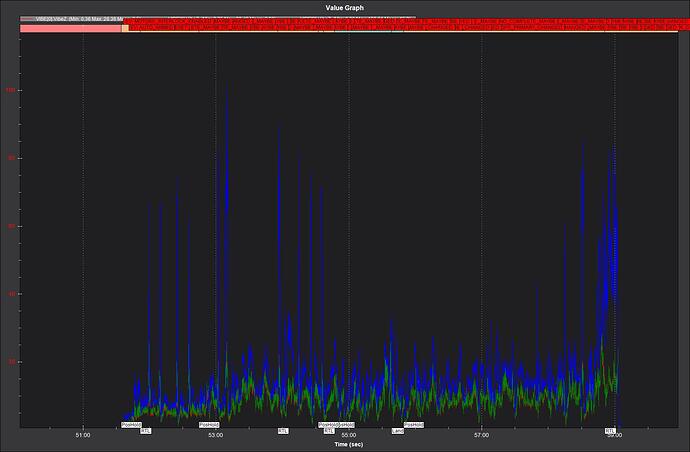 @geofrancis . Hi thanks for the reply. I didn’t fly it in stabilize mode .That was a mistake from my side. The vibrations peaks that you found in the log are the points in which the drone flipped .It flipped multiple times in air but the drone recovered again and continued hover. This has repeated several times throughout the flight. During hover though the vibration is within 30 m/s/s.

Where do you see extreme vibrations?

Took it for a flight test

Why would you do that before setting the Initial Tuning Parameters? Looks like you increased Stabilize P&I (randomly?) but all else is at default. The motor outputs are an oscillating mess.

Get back to basics before attempting another flight. 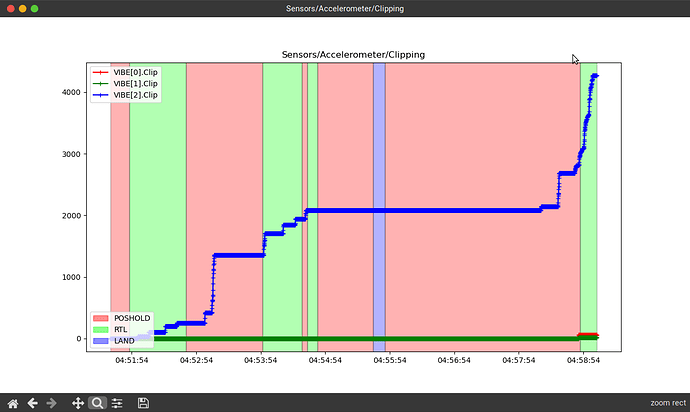 It’s interesting the other two IMUs aren’t suffering as badly.

@sahil_sajid , there are still many default parameters that need to be set before you can safely fly in POSHOLD.

Since it doesn’t change lane, imu 3 clipping is not relevant. imu 1 hasn’t any during the flight so there aren’t any extreme vibrations. Alt and desired alt are exactly what the uav was told to do so no vibration confusing the z axis. Again, the uav does not suffer from “extreme” vibration.
I noticed there is a sonar altitude logged at zero all the time, maybe has something to do with it if, by any chance, sonar was set as main alt source.

I agree. I wasn’t so much defending the idea of extreme vibrations, as suggesting this is where the idea came from. It does seem odd to me that the three IMUs are so different.

The fact that the drone is climbing at a good rate with the rcout 1-4 rather low is strange. It looks like the copter climbs at very low throttle to the point that minimum throttle to keep it stable makes it climb. Maybe too high kv motors or too high cell count?

Looks to me that they sell that craft with a 4S battery and this is on 6S.

Yes. Will work on tuning it properly before flying in poshold mode.

Thank you guys for all your replies .