Trouble setting up SITL on linux

I’ve been trying to setup SITL for linux per the following link.

I have ran into trouble at the step requiring me to run “sim_vehicle.py --console --map --aircraft test”

sim_vehicle.py runs by being called in the terminal and JSBSim works also, but I get the following error:

This is where it hangs… Any help would be appreciated. I really want to run ardupilot on my own model aircraft once I understand ArduPilot better.
Thanks for any help!

It looks like it’s failing to launch mavproxy. Make sure that you have installed mavproxy on your system via the pip command in the tutorial.

Thank you for your helpful input.

I got it working by using pip2 instead of pip to install mavlink & mavproxy.

Now I can end the night flying into the sunset. Thanks alot!!! 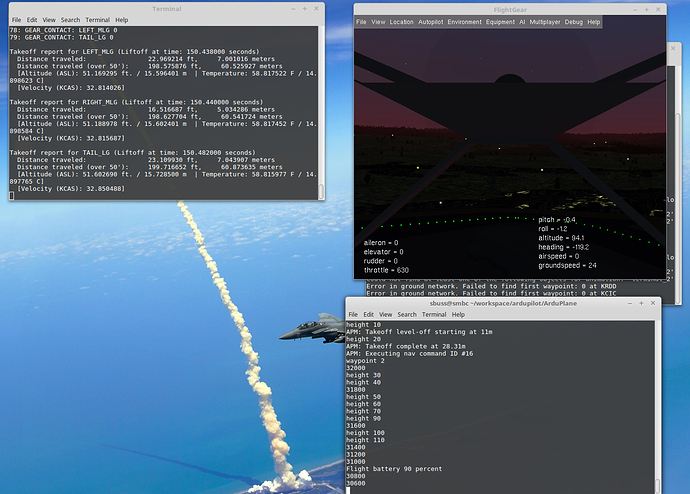